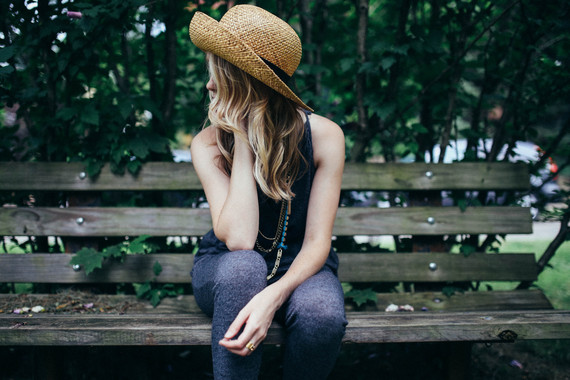 If you're one of the approximately 30 million people who have been laid off from a job within the last five years, you know all too well that being unemployed can be depressing, to say the least.

A new report released by the John J. Heldrich Center for Workforce Development found that, despite the creation of nearly 10 million jobs and 54 consecutive months of economic growth, the job market remains incapable of offering enough full-time work for the number of unemployed Americans vying for job opportunities.

If this is you, don't get too down on yourself. I know that's easier said than done but it's important to stay positive during this tough time in your life. Giving into feelings of hopelessness and depression are dangerous because they are bad for your health and your relationships, and they are damaging to your morale and your motivation to keep job hunting.

But staying positive when you're unemployed can be very challenging at times, so here are a few things you can try to give yourself a boost when you're having an especially rough day:

When I'm having a really hard time dealing with something, like being out of a job or feeling stressed about bills, I try to remember that there are likely tons of other people going through exactly the same thing. I think that if I could stand in a room with all of those people, I would want to set an example for them and help them get through our situation. And that makes me want to be stronger.

2. Don't blame yourself.
As Americans, we're a very individualistic society. We place a lot of emphasis on being autonomous and in control of our lives. But, as much as we'd like to believe that we are the sole influencers of the many extraneous pieces of our lives, it's important to know that there are some things we just can't control as individual people. The Recession was one of those things.

If you were laid off as the result of economic downsizing or a company going out of business (or one of many other reasons for that matter), just know that it wasn't your fault and that you can't blame yourself for being out of work now.

There's a lot of stiff competition out there and not getting an interview or not getting hired for a job doesn't necessarily mean that you are unqualified or inferior in the grand scale of the job market. It just means the job didn't work out this time.
The important thing is that you continue to value yourself as a person and, to do that, you need to stop blaming yourself for things that are outside of your control.

3. View your unemployment as an opportunity to get in shape.
If you aren't working all those long hours right now, why not use some of your free time to exercise the way you wanted to when you were slammed with paperwork every night?

It's okay to take some time for yourself and your health while you're out of work. Plus, getting in shape while unemployed will help you stay positive by releasing endorphins in your brain, which act as a natural antidepressant and can boost your daily mood.

Additionally, using your period of unemployment to get in better shape can keep you looking healthy for that time when you do get called in for an interview, which certainly can't hurt your chances of getting hired.

4. Be productive by improving your resume and work experience.
Another reason many people have a hard time staying positive during unemployment is because they feel like they aren't accomplishing anything. You can only clean the entire house so many times before you have to come to terms with the fact that you aren't getting much done.

A good way to feel like you've accomplished something in your day is to keep working to improve your work experience and, as a result, your resume. Consider volunteering for a charity or nonprofit organization. You can list volunteer work on your resume to show that you remained engaged and active during your time of unemployment, and there's a good chance you could learn a new skill during your volunteer experience.

Likewise, since you have the time to devote to it, make sure you periodically revisit your resume and try to improve it. Consider rewording parts of it or laying it out differently. There are tons of resume and cover letter examples (like these and these) that you can use to guide you through your revisions.

5. Remind yourself that who you are is not defined by your job.
Many people view their job title as a major (if not the major) defining characteristic of who they are as a person. Thus, it comes as no surprise that when people become unemployed, they typically experience a sense of identity loss.

However, you as a person are definitely more than just a job title. You are likely a sibling, a child, and a friend, to name just a few. Maybe you are a good listener, a helpful neighbor or an awesome cook.

Focus on the aspects of who you are that you like the most and seek to fulfill them on a daily basis. You'll feel better about yourself and your situation, and maybe you'll even develop a healthier perspective about your identity than you had when you were working full time.

How do you find ways to stay positive when you're out of work? Share your thoughts in the comments section below.