When we're worried about something, "What if?" is the enemy. What if we mess up at work? What if we can't complete our goals? What if everything falls apart?

Our default is to dwell on the potential of bad outcomes. As psychologist Rick Hanson explains in his book "Hardwiring Happiness: The New Brain Science of Contentment, Calm and Confidence," our brains have a natural negativity bias -- and before we know it, one troublesome thought can spiral out of control, leading to even more anxiety.

For those who deal with anxiety and anxiety disorders on a daily basis, it can be challenging to put an end to a fearful thought before it shifts into chronic stress. Fortunately, there are ways to train your brain to stop a worry-ridden thought in its tracks, says Peter Norton, a professor of psychology at the University of Houston. "The more you look for something or expect something to be there, the more likely you are to find evidence of it, so sometimes people can mislead themselves [when they're having an anxious thought]," Norton tells The Huffington Post. Our deep trust in our own thinking is what leads us astray -- but it's also what can help us get back on track, he explains.

Here are some expert tips for getting rid of an anxious thought, before it's able to spiral out of control:

1. Get in touch with how you're feeling. 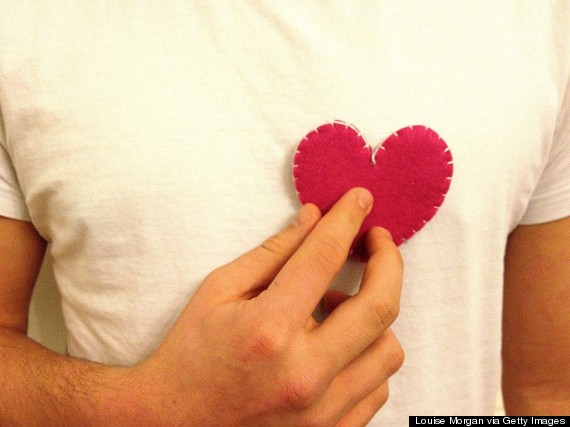 The first step to eliminating an anxious thought is to recognize when you're feeling an emotional shift, Norton says. "Really allow changes in your emotions to be a guide to take a step back," he says. "Those changes in emotions are [the first] red flag."

That's because our thoughts have a way of deceiving our emotions -- in other words, we aren't able to separate logic from feelings in a worry spiral. "It's very common for people to not really be an astute observer of their own thoughts," Norton says. "Because we're so used to trusting our brains, it's very difficult for us to sometimes take that step back and think about our own thoughts and say, 'OK, I believe this is happening, let me reevaluate whether or not that's true.'"

2. Don't try to put it out of your mind.
It may sound like a paradox, but avoiding fearful thoughts actually makes anxiety worse, explains Dr. Mickey Trockel, M.D., a psychiatrist and clinical assistant professor of psychiatry and behavioral sciences at Stanford University. "The biggest concern is when anxiety starts to create an avoidance cycle," Trockel tells The Huffington Post. "When something is provoking those emotions, then avoiding it feels good -- and because that feels good, it's reinforcing the anxiety. Then, the next time the situation comes up, without any conscious decision-making, it creates greater intensity."

Norton suggests confronting your initial anxiety in a mindful manner to keep it from worsening. Otherwise, avoiding those worrisome thoughts may cause them to manifest in other ways, such as nightmares or flashbacks. "Challenge your own thoughts and diffuse them, rather than hide them underneath the rug," he says.

3. Ask yourself questions that put your fears in perspective. 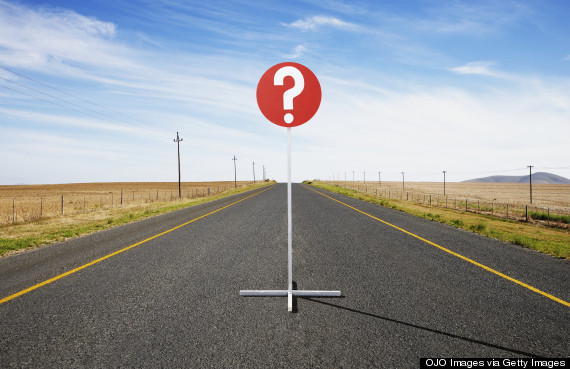 This trick, which is used in cognitive behavioral therapy techniques for severe anxiety, allows you to step outside of how you're feeling and approach your thoughts in a logical way. "Evaluate the evidence for and against that thought," Norton advises. "Weighing the evidence back and forth will help you come to a more rational view of the situation."

Norton suggests mentally asking yourself questions in a way that reframes your fear. For example, "What do I feel is so dangerous or so bad about this current situation?" and "What do I think would be the worst outcome?" This prompts you to challenge those thoughts and move on from there. "This will help you learn to become a good observer of your own anxious thoughts," Norton says. "It allows you to take a step back from them [and] reevaluate the likelihood or the actual realities of the threat in order to try to come up with a less-biased interpretation of the situation."

4. Confront your fear in small ways.
Once you've managed to reframe your fear, Norton advises taking baby steps to overcome it. "Start with easier fears or easier situations first, then move up to more difficult ones as you become more successful in confronting your fears," Norton says. For example: If you get anxious during public speaking, practice in front of a friend or two first. Doing this will give you time to build up your resilience to the anxiety. 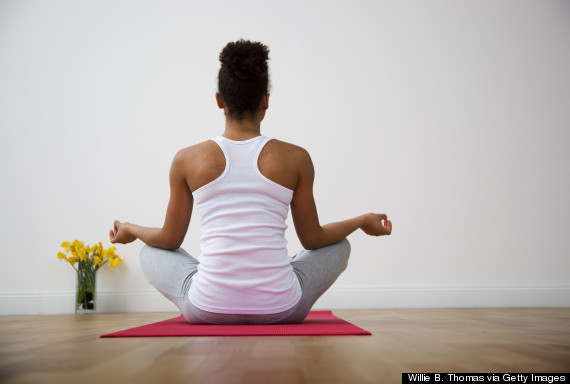 To eliminate anxiety-driven thoughts before they take off, Norton advises employing relaxation practices to calm your mind and the rest of your body. "The body and the mind work in concert," Norton explains. "If one side is fired up, the other side is getting fired up. So by trying to relax or decrease your level of arousal, whether through meditation, relaxation exercises or deep breathing, you can typically start to bring the mental side of things down along with it."

Trockel suggests setting aside just five minutes to practice mindfulness meditation exercises. By spending those moments just focusing on your breathing, you can eliminate the temptation of letting your mind wander to the worst-possible scenario. "The goal isn't to breathe in a certain way, but rather to allow one's attention to focus on the sensation of breathing," he says. "Just five minutes of practice will make it easy to manage anxiety and allow you try it on the spot [when you start to experience those emotions]."

The practice also has long-term benefits if done regularly. Mindfulness meditation has been shown to change the brain in a positive way, help with weight-loss goals, lower blood pressure and even lead to better sleep.

6. Gradually build on your successes.
Once you're able to catch yourself ruminating on an anxious thought, Norton says it's all about practice until it becomes more second nature. "Try to short circuit that chain of thoughts and reevaluate the assumptions there," he explains. "Once you're comfortable with [what makes you fearful], move up to a more difficult situation. The great thing about confronting the fears is it also works well in concert with the thought challenging. It gives the person an opportunity to test out what really does happen in a situation ... and you can actually see what's more likely to come true."

Trockel says no matter how you address anxiety, the most important thing is recognizing when you're feeling stressed, and actively working to conquer it so it doesn't consume you. "If [anxiety is] left unchecked, it can zap your energy and make life less fun," he says. "Don't allow it to change what you really want to do."