The United Nations' nuclear watchdog, the International Atomic Energy Agency, in its most recent report in February, declared for the first time that they have obtained extensive evidence that "raises concerns about the possible existence in Iran of past or current undisclosed activities related to the development of a nuclear payload for a missile." The report indicated that Iran told inspectors it was preparing to make its uranium into a metallic form -- a step necessary for making the core of an atom bomb despite Tehran's categorical claim of general research.

In his introductory statement to the agency's Board of Governors today, the IAEA's new Director General, Yukiya Amano said that the UN nuclear watchdog cannot confirm that Iran has not turned some of its nuclear material toward weapons purposes. These alarmingly nefarious and clandestine activities belie the Iranian supreme leader Ali Khamenei's preposterous claims on 19 February that "our religious principles and beliefs consider such weapons to be a symbol of destruction that is forbidden."

President Barack Obama, in his State of the Union address, described the threat of nuclear weapons as "perhaps the greatest danger to the American people" and promised that Iran's leaders would face new consequences for their defiance of international obligations.

His appeal to Iran's rulers a year ago to "unclench their fists" clearly fell on deaf ears. It turns out Tehran's tyrants have been busy using their fists to brutally, albeit unsuccessfully, suppress the pro-democracy uprising at home, while defying their commitments internationally.

Thus it came as no surprise when they responded to the latest ultimatum to diplomatically resolve the longstanding nuclear standoff with a counter-ultimatum. In his speech at Freedom Square on the anniversary of Iranian Revolution, as chants of "Death to Dictator" were being heard, Mahmoud Ahmadinejad declared Iran a nuclear state. He announced that Iran has mastered enriching to 20 percent--something the IAEA report confirmed--and has the ability to enrich to 80% which is a weapons usable grade. Tehran is clearly in breach of UN Security Council's several resolutions calling for suspension of Iran's enrichment program.

Washington is reportedly working on a set of economic sanctions to dissuade Iran from further enrichment, while acknowledging that, contrary to the 2007 National Intelligence Estimate, Iran is still pushing ahead with nuclear weapons development.

Apparently it would take a diplomatic miracle to bring Russia and China on board with tough sanctions. Russia was among the few countries to endorse Ahmadinejad's disputed election grab in June; hence the chants of "down with Russia" in recent anti-government protests. And China recently rushed its delivery of advanced anti-riot armored trucks to the ayatollahs' embattled regime.

That being said, a true appreciation of the nationwide uprising in Iran would breathe new life into the power of sanctions. The David and Goliath battle raging in Iran, at its core, is a struggle for democracy, popular sovereignty and rule of law in place of theocracy, tyranny and rogue behavior. The outcome will definitively determine the future of Iran's nuclear weapons program, and that is the key element the West needs to comprehend.

The last three decades have shown that sanctions alone are not enough to compel the regime to abandon its nuclear weapons program. The regime's leadership rightly believes that it is in the midst of a do-or-die struggle against an increasingly empowered opposition. Backing down in any arena, particularly the very visible nuclear deadlock would be lethal.

Slogans chanted by the protesters across Iran, such as "Death to Khamenei," "Death to the Dictator," and "No to Gaza, No to Lebanon, I will die for Iran," make it clear that Iranians seek not just an end to the religious dictatorship; they also want an end to its rogue behavior abroad. Their chant "freedom is our inalienable right" is a direct jab at Ahmadinejad's favorite phrase, "nuclear energy is our inalienable right." Despite turning Tehran into a big garrison last Thursday, and despite the unprecedented wave of arrests, torture, and execution of dissidents in recent months, hundreds of thousands braved the massive clampdown and marched against the supreme leader all over the country, calling for an end to the clerical dictatorship.

It is further reassuring that the opposition movement People's Mojahedin Organization of Iran (PMOI/MEK) seeks a nuclear-free Iran. This group has repeatedly exposed Tehran's nuclear weapons secrets at great risk to its network in Iran. The group has "a pretty good record," according to Frank Pabian, Senior Nonproliferation Infrastructure Analyst at Los Alamos National Laboratory in New Mexico. "They're right 90 percent of the time," he told the New York Times in January.

In this framework, the triumph of groups opposed to the regime is a much surer way to defuse the nuclear threat and end the Tehran-sponsored bloodshed in Iraq and the region. Indeed, it should be President Obama's Iran policy linchpin.

For example, the MEK, a long-exiled opposition movement, does not ask for money or arms, much less troops. It does demand, as do a large bi-partisan group of Members of Congress, that at this critical juncture it not be shut out of the Iran policy debate. To be sure, comprehensive sanctions meant to cripple the regime's economic, diplomatic, and above all security apparatus, would prove effective only when they are implemented within the framework of a new policy aimed at empowering the movement for change.

The wheels of change to end the reign of the clerics are rolling; it is only a matter of time. One protester recently described the regime's heightened show of force in the streets of Tehran as "the last efforts of a dying state in denial." The opposition's triumph will close Tehran's nuclear dossier and end its regional mischief-making once and for all. President Obama should accelerate his gradual shift away from Tehran's ruthless rulers and stand with the Iranian people. This would bring U.S. policy in line with his State of the Union promise that "America must always stand on the side of freedom and human dignity."

Alireza Jafarzadeh is the author of "The Iran Threat: President Ahmadinejad and the Coming Nuclear Crisis" (Palgrave MacMillan). Jafarzadeh exposed the Natanz uranium enrichment facility in 2002 which triggered the UN inspection of Iranian nuclear sites. 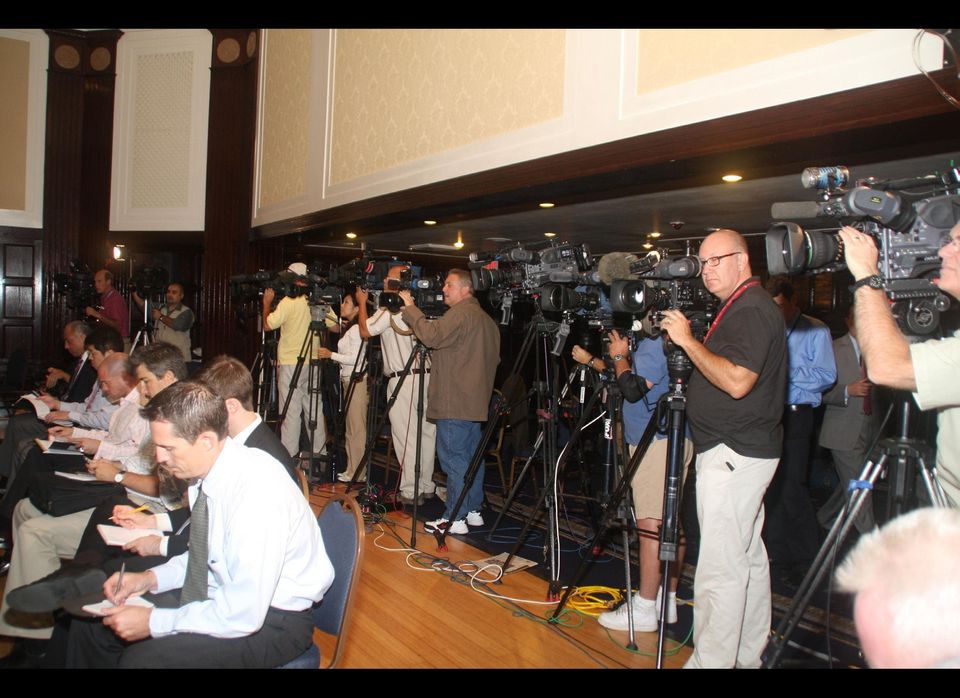 1 / 7
More than a dozen cameras at the 9 Septemebr 2010 press conference at the National Press Building
According to information obtained by Iran's main opposition, the People%u2019s Mojahedin Organization of Iran (PMOI/MEK), Soona Samsami and I (Alireza Jafarzadeh) made public for the first time exclusive details on a major top-secret and strategic nuclear enrichment site in the town of Abyek, 120 kilometers west of the Iranian capital, Tehran. The Behjatabad-Abyek nuclear enrichment site is code-named 311, and is near Qazvin. For more details click here: http://www.globalsecurity.org/wmd/library/news/iran/2010/iran-100909-spc01.htm