If you've spent any time in the world of startups or Silicon Valley, you likely remember the stir around Jolie O'Dell's departure from Mashable in 2011.

"I had a big crying fight with Pete Cashmore about Mashable's editorial policy," Jolie recalls. "Drew Olanoff invited me to a happy hour with Matt Marshall where we ended up having a long conversation about editorial ethics and values. Mashable was at a fork in the road and it certainly wasn't my place to decide which path it took." 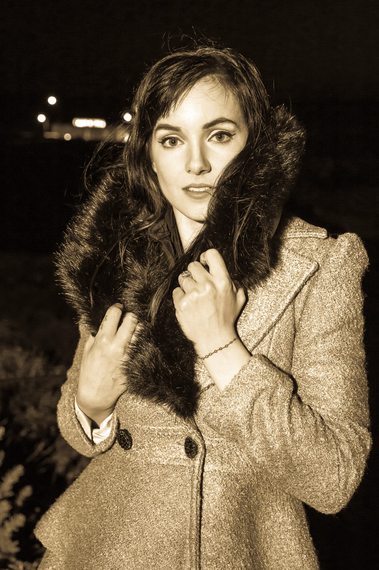 Today, she is VentureBeat's managing editor, overseeing an army of freelancers, coaching the team, editing copy, making news assignments and generally ensuring the site's standards mirror her own. And those standards are high. She values "real reporting," someone who picks up the phone, breaks stories and isn't afraid to ask the hard questions.

"The speed of the news cycle today is bad for readers -- they don't know who to trust, which means they can't make informed decisions," Jolie says. "There are so many bloggers who use snippets of quotes and misrepresent facts in order to be misleading. They don't check out sources. I've personally seen a lot of instances of bloggers copying and pasting press releases, just changing synonyms and calling it a day."

Walk A Mile In A Reporter's Shoes

"I think PR people have an incredibly difficult job," Jolie says. "And the ones who do it very well, are as rare as journalists who do their jobs well."

If you're a PR professional hoping to snag VentureBeat's interest, the following tips are worth jotting down.

First off, Jolie suggests all PR folks take on a freelance writing gig. Experience your job from a reporter's perspective. With so many people telling you so many different things, how do you sort out the truth?

If you don't have the opportunity or bandwidth to write, request to sit down with a journalist -- completely independent of any other agenda. Ask them what their day is like, what their job entails, what makes a good story for them and so on.

Radio silence can be hard to stomach. Clients expect coverage. At the end of the day that's what they pay you for. And if you can't get it, they at least demand feedback on why. But what if it's your efforts -- and not the news itself -- that is the real problem?

Jolie advises against over-crafting pitches, spending too much time telling the reporter what the story should be versus enticing them with an interesting company or product. That of course requires a PR professional truly research and read each reporter's stories, instead of mass-blasting the same pitch to your target media database.

"Just send a couple of sentences with your ideas on a company or product you know I'm inclined to like," Jolie suggests. "Make sure it's something tantalizing to me personally. Send a message as simple as, 'hey I know you like XYZ, so I thought you might find an angle to write on.' I don't need to have stories spoon-fed to me."

When you learn to pitch effectively -- ensuring the news is timely and on target to the reporter -- the relationship shifts radically. Jolie might get pitched by thousands of PR professionals each month, but she remembers the ones who are on point.

"For example I get maybe one or two pitches a year from Jonathan Hirshon at Horizon PR," she says. "And the pitch is perfect. It's always a company I'm really interested in. So when I see his name pop up, it's like waking up to a Christmas present made just for me."

Other pet-pitching-peeves include the ubiquitous "I'm just following up" approach and arguing with reporters.

"You can follow up once -- that's it," she says. "And if I say the story isn't a good fit for our readers, you need to be able to take 'no' gracefully. You'd be amazed how many PR people continue to push."

Jolie says common responses include, "maybe you didn't understand the pitch" or "I'm sure this story is a good fit" and "is there someone else I can speak to?"

Pry Your Fingers Off, Please

Any good PR person is not just focused on the win of securing coverage. They provide macro-level strategy on the approach and micro-level help with messaging. They ensure they've got the right spokesperson for the story and when it comes time for the briefing, they've already prepared the executive to tell the story skillfully.

But there is always too much of a good thing. Jolie cautions against over-preparing companies for interactions with the press.

"When you read three different articles that all have similar versions of same quote, it's a very bad sign," she warns. "Certainly go over some talking points, but then give them the freedom to go off-script. It's their company, their product and I would hope they're in love with it. They should be able to speak freely without canned responses."

Another sticky situation PR folks find themselves in is deciding whether or not to attend a briefing with the spokesperson. It's another one of those delicate balances between providing support for the client and micro-managing the process.

"I'm a professional doing my job," Jolie adds. "I don't violate my position and I'm not here to antagonize anyone. So you don't need to take notes on every word exchanged. Your CEO doesn't need a babysitter. They are adults. Show us both the respect we've earned and let them take their call with the journalist solo."

For some agencies, such participation is standard practice (and in fairness some clients prefer it). They want to be there in case there are any glitches and to handle follow-up. However others simply want to reinforce their presence and bill for the time. But if you've done your job well, you don't really need to be there. Plus, helping your executives understand that can go a long way in establishing trust with all parties.

Ultimately, you've got to decide which tactics work best for you, the client and each reporter individually. While Jolie appreciates a high-level pitch, others want the story spelled out. The point is that a cookie-cutter campaign is a sure path to pissing them off.

So take time to get to know your key reporters -- and if you have someone specific you'd like to hear from, let me know in the Comments.