We've evolved to worry. From an evolutionary standpoint, it makes sense that we do need to worry about certain things, particularly those that represent imminent danger. We may see ourselves as straddling the top of the evolutionary ladder, but it wasn't all that long ago that humans -- just another animal, after all -- were frequently prey for bigger, fiercer animals like saber-toothed cats and cave bears. Worry, that sense of scanning the horizon for something that might be a threat and cue the primal fight-or-flight response, was what kept our primitive ancestors alive.

Modern life, of course, comes with its own myriad host of threats and fears great and small, from ISIS and global warming to whether the commuter train is going to be late again. But unless you have a show on the Discovery Channel, you're almost certainly not going to be eaten by a giant bear this week. The imminent threat-o-meter doesn't always need to be at DefCon 4. But for some of us, it often is. And worrying to excess, it's been found, can be threatening to your health.

Find out: Are You Stressed Out?

Too much worrying can bring on an anxiety state that has real, physiological consequences, not just emotional. When we are anxious, our bodies secrete excessive amounts of hormones like cortisol (the "stress hormone") and epinephrine, which can have damaging effects on our heart rates, our blood pressure, and even our propensity to gain weight. Chronic stress has even been found to damage areas of the brain that are essential for memory. 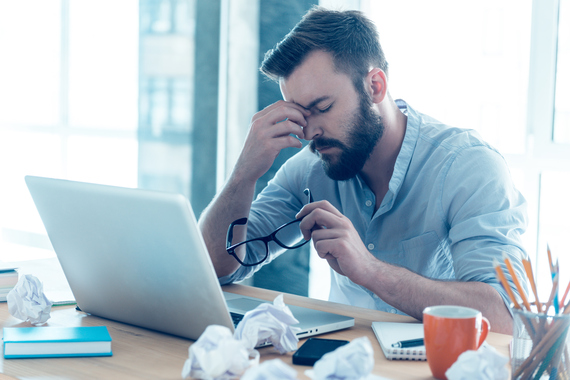 We've learned a lot about how excessive worrying affects our health from studies of children who live in environments that cause chronic stress. The Adverse Childhood Experiences study, a survey of more than 17,000 adults, links childhood exposure to abuse, neglect, domestic violence, and household dysfunction like parental substance use, mental illness, or incarceration, with a significantly increased risk of health problems later in life. And the more adverse experiences a person had in childhood, the worse their later health turned out to be.

Now, we all worry on occasion. Periodic anxiety, like before a big work deadline or during a major life change, like a move or a divorce, is normal, and so is learning to cope with it. Those occasional stressors are not sending you down a dangerous spiral toward heart disease and diabetes. But the evidence suggests that chronic stress -- putting the body into an ongoing state of hyper-arousal -- keeps hormones like cortisol and epinephrine surging, so that we reach a new set point where these levels are constantly higher. And that's not good.

Of course, the question is: How do you know when worry is having a negative effect on your health? Many of us would probably say we are worriers, but it's all relative to some degree. I would say that if you feel like worry is interfering with the quality of your life -- if it gets in the way of enjoyable experiences or if it's keeping you from sleeping or eating well on a regular basis -- then you should consider taking action to deal with chronic worry.

What can you do? After all, thinking about the damaging effects of worrying on your health isn't going to make those worries go away--instead, it could just add another worry to your list!

Strategies to Ease Your Worry

It may seem contradictory, but one solution may be to set aside specific time for worry. In one study, researchers found that people who used strategies to confine their worrying to a discrete time and place during the day did better at reducing their stress and anxiety than those who went through standard anti-anxiety treatments. 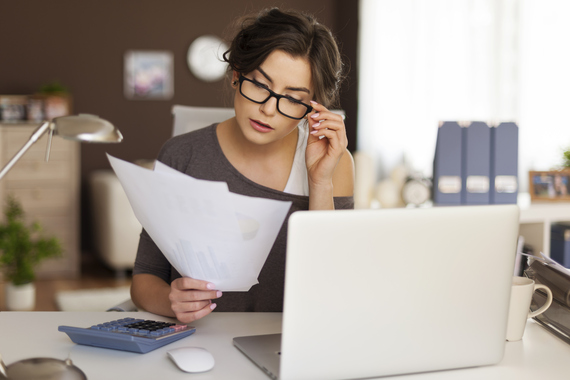 So, for example, you might decide that you're going to let yourself sit down and focus on the things you're worried and fearful about between 7 and 7:30 p.m., in a corner of your home office, or the guest bedroom, or on the back porch. Whenever worries crop up during other times -- and they will -- put them aside and remind yourself to pay attention to whatever it is you're doing now, because you'll have time for worries later. When "later" comes, the study found that it was important not to merely wallow in worry during that time, but also to use it to focus on finding solutions to whatever is worrying you.

Cognitive behavioral therapy (CBT) is also an effective approach for reducing worry, stress and anxiety. CBT uses a variety of techniques to change what you're thinking about when you start to worry too much, replacing excessively negative thinking with more realistic thoughts. It helps you find ways to extinguish worries, tone them down and think about something else, or reframe your worries into something more productive. 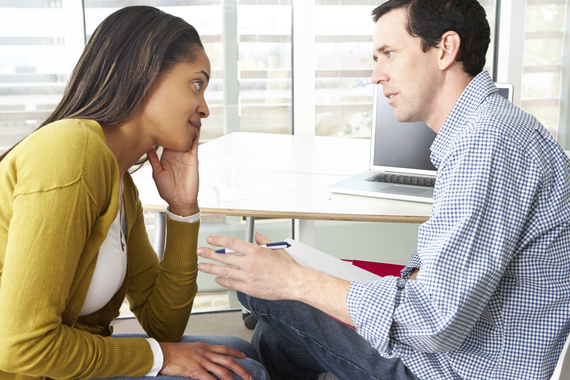 In some cases, excessive worrying may itself be a symptom of a more significant underlying mental health disorder. So if you feel like worrying is taking over your life, look for a mental health professional in your area who teaches CBT. Their first step will be to do a diagnostic interview that will identify what's going on and help find the best strategy for you.