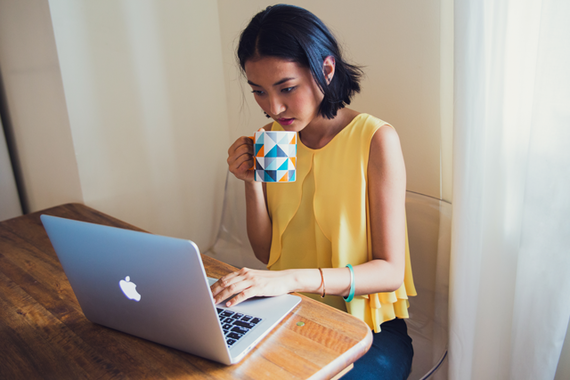 Vacations are the best the part of summer. Traveling to a tropical locale and indulging in beaches and drinks with umbrellas can amp up the weariest worker bee, but vacation also brings about work anxiety.

There's a fear of falling behind on work while vacationing, which may be why many professionals are glued to their smartphones and sending while emails while lounging by the pool.

While this glued-to-the-phone behavior may be annoying for your vacation pals and beaus, science says there's a legitimate reason for this work-fueled obsession. According to Jennifer Deal, a senior research scientist at the Center for Creative Leadership, it's called the Zeigarnik Effect.

In an editorial for the Wall Street Journal, Deal describes the Zeigarnik Effect as "the difficulty people have to completely forget about something when it is left incomplete." It's like when it's impossible to get a song out of your head. That's the same thing that happens with work. Since it's almost never finished, it seems impossible to stop thinking about it.

No worries, though: There's a solution. You can offset the Zeigarnik Effect by becoming "so immersed in something else that your brain can't hold on to the incomplete task any more [sic]." In other words, trick your brain by distracting it with activities.

Deal said you should also put your phone where it can't be accessed. "If you can't look at it -- that is, you can't [get to it] without going to substantial trouble -- the brain itch will eventually die off because you can't scratch it," she said.