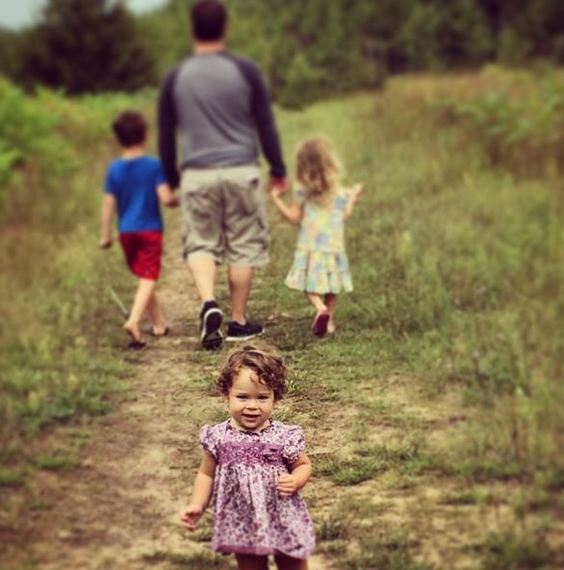 THERE ARE 3 STAGES OF CHANGE:

One very educated and inspiring speaker from my graduation ceremony at NYU (whose name I can't remember) said something about change that stuck with me. There are three stages of change: Ending, Start, and New Beginning

ENDING
Tie up loose ends. Cross off everything from your to do list. End well.

When we were looking at moving from the East Coast to the Midwest, I kept this phrase in mind: End well.

For me, ending well meant taking time with people I loved and appreciated and giving that same time to my kids and their friends. It also meant taking time to say goodbye. For me it was saying goodbye to New York, my favorite city in the world, the place I was born, the place that feels most like home.

So to say goodbye to New York, Hubby and I did a boat tour, ate pancakes at Clinton Street Bakery and sat for hours on the Highline just enjoying the summer sun over the Hudson. I also met up with friends at The Met and enjoyed the rooftop garden overlooking Central Park.

There might have been many more things on my to do list if I had more time to do them, but for now that was all I needed to feel complete. To end well.

The next step was trickier. It was the Start.

The Start sucks. It's unfamiliar and uncomfortable. Everything is new and you go through the motions unsure of your feeling about it all.

We were starting new jobs, a new state, and a new circle of friends and family to get to know. Some things felt exciting and others felt lonely, and still do. And that's ok.

We're not there yet, but we are on the brink of it. I can feel it in the air, like the changing of the seasons.

We went to the Homecoming Parade and even stayed for the football game. We were cheering for a mascot we didn't know in a stadium filled with people we'd never met. But then something sweet happened.

Our oldest son saw a friend from his class and we all got to talking. We spent the rest of the game sitting next to each other. Learning about what the penalties meant, cheering with the crowd, and eating hot dogs with these new found friends.

Were we totally in our element? No, it was still a Start. But by the end of the night, I saw how we were on our way to a New Beginning.

After moving a number of times over the last 10 years, I have become accustomed to transition. I only wish I had had known about its three stages before.

It helps you not be so hard on yourself and others. You'll still feel schizophrenic as you go through the roller coaster of emotion, but at least you'll know that you're feeling the right things just as you should be.

So here's to the new year and to the many transitions ahead for each of us. And here's to you.

Whichever stage you're in, it's the right one. New Beginning is on the horizon. It always is. It just takes time to get there so don't rush, or blame, just transition.