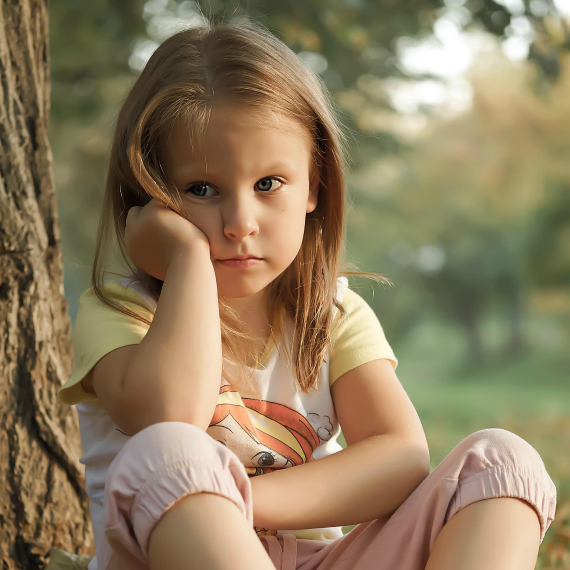 What happens when you do something wrong?

We all make mistakes. Sometimes they're honest mistakes, where we don't know any better - like when we're in a new job.

But sometimes we do know better.

We've all pressed a little too hard on the accelerator when we're running late. Sometimes we get away with it, sometimes we don't.

If a police officer pulls us over and says we were driving too fast, they're pretty matter-of-fact.

They usually deal with the situation calmly. If the driver tries to get out of it by telling a fib, the officer can usually tell - or at least suspect.

But at the end of the day, it doesn't matter if the driver lies. They were exceeding the speed limit, so they get a ticket.

No blame, no emotion, just a clear statement of what was done to get the fine.The police see all sorts of bad behaviour - the worst of society - but they take it in their stride.

They give their version of the SuperNanny line "That behaviour is not acceptable", they deliver the consequences, and that's that.

The offender can try being charming, or angry, or they can tell lies. It makes no difference to the outcome.

They don't let people rile them, they just do their job.

And you can learn a little from the police officers. If you think of parenting as 'just doing your job' it can help you remain objective, and less emotional when dealing with 'misdemeanours'.

But what about when the 'offenders' start behaving really badly?

I mean, if someone argues with the police it can make the outcome worse.

The person who's pulled over for speeding and gets more and more angry and offensive and ends up collecting more than a speeding ticket.

There's no point pushing back against the law.

If you go looking for trouble with the police, I imagine you'll get it.

But what if your child seems to be deliberately misbehaving? If they appear to be going out of their way to be 'difficult'.

You're not like the police. I mean, you can emulate their calm demeanour and be as firm as they are, but you can't issue a fine.

You can't take away their licence because they've had too many traffic offences. In fact, you often feel pretty powerless in this situation - not like the police at all.

Because your child can drive you completely around the bend.

They sometimes refuse to do what's asked. They know the rules but they flout them. They lie or create stories.

Maybe you've tried all sorts of strategies but nothing seems to work.You child is just plain exasperating, and you're at your wits end.

What do you do then?

You know that labelling the behaviour won't work because nothing seems to work.

And as for giving them the opportunity to correct the problem - that's laughable.

Because if your child appears to be going out of their way to annoy you, they're trying to tell you something.

They're trying to tell you something they haven't really articulated to themselves.

Something they don't quite understand.

But something they definitely feel.

They're feeling pain. They're hurting. They feel undeserving.

They feel undeserving of love, so they go out of their way to make sure they don't receive any.

They're annoying and 'difficult' on purpose. They feel unworthy of love so they elicit behaviour that reinforces that.

And what you should do is interpret that behaviour and address their pain. Not their behaviour.

Let them know that you love them exactly as they are.

I'm not saying they should get away with dreadful behaviour. But you have to be careful to address their behaviour in a loving way.

You need to make the behaviour a secondary thing. Because the primary thing is to rebuild the relationship before it's gone forever.

You can try toning things down a little, or letting some things go for a while.

You can try framing things in a positive way. Instead of, "Don't drink all your juice, you won't eat your dinner!" you can try, "Just a sip of juice sweety, so you've got room for your dinner."

Instead of, "Your table manner are appalling!" you can try "Would you like me to cut that up for you, so it's easier to eat?"

In many ways, it doesn't matter what you do, as long as you start doing things differently.

Instead of thinking about how crazy they drive you, and how mad you are, think, "How can I turn this around? How can I change this behaviour? How can I make this relationship more functional and enjoyable?"

See the situation as a puzzle to be solved, rather than a battle of wills.

Because if you continue to battle, no one will win the war. You'll both just end up angry and hurt and resentful.

Your kids aren't emotionally mature enough to change the situation so it's up to you.

You have to improve the relationship so that they want to please you. So that they don't feel like a disappointment to everyone they love.

You need to rebuild the loving relationship so that they value that above all else, and won't risk losing your love.

As contrary as it may seem, kids who go out of their way to elicit anger from their parents are usually in turmoil.

You may not be the cause of it, but you can be instrumental in changing it.When they say mean things, you can hug them.

When they lash out you can ask them what's wrong.

Whenever you think of it say, "I love you just the way you are."

If you've got a 'difficult' child in your home, try addressing their pain, rather than their behaviour.

It can have a profound effect on your family.

This post first appeared on How to Train Your Children.