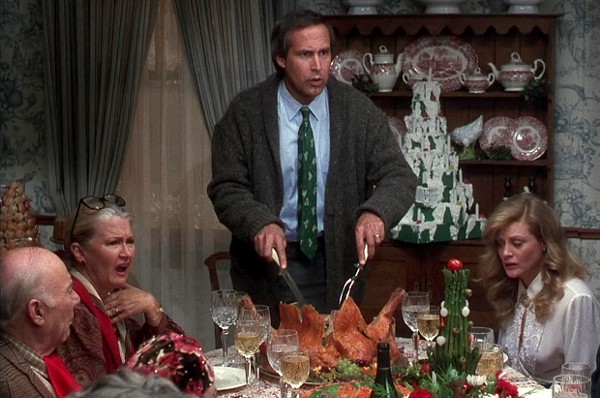 Political discourse in the U.S. between those on the right and those on the left seems to be increasingly unproductive. And if the subject is something as volatile as gun control, constructive communication may feel impossible. But there's no reason to let it ruin your holiday dinner.

Let's say you are an urban professional. Your uncle is a rural hunter. Here is how I'd try to navigate such a discussion:

Step 1: Get on the same page about the fact that there's a problem.

Let's try to keep it rational. Each of us should start with a fair attempt to explain why the U.S. has over 11,000 homicides per year committed with firearms (70 percent of our total murders).

The most current data I found puts the USA's total murder rate per capita at about five times that of Australia, Germany and the United Kingdom. So why have other countries fared better?

Step 2: Work together to diagnose the underlying cause.

It seems like a good place to start. But with any reasonable explanation, no single specific policy change will guarantee shootings will decrease. This should not be surprising, since complex problems rarely have simple solutions. But first we need to consider all the factors that lead to high firearm deaths in the USA.

Step 3: Determine whether you really share a common goal.

Some honest Second Amendment enthusiasts openly admit our high murder rate isn't important when balanced against gun rights. For example, Presidential candidate Dr. Ben Carson expressed this opinion unambiguously when he said after the 2015 Roseburg, Oregon shooting, "...I never saw a body with bullet holes that was more devastating than taking the right to arm ourselves away." I'll continue under the assumption that your uncle is not Ben Carson.

Step 4: Make space (between bites) for the nuance and complexity.

So why do we have so many more murders per capita with firearms in the U.S. compared to other developed countries? Too many guns?

In fairness, even thoughtful people in favor of a more restrictive gun policy would find this answer simplistic, preferring specifics of who, what, where and how to limit guns. And "too few guns" is not a nuanced enough explanation for those who envision a well-trained concealed carry population, even though both groups occasionally oversimplify their own -- or even more unfairly, their opponents' positions.

According to the Second Amendment, as ratified by the States and authenticated by Thomas Jefferson in 1791, "A well-regulated militia being necessary to the security of a free state, the right of the people to keep and bear arms shall not be infringed."

Many thought that meant you could have a gun if you were in the National Guard, but in District of Columbia v. Heller, five members of the Supreme Court (Scalia et al.) decided in 2008 for the first time that the Second Amendment protects an individual's right to possess a firearm unconnected with service in a militia.

Then in McDonald v. Chicago, the same five (Alito et al.) extended the Heller decision regarding the federal government to the states as well.

The newest Supreme Court Justice Elena Kagan and President Obama seem to consider it settled law. Unless that decision is reversed in the future, or the Amendment is amended, at least some handguns cannot be limited.

The Heller decision even prohibits any government from imposing safety regulations requiring rifles and shotguns be kept "unloaded and disassembled or bound by a trigger lock," on the grounds that those procedures would delay their use in self-defense.

Step 6: Be ready for surprise questions -- with thoughtful, researched answers.

In the case that your uncle asks, "Why don't you outlaw cars?" He's got a point: There were 35,369 motor vehicle deaths vs. 33,636 firearms deaths in 2013. But cars have an undisputed practical function, and reasonable efforts are being made to make them safer. And we have to prove we can drive safely before we are licensed to drive one.

Or "What about other dangers to society, like alcohol?" Agreed, we should fix that, too. There were 20,001 deaths in 2013 related to alcohol consumption. If you believe in stricter laws vs. DUI, please campaign for them. But don't forget about the 21,175 suicides by firearms in 2013.

You might also hear, "Why are you liberals who want to limit gun use in favor of legalizing drugs?"

After all, there are many deaths by illegal drug overdose and abuse. Possible answer: The illegality of drugs contributes to firearm deaths because of the drug trade. If you have ideas for decreasing drug deaths beyond keeping them illegal, let's have them.

A version of this post originally appeared on Advice from My Dad on Medium.