In 1989 Robert Fulghum wrote a little book called All I Really Need to Know I Learned in Kindergarten. It was a manifesto of sorts, a reminder that what we learn early on serves us for a lifetime. Lessons from the book include, "Clean up your own mess," and "Say you're sorry when you hurt somebody."

Over the years, schools, organizations, and programs have appropriated the short, cute read for character-education purposes, adding their own pithy sayings to the list:

Perhaps because of what a generation of leaders learned in elementary school, we now have corporate policies against harassment and programs that reward positive leadership.

However, there is one cultural arena where none of these rules apply. And you and I as citizens, parents, influencers and spectators are culpable because of our silence.

There is a place where bullying is acceptable. Where it is perfectly fine for a leader to berate a person under his or her influence. There is a place not far from your house where not everyone is treated with respect. And this misconduct is carried out publicly.

It takes place at the park your business sponsors, at the building your tax dollars built, at the greenspace your fundraiser supported, and it is hailed as community improvement under the banner of "Youth Sports." 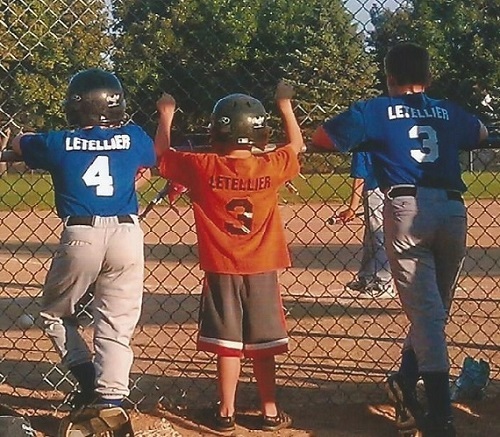 There are instances where coaches scream insults at players, slam clipboards, throw headphones, stomp onto the field and give full vent to anger. They wag accusatory fingers and use language that would land an elementary student in the principal's office.

And they do this to other people's children. Our children. Children who are not old enough to vote, drink, or join the military. In the saddest cases, they are not even old enough to tie their cleats.

And we pay to watch.

There are parents who sling obscenities at their own children and other people's children. They holler and scold to shame players into better performance.

There are fans who berate officials and athletes until the official finally -- finally but rarely -- calls for a technical or an ejection. The offender stomps from the stands as if they have been wronged, and they wear that "technical" like a badge. Then we giggle over pizza and comment that they were "really into it."

Our children, our young people, the ones we've been spouting all our positive mottos to, they are the witnesses, and sometimes the imitators, of the most distressing display of all: our blind hypocrisy.

In the workplace, we call it harassment. People are fired and become difficult to rehire.

In the school, we call it disrespect and assign a suspension.

In the church, we call it sin and encourage confession.

In the family, we call it abuse and begin an intervention.

But in the arena of youth sports, we wink and call it "passion." Then we sit in the stands and applaud.

We talk over beers about the great season and sign our kids up to endure it all again next year.

Because youth sports is the place where character can be built or ruined all in the same game.

We can do better for our kids, our teams, and our communities.

Parents, these are your children. When other adults scream at them, be an up-stander not a bystander.

Coaches, these are our children. They do not belong to you for your profit, your record, or your reputation. We have entrusted them to your influence, and it is a sacred trust. Every one of them deserves respect.

Athletes, do not accept abuse. Speak up for yourself and your teammates in a respectful tone. Don't be bullied.

Officials, stop tolerating tirades. You have the authority to enforce standards of good sportsmanship. Do the right thing even when everyone else is doing the wrong thing.

Administrations and activities associations, honestly evaluate your employees and volunteers. The community is not improved by allowing these behaviors. Be honest, even when it hurts.

Maybe Robert Fulghum was right and everything we needed to know we really did learn in kindergarten.

Perhaps it's time we start applying what we learned on the field and in the stands.

Shauna Letellier is a wife, mother, writer, and occasional substitute teacher who has the wild and hilarious privilege of raising three boys. She blogs about finding Rest & Relief for Ragged Souls at shaunaletellier.com. You can connect with her on facebook.

Shauna Letellier is a blogger and author of "Remarkable Faith: When Jesus Marveled at the Faith of Unremarkable People."