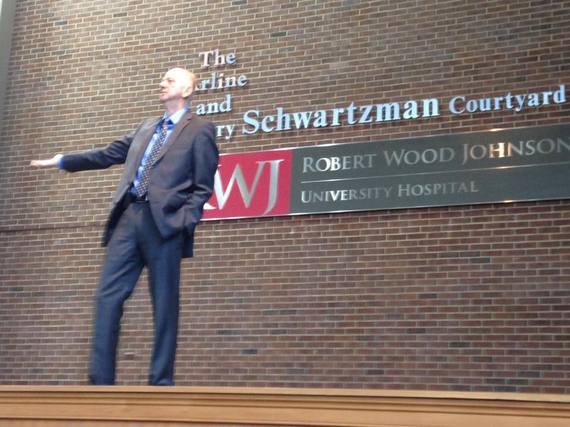 Kevin Touhey is an inspirational and motivational speaker and life coach who happens to be thriving with cancer. He coached college basketball for 15 years on all levels of competition, is a member of the Mercy University Hall of Fame, and works across the country with high schools, colleges and corporations. More than two years ago on April 23, 2013 he was diagnosed with Stage IV lung cancer as a non-smoker. He is currently living despite the disease and is using a targeted drug instead of radiation or chemo.

"I think it is quite interesting that the day I was diagnosed I was scheduled to speak at the University of Penn," Touhey said. "That was the last place I had coached ironically. I was one hour from driving to Penn and I was unable to breathe. My wife and youngest daughter rushed me to the hospital and our lives were altered forever."

Touhey had a 7-centimeter tumor, which broke two of his ribs, and the cancer had traveled to his spine, neck and ultimately the brain.

While it is important to note that cancer and treatments respond differently in every single person, Touhey has taken a somewhat different approach to his treatment. I have been following Touhey on social media for some time and I am constantly amazed at his success with living with this disease. He doesn't like to use the term fighting cancer. He believes that he is thriving in life, in spite of this awful disease.

"Many people who get diagnosed turn over the entire responsibility for their recovery to the medical doctors," Touhey said. "They often live life as a survivor who is afraid and waits scan to scan to see if they are going to be OK. I have decided to take 100 percent responsibility to put a team together, of integrated nature, to help me thrive." 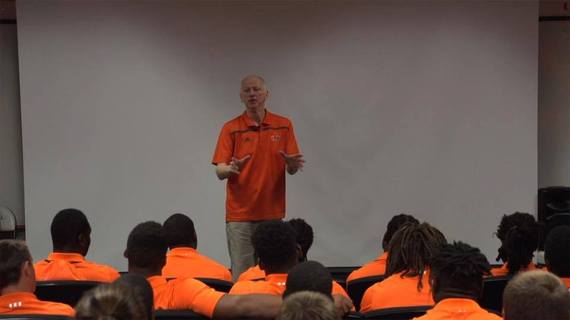 This is a choice that Touhey consciously made for himself, and is in no way a knock on how other cancer patients get through their treatments. When he was 10 years old he lost his 2-year-old sister Regina to leukemia and 25 years later lost his father to lung cancer.

"Thriving is an attitude that says, I am going to accept the possibility that I may not live long but I'm not conceding to that," he said. "So I start with an attitude I'm not just existing, that's survival. I am going to thrive, which means I start everyday with the statement, who can I contribute to today?"

Touhey said that it takes him out of his stuff and extends his energy to others. He makes serious efforts to talk to about five cancer patients a week.

"I thrive because I have not stopped doing what I do normally," he said. "Unless the side effects take me to my knees, which hasn't happened to me much. I think I missed 3 or 4 engagements in 30 months."

When Touhey was first diagnosed he did not want to know about life expectancy numbers. However, his siblings wanted to know and asked. One account gave him 4-6 months and another gave him 4-8 months and most literature backs that up.

"I knew that maybe they knew the stats, the average longevity for my type of cancer," he said. "However, in my mind if one person beat the odds then I would be the second. If it were 10 people who lived I would be 11. Not giving into any number they could give me."

Touhey still believes that it is better not to know. 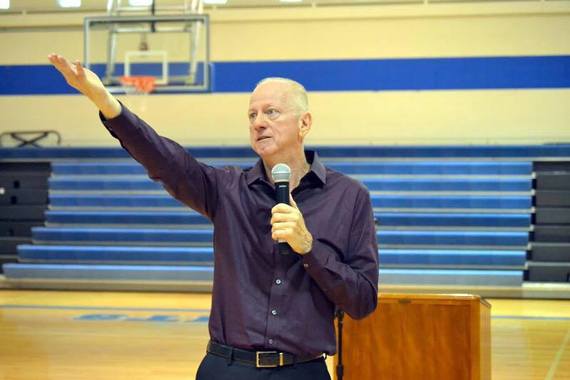 "Those numbers are based on the whole, not each individual," he said. "They are not accurate. So why would you want to have that number in your head? I celebrate the landmark of waking up every day. That allows me to live a vibrant life minute to minute without any concern of statistics."

Touhey's almost 30 months since being diagnosed has not been easy, medically speaking.

"I have malignant fluid in my pleural cavity that surrounds the lung," he said. "I have had the fluid drained four times. That stopped working so I had to take the next step."

He also had lung surgery sealing his lung to his rib cage and 2 gamma knife surgeries on his brain, all of which have been successful. Touhey has several teams of doctors that he uses across the country, because there are so many effective treatments that never make their way into the conventional treatment model.

"I have the best oncology team available at CINJ," he said. "But they are limited on any integrated approaches. So I actively sought out other types of complimentary treatment."

For example for a year he did IV vitamin C drips in three-hour treatments. He knows with every fiber of his being that everything he has done for treatment has helped him stay alive.

"It's easy, I'm selfish and want to live," he says. "My biggest joys in life are my family and my work. When we operate and conduct our lives with passion its produces a renewal to the spirit. By having a powerful why for living we can thrive because outside condition does not limit that passion."

Besides all of his treatments he also believes he has made a pact with God to do what he can to educate others and share his story.

"Cancer has made an already compelling life story more powerful," he said. "In fact on a deeper spiritual level I feel my soul agreed to the circumstances of my life in order to make my way back to a deeper spiritual plane. So it's easy to keep going."

Touhey has also taken a vigorous nutritional approach and thinks this has helped him have fewer side effects in spite of taking the highest dosage available.

"Unfortunately, the wonder drugs that I take, and have an exquisite match to the targeted drugs, also can wreak havoc on my body," he said. "In general I experience fatigue, complete loss of appetite, nausea and outbreak of rash, cracked fingers and toes, as well as mouth sores both inside and out."

Over the past summer his mouth lip; nose and chin sores were so severe that he lost 30 pounds and could not eat solid food for about 9 weeks. Touhey is finishing writing his latest book titled, "A Sliver of Light, A Ray of Hope: The Unexpected Miracle of Cancer."

The book covers his nutritional plans, holistic treatment as well to enhance the medical treatment and help with its side effects.

"For example, between 33-40 percent of cancer patients die of malnutrition," he said. "The medical field is clueless on how to aid with the devastating side effects of medical treatment. I compliment the treatment with nutrition and supplement routine that supplies the micro nutrition to replace what treatment destroys. They get destroyed by chemo, radiation and the target drugs that I take."

He said the book would be a road map to Mind Body Spirit. 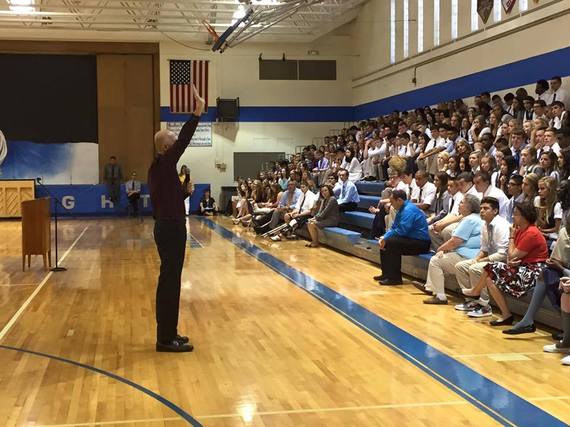 "People with cancer can thrive if they participate in the process," Touhey said. "And that process does not provide a guarantee you will live, no just you will thrive with the time you have left."

No matter what insurance you have, affording all of the treatments can be taxing financially.

Touhey's optimism is inspiring to me. He wrote about it in his first book titled, "The Miracle of Optimism," which is an Amazon best seller.

"As it relates to cancer the source of my optimism is rooted in accepting the absolute fact that I could, and still may, die from this," he said. "I'm 30 months out. So I decided that those odds are against me. So I wasn't going to set out to beat it. I set out to not concede my emotional energy to it. Moment to moment I make a choice about how to coexist with my buddy cancer."

He has tried to learn from the disease instead of letting it control him.

"It is empowering to decide it serves me better to heal what cancer is telling me I need to heal in my soul then to be depressed about it." Touhey said.

Touhey accepts donations for his treatments at YouCaring.com.