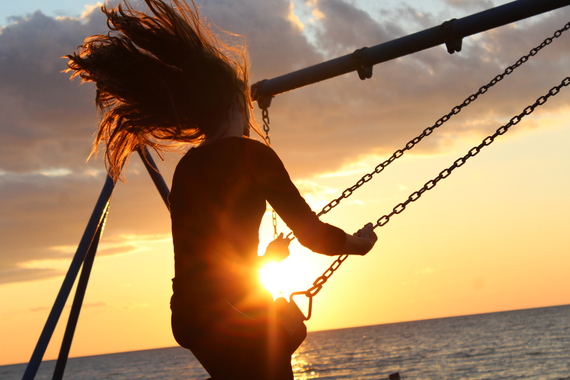 When famous artist and TED Talk Star Phil Hansen was in art school, he developed a tremor in his hand that inhibited him from drawing a straight line and seemingly brought his dreams to a screeching halt. He was only able to produce squiggles and as an aspiring artist, this seemed like an enormous bridge to have to cross.

It became so troublesome and painful that Hansen eventually left art school. When leaving art behind became too emotionally difficult, Hansen went to see a neurologist, who gave him the best advice he could have received:

"Why don't you just embrace the shake?"

Hansen returned home and did just this. He embraced a limitation that he initially thought would handicap his ability to make art, and turned his biggest weakness into his greatest strength.

How can you harness what Phil Hansen did, and also transform your limitations into strengths?

Sometimes we hit a wall with what we perceive to be weaknesses, and assume they are insurmountable. We let these weaknesses become the elephant in the room that hold back our lives instead of addressing them head-on.

Here's how Hansen and other success stories made the massive 180-degree turn to change these weaknesses into strengths, and you can too:

It's not your strengths that will take you to the top

When asked what made his career so successful, Will Smith said:

We often look at our flaws and assume "perfect" people that lack those weaknesses are on the fast track to success. But success is a marathon, not a sprint. Even Will Smith has better looking and more talented actors to compete with, so like him, make a determination to never get off that treadmill. Shed the myth of overnight success, and realize that it's not your weakness that will hold you back -- it's your determination that will take you to the top.

You have to know what your weaknesses are, and accept them

Hansen finally went to a neurologist because avoiding the problem was causing him so much pain, and by actually confronting his problem, Hansen was able to transform his limitation into a real strength. This allowed him to produce art like never before, and he found himself inspired by his limitation instead of encumbered by it.

As Micheal Jordan says, "My attitude is that if you push me towards a weakness, I will turn that weakness into a strength."

Embrace the weakness, discover it and love it. Aggravation is the mother of invention. Take what aggravates you, or what you see as your weakness, and make an effort to create real change instead of ignoring it.

Hansen found the hidden upside to his weakness by making an incredible array of artwork that pushes the limits of what anyone can accomplish with Starbucks cups or hamburger grease.

As author Dave Kerpin put it, " Every weakness has a corresponding strength." For instance, you're not inflexible, you're organized. You're not weak, you're humble.

Write down three of your biggest weaknesses, and try to find upsides. Find three ways to harness those upsides today, and let in snowball from there. You'll be amazed at how those flaws suddenly become your biggest allies.

Find your creativity through limitations

Theodor Geisel -- better known as Dr. Seuss -- wrote "Green Eggs & Ham" after betting that he couldn't produce a story using less than 50 words. He produced a timeless classic. and research shows that he was onto something more than just a lifetime of royalty checks.

O.C. Tanner studied the award winning work of 1.7 million creatives, and what they found was pretty surprising:
"Awards are frequently given because people performed Great Work within their constraints. They solved problems. They overcame hurdles. And, they made a difference that someone loved."

Just like Hanson or Dr. Seuss, instead of shying away from your weakness, embrace the hidden well for creativity it presents. Sometimes when we need to harness creativity, it is better to think inside the box rather than outside it.

Seek help and advice when you need it.

While you need to push yourself, and transforming a weakness to strength is never easy, sometimes you may need help when deciding the right path. Having people in your corner who are there to support you is not a weakness in itself, but rather a mechanism that will help you achieve your goals. No massive success story happened overnight, or involved one individual. People need help, especially in these circumstances. You may become overwhelmed, and you may fail. Having a support system in place is crucial for the realization of your end goals.

Transforming weakness into strength involves coming to terms with many aspects of who you are that you may not want to face. It takes strength to get there, and it takes greater strength to continue pushing yourself. But once you get started, you'll find out your weakness isn't so bad after all.

What are your tips for breaking out of your comfort zone? I want to hear from you!

CEO and Founder of LexION Capital