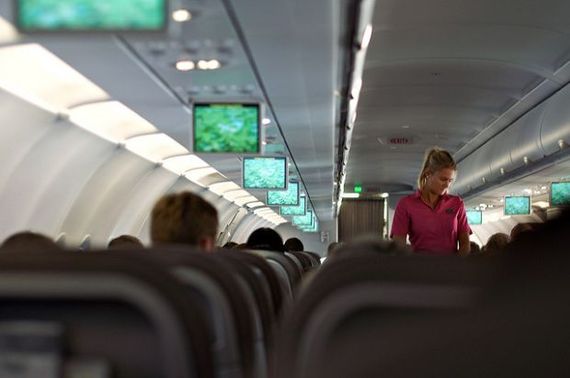 Traveling is no doubt an exciting venture. Choosing where to vacation, then researching the attractions, culture and local dishes before you arrive can be just as thrilling as experiencing the new destination itself. Although visiting a new part of the world is fun, getting there can be an entirely different story. Finding the right accommodations and deciding what to pack while keeping in mind weather conditions and airline luggage restrictions can be overwhelming. It takes a seasoned traveler to know how to overcome unexpected travel snafus, which is why U.S. News decided to pick the brains of people who travel the most: flight attendants. We chatted with new and veteran flight attendants for tips on packing, overcoming jet lag and how to make the most of your destination.

See: In-Flight Etiquette: How to Be a Better Passenger

Pack strategically
The consensus is to roll your clothes and pack light. According to flight attendants, what we think we need and what we actually need are two different things, and bringing too many pairs of shoes is a common mistake. Heather Poole, author of "Cruising Attitude: Tales of Crashpads, Crew Drama, and Crazy Passengers at 35,000 Feet," advised packing two pairs at most, excluding the shoes you're going to wear at the airport. Abbie Unger, who has worked for two U.S. carriers and runs the Flight Attendant Career Connection, a website dedicated to helping individuals become flight attendants, said if you do decide to pack multiple pairs, put them at the bottom of your bag for better weight distribution.

As for clothing, pack only the essentials. "Bring staples that can be used with a lot of outfits. This does mean leaving behind printed, bright or extra fashionable clothing," said Lisa Ibarra, who has been flying for two years with a major U.S. carrier. Poole, who has flown for 20 years, recommended that for every bottom you pack, you should bring three tops to go with it.

For families, Sara Keagle, creator of The Flying Pinto blog and author of "The Flight Attendant Survival Guide," urged parents not to give their little ones the responsibility of their own luggage. "Kids under 6 or so, pack their clothing in your suitcase. Otherwise you will be the one schlepping their bag," Keagle said.

Prep your carry-on, too
To ensure a smooth and comfortable flight, passengers should stay hydrated and keep warm. Flight attendants know that planes have a tendency to get cold, regardless of the season, and urge passengers to prepare their carry-ons accordingly. If you don't have room for a jacket, many suggest bringing a pashmina along, as it takes up little space and keeps you warm. "You can use it as a blanket, ball it up as a pillow and even use it to cover your nose if you're sitting next to someone smelly," said Unger. She also recommended bringing snacks, citing this as one of the biggest mistakes passengers make. "Less and less food is available aboard the aircraft these days. Even if you think you will have time to eat on your layover, if the plane is running late you may have to sprint to your connection."

Ibarra said travelers should be drinking lots of water and recommended packing an empty water bottle to refill. She also suggested moisturizing, as the air in the plane gets very dry. Along with hand cream, Ibarra said crew members like to use moisturizing mist on their faces to stay refreshed during long journeys.

And as far as entertainment goes, don't rely on technology 35,000 feet in the air. Oftentimes, in-flight entertainment, as well as the Wi-Fi, can malfunction, and there aren't IT technicians on board to tend to the problem. As Unger put it, "A book never runs out of power."

See: How to Fly with Kids

Splurge on your hotel
When it comes to choosing a hotel, Ibarra recommended spending extra on a property that's close to the city center or the area's main attractions. "Location, location, location! It is so important because you don't want to be spending most of your time getting to where you're going." As far as amenities go, the flight attendants say that hotels can usually supply small toiletries that guests tend to forget, such as razors, toothbrushes and toothpaste, meaning you should check with the concierge before buying any items. While you can rely on your hotel in a pinch, Unger cautioned that the property's toiletries aren't necessarily the best quality and aren't suitable for longer than a day's use. "Hotel amenities vary widely, so you can't count on anything these days unless you're staying at a five-star hotel," added Heather Zorzini, a flight attendant with 30 years of experience and author of "Travel Like a Flight Attendant."

Unger also said you should avoid touching the TV remote, as it's rarely cleaned, and put a "Do Not Disturb" sign on the door, as hotels have been known to accidentally assign rooms to two different guests. And if you're too tired to go out for food, order takeout from the hotel restaurant: According to Keagle, it's often much cheaper than room service.

There is no trick to beating jet lag
Flight attendants say there isn't a singular secret to beating jet lag, and everyone has different coping techniques. Ibarra and Unger suggested holding out until bedtime to catch some shut-eye. "Our bodies adjust to the sun, so being out and about will help," Ibarra added.

On the other hand, Zorzini needs a quick nap to adjust to a new time zone. She also tries to alter her eating schedule. "I've tried to eat according to my home time, such as not having a large dinner when it would normally be my breakfast time," Zorzini said. Unger echoed this sentiment, recommending travelers eat something before going to sleep. "The worst thing is waking up at 3 in the morning starving because your body thinks it's lunchtime and you were too tired to eat before you went to bed."

Seek advice from locals (and your flight attendants)
Ask and you shall receive is the best piece of advice flight attendants can give to travelers. When Ibarra lands in a new destination, she talks to everybody -- servers at the hotel, concierges and locals to ask for the best places to visit and things to do. Poole agreed: "Locals are proud of where they live and love to share things that aren't touristy or pricey." She also suggested asking your flight attendant. "We love to talk, so don't be afraid to ask us. Flight attendants know all kinds of great places that are cheap, but good."

Depending on the destination, Keagle suggested walking as much as possible. "There are so many treasures that you just don't find driving." Another way to immerse yourself in a new culture? Shopping. "For an intense cultural experience, I love to visit huge department stores -- Keio in Tokyo, Selfridges in London and Le Bon Marché in Paris," Zorzini said. "They all have a wonderful range of unique items, plus amazing food halls for local delicacies."

If your itinerary allows, Unger suggested scheduling a long layover to explore two cities in one trip. "An eight or nine hour layover at Reagan National Airport would allow you to hop on the metro and explore nearby Washington, D.C."

About the author: Rachel Center is an intern for the Travel section at U.S. News. You can follow her on Twitter or email her at rcenter@usnews.com.