The Castro regime is still in charge, but for some travel companies, the 2012 election in the U.S. has ushered in the closest thing to a golden era of Cuba travel possible under the current trade embargo.

Earlier this year, the future of legal travel to Cuba seemed in doubt as tour companies faced unprecedented hurdles in securing required licenses. But in the run-up to November 6, the Office of Foreign Assets Control renewed a number of licenses for "people-to-people" trips, run by companies with an educational mandate to show the cultural side of Cuba rather than the beaches that are so popular with Canadian, Japanese and other tourists from around the world.

President Obama called for people-to-people trips back in 2011. His second term should offer further stability for travelers contemplating a trip to Cuba, says Tom Popper of Insight Cuba, a tour company that focuses exclusively on trips to the island.

"We went from the doldrums to the most glorious position," Popper says of the delay in license renewal followed by the Obama victory. "This is amazing for everybody involved."

Speaking generally about legal travel to Cuba, Popper also shared with HuffPost Travel a number of tips for first-time visitors to the island.

"People-to-people licensing is really the only time in the last 50 years that any American can travel to Cuba," Popper says. Journalists, church groups and others were able to travel to the island but "this changes everything." In other words, if you've wanted to go but were afraid of going illegally, now's the time.

"Select a company that has experience," Popper says. He also advises travelers to ask good questions of their trip provider -- and to be sure that the itinerary as advertised is up to date.

"Most of the trips are going to be expensive," Popper warns. Between regulatory requirements and the general difficulty of doing business in Cuba, prices can seem high compared to trips of similar lengths going to other destinations.

"Properly set your expectations," Popper advises. "Hotels in Cuba are not like international hotels anywhere else," he adds with a laugh. Food too can be less impressive than some visitors might expect -- particularly given the quality of Cuban food in the U.S. Popper says that the quality of tourist services on the island is a direct result of the trade embargo: "They can't get stuff," he says.

Be prepared to pay for the web. Many major hotels have insanely expensive Wi-Fi, but other than that, you'll be largely disconnected from the web, Popper says.

"Things are expensive, in part because they're for tourists," Popper says. Between cocktails, small souvenirs, cover charges, the aforementioned internet, things add up -- and there are no ATMs. You'll need to take all the cash you think you need plus plenty more just in case.

Cuba Travel: With People-To-People Trips On The Rise, Advice To First-Time Travelers To Cuba
People-to-People in Cuba 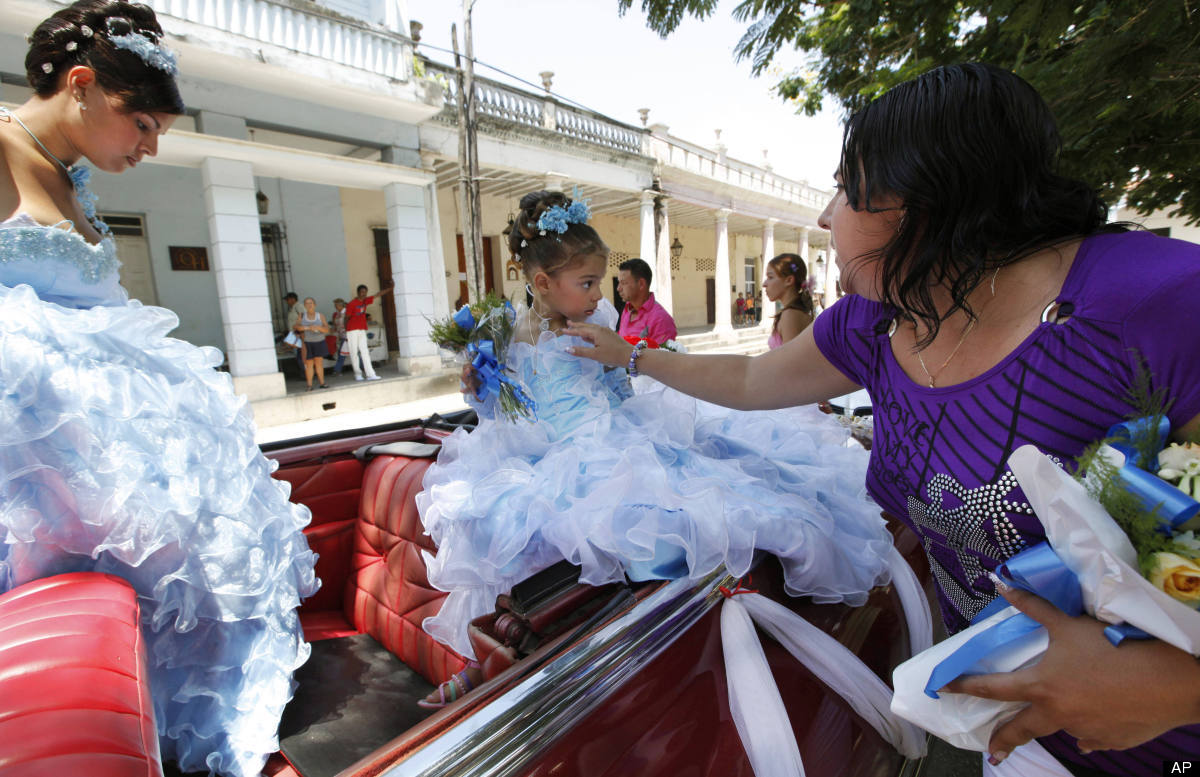