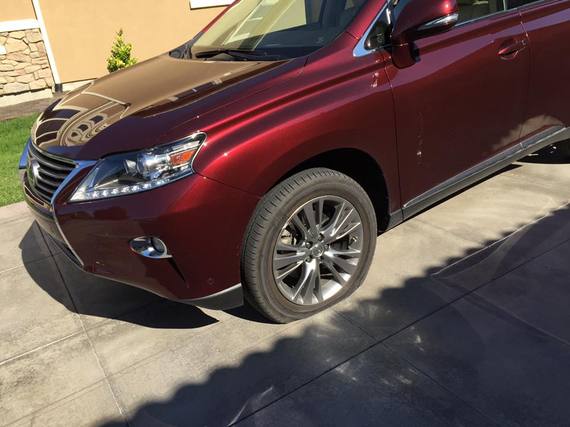 I was scheduled to present a motivational speech to an exclusive, private club in Boise, Idaho. I wiggled into my dress, gathered my notes, and sashayed to my car with 45 minutes to make a 30-minute drive. The tire was flat.

I take pride in being independent but there are two chores I refuse to learn: how to change a tire and how to use a chainsaw. There are other people who can do those activities far better than I can. And, everyone knows I would cut off at least one appendage if I ever held anything that involved buzzing sharp edges. I buy Band-Aids in bulk because I've been known to slice through skin with a dull butter knife. Chainsaws are for loggers and horror movies.

I glared at the flat tire and calculated my options. My husband was at work 40 minutes away. My adult children were all on vacation. My neighbors were gone, and my town didn't have a taxi service. I called Uber, but the nearest driver was an hour away. I called the woman who had invited me to speak and left a desperate message of apology on her voice mail. Then I called the private club and left another anxious message. By then, it was time to be at the presentation.

An important rule to know: When all else fails, try Facebook. I frantically logged into my account online and issued a global plea for a ride. Instantly, friends responded so I took the closest one. I arrive an hour late to the event, but by then all the guests were on their second glass of wine and feeling quite forgiving and jovial. They laughed with me before my first joke, and that's when I finally was able to breathe without whimpering. 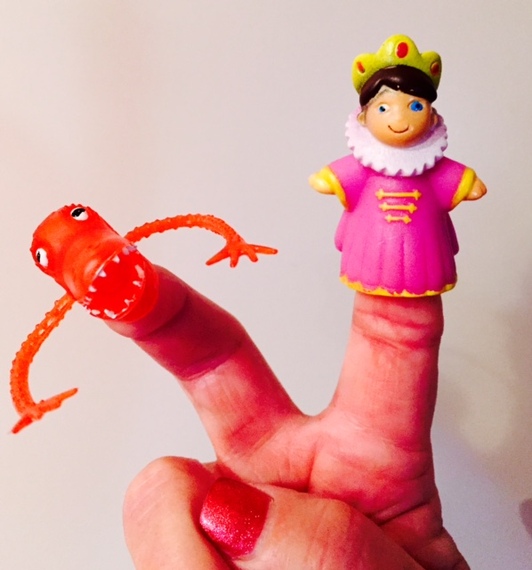 I always carry finger puppets because I use them in speeches and workshops. It's great fun to cause stuffy engineers to turn into silly schoolboys singing rounds while using finger puppets. My best gimmick is to use finger puppets to show the audience how to transfer hostile, negative thoughts and invite charming, positive encouragement. These cheap but powerful puppets are available in bulk at party stores, and I advise people to keep a few at their desks or in their car.

So, I stood before the group with Monster Puppet telling me in one ear that I was a loser and no one would ever ask me to speak again. He even said my dress was ugly. Queen Puppet responded with positive affirmations that shit happens and I glow brighter than the morning sun. The banter continued until Monster Puppet ultimately was vanquished. The speech moved into my prepared remarks and ended with applause. Merriment and more drinks ensued.

I begged a ride home and made plans to contact the tire dealer. As I prepared for bed, Monster Puppet snarled that I was too stupid and lazy to learn how to change a tire. Queen Puppet suddenly appeared with a chainsaw and chopped off his head. Unfortunately, my finger is cut again.