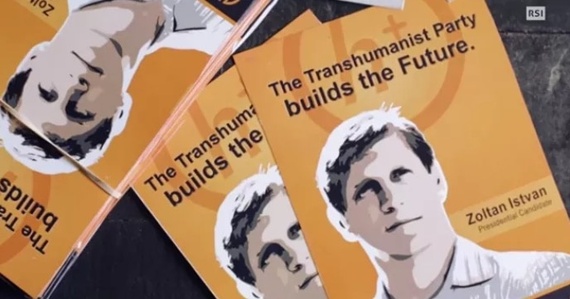 After nearly 730 days of vigorously campaigning to be your next President, I am ready after November 8th to go back to being a writer and father. But before I do so, I want to give you my best advice on how to vote.

To begin with, I want to honor all those of you who have followed and supported my campaign. I will be voting for myself, and I welcome you to vote for me too. Bear in mind that voting for me is a protest vote, and it will almost certainly make no technical difference. Being realistic, you're better off to vote practically on November 8th and to vote your conscience--I encourage that.

Also, should you decide to vote for me, you should write my FEC registered legal name in as Zoltan Istvan Gyurko. Also, in New York and Florida, you should include my placeholder Vice President Lisa Memmel in the write-in space. Finally, the only other states I'm quite certain my vote will count in are Vermont, Wyoming, Oregon, New Hampshire, New Jersey, Iowa, Delaware, and Alabama. They may count in some others--the rules are complex.

For the record, my campaign from the start was never about trying to win the presidency. It was about pushing the meaning and ideas of my campaign slogan: Putting science, health, and technology at the forefront of American politics.

Finally, these are the three defining OpEds I wrote about my campaign over two years. Check them out: my Huffington Post original "Transhumanist Party Forming and Candidacy Declaration" article; last year's Gizmodo "Why I'm Running for President" story; and last week's Vice Motherboard "What I Learned Running for President" article.

The country is at an important crossroads. It's in everyone's hands to make a difference. But no matter what happens, you should get out to vote. You should insist on it. Good luck!