(This is an excerpt from the forthcoming book, Field Notes from a Music Biz Life.)

"It's bad enough Beer has an MBA. Why does he have to flaunt that fucking map?" -- Consensus of record company promotion reps, December 1972

In Lenny Beer's first 48 hours as Record World's Chart Editor, he alienated many of the labels without whose advertising there would be no Record World and therefore no charts to edit.

On Day 1, he taped to his wall that large map of the U.S. highlighting the importance of various markets. On Day 2, he made explicit to the parade of visiting promotion reps what the map had signaled: henceforth our charts would be based on real market research, without fear or favor.

The fearlessness came from Lenny's ignorance of the consequences of not doing favors.

The label execs were dumbfounded -- and furious they might lose the leverage they believed their ad dollars ought to have guaranteed. When they felt they didn't get a fair hearing from Lenny, who was long on smarts but short on diplomacy, they came to me. 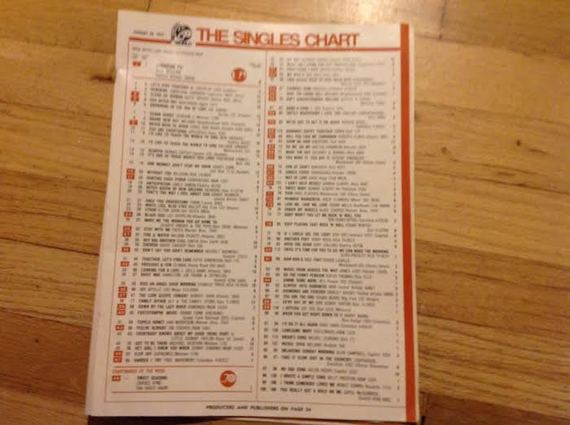 Some argued against the new policy, others just vented. A 20-something master of understatement from CBS Records cautioned against charts "wound a bit too tight." A more seasoned rep from United Artists lobbied for a transition period of a few months so Lenny could learn "how the business really works." Atlantic's ageless Juggy Gayles, the man who, we liked to say, put the "hype" in "hyperbole," was more direct: "Fuck his fucking MBA, just give me my bullets."

Comic relief came courtesy of a rookie rep from London Records, who barged into (our publisher) Bob Austin's office and demanded Lenny's head. Bob, who operated in a timeless realm far removed from the quotidian concerns of the magazine, had no idea we were changing anything. He flicked the rep over to me, figuring we peons would hash it out. We didn't hash, and London stormed out.

If Lenny cared too little about what others thought, I cared too much. In each meeting I asked for time and forbearance. But I could only use generalities in defending Lenny because I didn't know the details about his new methodology. Neither did he, yet.

Feeling restless at the end of a long, dark Tuesday, I decided to jog home from our midtown offices to my West Village apartment, a trek that seems insanely dangerous in retrospect. Propelled by nervous energy, I dodged the jaywalkers, the buses and the taxis but ran smack into a wall of anxiety. That one of our owners was clueless about the magnitude of what I'd set in motion suddenly didn't seem funny. How would he and his partner Sid Parnes react when the chart bullets stopped flying?

Lenny was like a blank slate falling off a turnip truck into a vacuum. No system existed at Record World for compiling charts, and he didn't know a rack jobber from a one-stop from a distributor.

The good news was that since there was no system to overthrow, he had complete freedom to innovate. And blissful ignorance of the old boy network of record company honchos, retail mavens and radio programming cliques that ran the business made it hard to play favorites: If you didn't know whom you were offending, you wouldn't need to play defense. 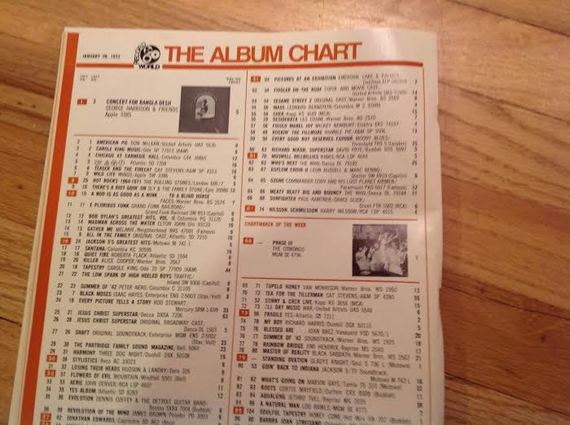 To find out and report the truth about which records were headed for the top and which were destined to fail was a lofty goal. But we weren't completely idealistic: Amazingly enough, even in 1972 such a system didn't exist anywhere. Most records were ranked pretty similarly in Billboard, Record World and Cash Box. But too often they were separated by huge margins that could be explained only by ineptness or corruption. Or both.

Our goal was to publish the No. 1 charts in the industry -- No. 1 with a bullet.

The first order of business was to create a transparent set of rules and procedures for determining and reporting how albums and singles were ranked, how they moved up and down and how bullets were awarded or denied.

Album charts in all the trades were based solely on sales. In those days of manual typewriters, no voice mail and no fax machines, some retailers were contacted by phone, but most reported via snail mail, which by definition made them hopelessly out of date by the time the trades hit the streets. They'd generally say that sales on a given album were "Good," "Bad," or "Poor." Or they might give you their Top 10; or their Top 40.

Drawing conclusions from this kind of information was artistically -- and perhaps financially -- satisfying, but mathematically absurd.

Say Tower Records ordered 100 units of a Rolling Stones album in four cases of 25. If they sold two cases, that's 50 out the door. Then say that same buyer ordered five copies of Foghat's LP and sold out fast, so he ordered another five and immediately sold those. He might report that the Stones album was "slow" or "bad" but that he's having trouble keeping the Foghat in stock! In reality, he sold 50 copies of the Stones and only 10 of Foghat.

An even more fundamental reporting flaw rendered the existing album charts irrelevant: most surveys reflected shipments of albums to stores, not actual sales to consumers.

One label might ship 500,000 (earning a Gold certification) or even one million units of an album (Platinum) and debut in the Top 10 -- but end up selling only 50,000 and the unsold copies would have to be returned. (Hence the joke that an over-hyped record "shipped gold and returned platinum.") Another album that shipped 50,000 and sold every last copy would barely make the charts.

Gary Cohen, another RW staffer in his early 20s, had worked at Queens retail outlet Disco Disc when he was 19, giving him more retail experience than the rest of us combined. A workhorse who prided himself on being the first into the office every day, Gary spoke retail. He got the gossip about the movers and shakers in the retail community, he wrote front-page stories about them and he gained their confidence. After a while, they began giving him the all-important piece counts.

Record World found an early ally in Ira Heilicher, the hip young son of industry titan Amos Heilicher, whose Minnesota-based company owned the 1300-store Musicland retail chain and was the leading rack jobber in the nation. (Rack jobbers were wholesalers who bought in bulk and supplied retail stores with "racks" and product.) At their peak, the Heilichers were responsible for a fifth of all records sold in the U.S.

Ira understood that his company, and everyone who made money selling records, could benefit directly from charts based on over the counter sales. Accurate information about the current status and, more important, the future trajectory of records, facilitated smarter bets on what to purchase and in what quantities. And that meant higher profits. 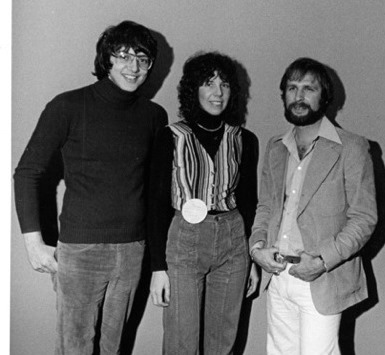 Ira became the first retailer to give us piece count data. But he did much more than that: once the Heilichers were on board, Ira lobbied others, including the rack jobbing giant Handleman and the innovative retail chain Record Bar, to follow suit.

While the album charts were determined by a straightforward projection of piece count data, the singles charts -- a combination of Top 40 radio airplay and sales -- were more of an art form.

Based on a formula that Lenny called "a constantly moving matrix" -- a market-research phrase that deeply annoyed the street-hustlers -- the criteria for upward movement/bullets shifted from week to week due to such variables as the fluctuations of stations' ratings and the weight given to sales versus airplay. If a single went Gold without huge airplay was it a bigger smash than one that sold fewer copies but dominated the nation's airwaves and sparked monster LP sales?

With that information as a foundation, a chart could not only capture where a record stood at a particular time but also -- far more significantly -- could predict its future trajectory.

Powerhouse radio programmer Scott Shannon proved to be the Ira Heilicher of singles. Understanding that singles charts with strong predictive powers could help stations achieve higher ratings and increase profits, he smoothed the way for us with other key players.

With Gary Cohen in place on the retail side, Lenny turned to an even younger staffer to liaise with Top 40 radio movers and shakers. Toni Profera started at the RW reception desk fresh out of high school -- she had experience talking to people! -- and her likability and attention to detail had earned her a spot in the chart department shortly before Lenny's arrival.

The 48-hour revolt against Lenny and the brave new world of accurate charts was harrowing. But there had been no direct threats or specific reprisals. The threats didn't start until Wednesday. The reprisals took another week.

(More about the chart wars in later chapters. Next time: Special Issues, starring The Who, Elton John, The Bee Gees, and Glodean White's fingernails.) 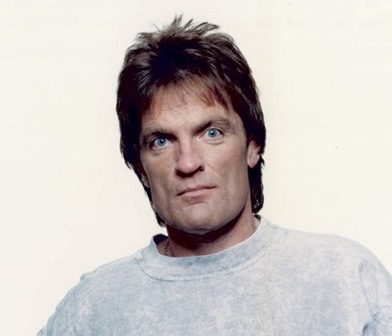