That most American of holidays is almost upon us: Thanksgiving. It's a time to enjoy (or perhaps tolerate) family, eat way more than you should, and on the day after, shop to your wallet's content. "Black Friday" has become part of the holiday festivities (along with "Small Business Saturday," "Cyber Monday," "Giving Tuesday" and so on). So is it downright un-American for a retailer to shun commercial tradition and close its doors on one of the biggest selling days of the year?

That's exactly what outdoor recreation retailer REI is doing this coming Black Friday. Instead of super specials and "doorbusters," REI is giving its staff the day off to bust their own doors wide open and enjoy the great outdoors. They have even created a website and hashtag - #OptOutside - to celebrate the day off, and encourage customers to do the same. On the face of it, this is retail suicide - after all, Black Friday has been a top 10 sales day for REI. When you look a little more closely however, REI may not be so crazy - and in fact, the strategy is not even completely original. 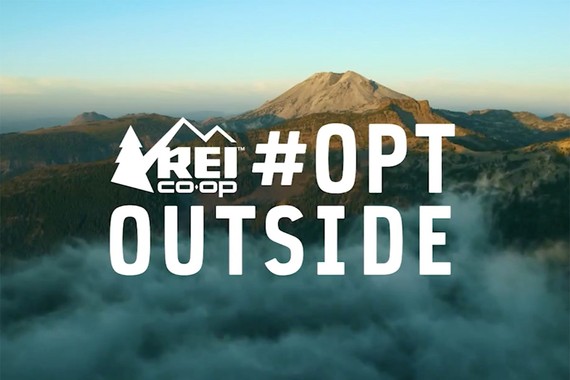 Firstly, REI is just at the leading edge of retailers who are dialing back Black Friday trading hours. For many years, store openings have crept earlier and earlier, until they typically now edge back into Thanksgiving. But now, online retail makes that practice less and less of an event. Why stand in the cold in front of a physical store at 4am, when you can just jump on the web to purchase? 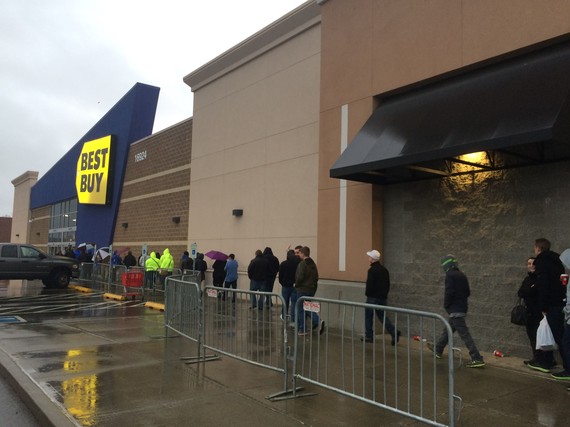 Is there also something else bubbling beneath the surface - a feeling amongst consumers that we all have enough stuff, and do we really need another opportunity to splurge?

That's part of the mood that REI is really tapping into. As REI President and CEO Jerry Stritzke said in USA Today, "We define success a little differently. It's much broader than just money. How effectively do we get people outside?"

This is a clear case of offering "values" as much as "value." And in a world where Millennials are taking hold of the reins (as well as the purse strings), it's increasingly what customers are responding to. Shoppers want retailers who are authentic and stand for something beyond just price and product. "We are seeing this trend loud and clear in our surveys," says Michael Sussman, who runs the BrandAsset Valuator* research worldwide. "Our latest study of shoppers shows that over 75% of Americans prefer brands which make responsible choices about ethics and the environment."

REI's choice is also a way for the brand to stand out in an always-on retail world. "It used to be that you could build a brand on awareness - today, the key pillars are differentiation and relevance," Sussman told me. "By closing on Black Friday, REI is making a clear statement about its brand values that will connect well with its customers."

REI has two structural benefits that give it permission to shut on Black Friday. It is a private company and so its executives don't feel the heat of shareholders who want to squeeze every last penny of value from their investment. REI is also a co-op - it's owned by its members and managed democratically, with an open commitment to treating its sales associates well. (Maybe there is something in the whole co-op idea. UK department store John Lewis is also a co-op and is arguably one of the most successful retailers in the world).

While REI's effort is bold, it is not the first time that a retailer has taken an anti-consumerist stance on Black Friday. In 2011, Patagonia famously published a full-page press advertisement with the provocative headline: "Don't Buy This Jacket." 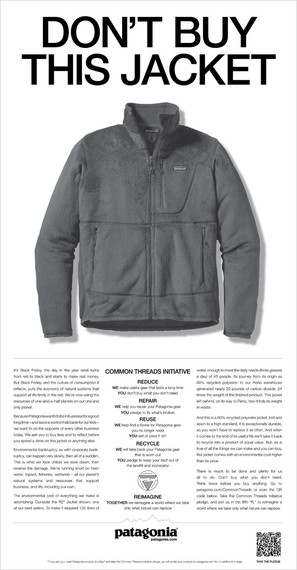 As the copy in the ad read, "Because Patagonia wants to be in business for a good long time - and leave a world inhabitable for our kids - we want to do the opposite of every other business today. We ask you to buy less and to reflect before you spend a dime on this jacket or anything else." You can hear the echoes of Patagonia in REI's initiative this year.

It will be fascinating to see the result of REI's store closing this Black Friday. Already their ROC (Return On Closing) is evident in the enormous amount of PR and goodwill generated. My tip is that customers will reward REI with enough business around Black Friday to make the loss in sales on that day worthwhile. Perhaps this is a call too for other companies to turn their brand positioning into a brand stand. After all, a principle is not a principle until it costs you money.

*BrandAsset Valuator is owned and managed by Y&R, the parent company of Labstore, of which Jon Bird is Managing Director.