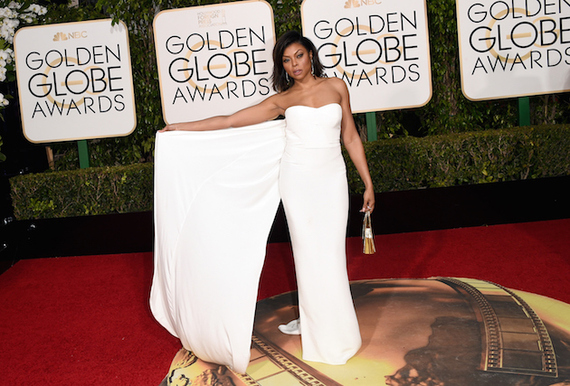 It's official, awards season is here and the Golden Globe Awards red carpet kicked off a season of serious high fashion. And lucky for us at BRIDES the dominant trend on this year's red carpet; white dresses! Nominees Alicia Vikander, Saoirse Ronan and Taraji P. Henson all graced us with ethereal looks destined to inspire brides-to-be. Of course there was plenty else to inspire, especially from some of our favorite bridal designers like Marchesa, Monique Lhuillier, Zuhair Murad and Zac Posen. Here, some of our favorite looks of the night to inspire your wedding-day attire. 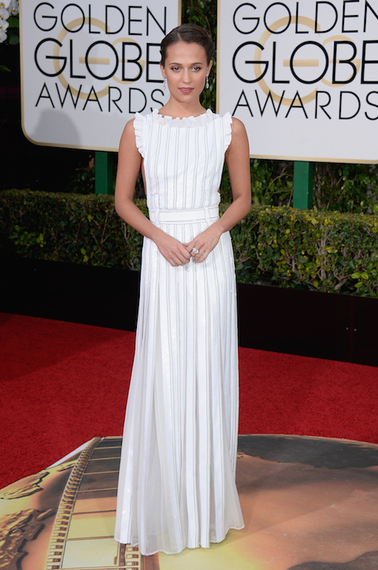 Since gracing the cover of Vogue, and garnering two Golden Globe nominations, Alicia Vikander has been on our "ones to watch" list. And she didn't disappoint on the red carpet wearing a perfectly paired down nautical-inspired white sequin gown from Louis Vuitton (she's an ambassador for the brand) with a ruffled neckline and strapped back. 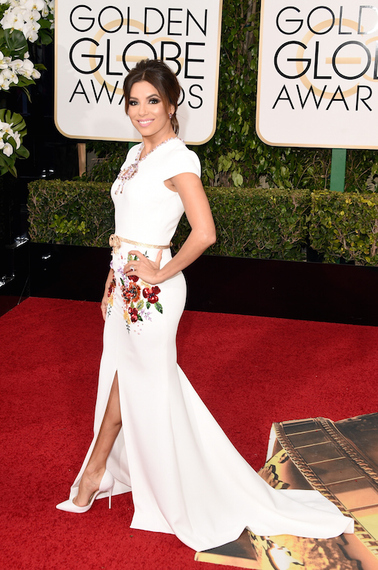 Eva Longoria rocked the red carpet with that newly-engaged glow. The Telenovela star's white embroidered George Hobeika hugged her in all the right places, but we couldn't take our eyes off her ear-to-ear smile! Longoria was celebrating not only her own coming nuptials, but her parents celebrated 50 years of marriage the night before. 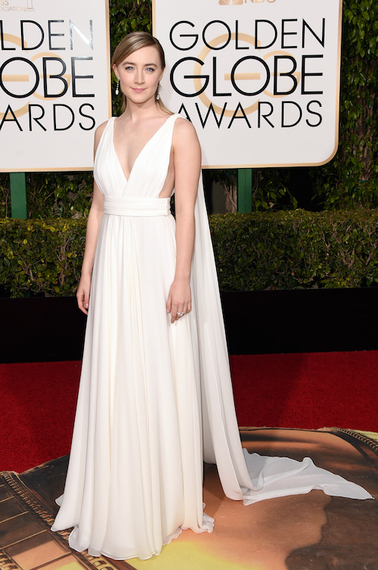 Saoirse Ronan (just ask Ryan Gosling how to pronounce her name) celebrated her Golden Globe nomination for Brooklyn in an ethereal white whisper of a Yves Saint Laurent Couture dress.

It's Cookie Lyon's world and we're all just living in it. That's basically the message Taraji P. Henson is sending us in her ethereal yet strikingly modern Stella McCartney dress. Topped off with an of-the-moment messy lob and gorgeous emerald Kimberly McDonald earrings. 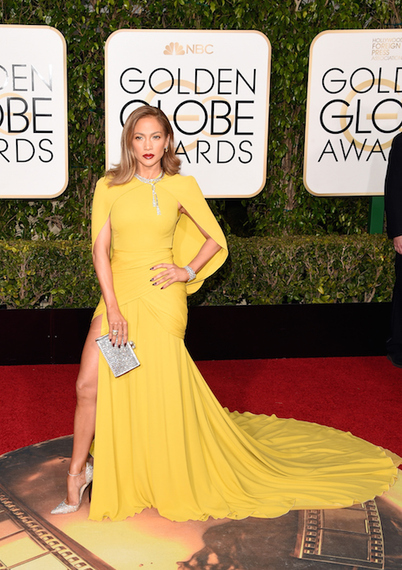 Jennifer Lopez certainly threw us for a loop. The normally over the moon sexy star, went for demure (save for some serious legs) in a "mustardy yellow, marigoldy, yellow" (her words) Giambattista Valli caped dress paired with Old-Hollywood glam Harry Winston jewels. We'll quote Ryan Seacrest for this one: "ravishing, dashing, stunning, regal, amazing." 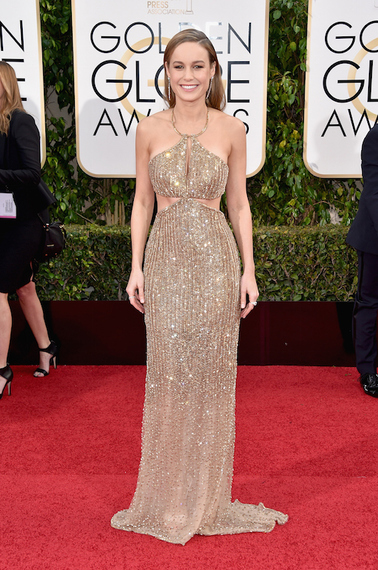 Brie Larson took home a Globe for her performance in Room, and we're sure the actress is set to have one of the best red carpet records this awards season. She was off to a good start in a custom-made show-stopping Calvin Klein dress, basically a Golden Globe personified. See even more great looks to steal from the Golden Globes.

More From Brides.com:
The Most Iconic Celebrity Brides