So far in this series, I've focused on the content of your writing: choosing a good topic, giving structure to your thoughts, and finding the right words.

Unfortunately, you can excel at all that and still produce writing that's hard to read. If so, the problem may be rhythm -- or the lack thereof.

Rhythm is everywhere else in our lives, too: in heartbeats, walking, the passage of days.

And in that last phrase: "in heartbeats, walking, the passage of days." You can tap it out like a drummer: da DA da, DA da, da-DA-da-da DA.

I could have written the same thought less rhythmically: "in the beating of our hearts, in our footsteps, and in the rising and setting of the sun." That would be OK in terms of content, but reading it just wouldn't feel as good. 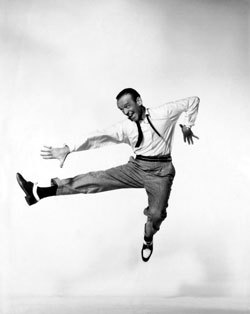 At this point, some readers may be worrying, "But I have no rhythm." Don't. It can't be true, because if it were, you'd be dead.

You probably just need to wake up your ears. What follows are four easy techniques for doing that.

1. Read your work aloud. If you want to know how your writing sounds, it helps to hear it. Don't feel silly doing this -- prose pros can often be seen quietly moving their lips as they write.

2. Follow your breath. The first time I got paid to write, it was for radio. That's how I learned one of the best writing rules of thumb: reading aloud, you should be able to get through a sentence or clause in one breath. If not, add a comma or break up the sentence.

This rule is violated all the time by academic writers, whose readership may be low because their ideas are so rarefied, but who also tend to leave their readers mentally gasping for air. Try to read the previous sentence aloud, without the commas. Unless you're a pearl diver, it'll be hard.

2. Group things in two's and three's. These groupings are fundamental to music and poetry. In rhetoric, they're called bicolon and tricolon, so named by the ancient Greeks. "M&Ms melt in your mouth, not in your hands" is a bicolon. "Energizer keeps going and going and going" is a tricolon, as is "The few, the proud, the Marines."

If you read this piece looking for bicolons and tricolons, you'll find many. My first example was a tricolon: "in heartbeats, walking, the passage of days." Here were three bicolons in a row: "Rhythm is fundamental to writing, because it's fundamental to speech. To talk, we need air. To have air, we must breathe."

4. Cowboy up and learn some poetry. Too many people see poetry as (a) hard work, and (b) useless. To which I reply (a) not necessarily, and (b) wrong. Some knowledge of poetry is essential to all effective writing.

In particular, poetic meter, or rhythm. Meter is measured in "metrical feet." Your writing will quickly become more readable if you simply develop an ear for these two- and three-syllable feet (you don't need to remember their names):

Still think poetry is useless? There's a lot of power and money in that short list.

As you can see, metrical feet are often combined to make longer phrases, as in "Dolce and Gabana." One reason that name is so memorable is that the dactyl-anapest combination feels satisfying.

As with any other skills, you'll learn these ones through practice. Edit for rhythm as you go, to make things flow.

As I just did. Three paragraphs above, I at first wrote, "There's a lot of power and money in that short list of examples." But I could hear that the "of examples" felt rhythmically extraneous, as if the sentence had coughed a couple of times after shutting off.

So I deleted those two words. That left a sentence made of two bicolons, with the second one also serving as a nice, solid spondee: "There's a lot of power and money in that short list."

I didn't do that consciously; it just felt better.

Because it had rhythm.

Part 1: Creating Content Driving You Crazy? Here's How to Write

Both Fast and Well
Part 2: Know What the Heck You Mean
Part 3: The 'One Point Rule'
Part 4: Flip Your Pyramid
Part 5: An Ancient Lesson in Three Acts
Part 6: The Case of the Murdered Modifiers
Part 7: Get Physical
Part 8: Block that Metaphor!
Part 9: Why Clichés Are Evil