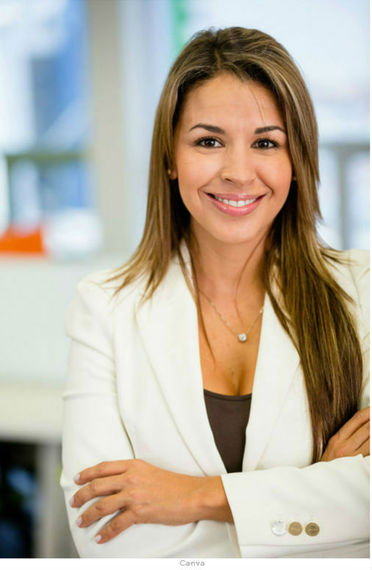 Research shows that 90 percent of top performers manage stress by staying on top of their emotions. In other words, they don't allow emotions like fear and anxiety to take over and dictate their responses to tough situations. Instead, they remain calm and in control.

Case Study
Stress was never an issue for Ellen until she came under pressure to deliver on her monthly targets. Her worry about not meeting her targets would kick off about the ninth or tenth of each month. As pressure began to build, Ellen would begin to think in a Catastrophic 'What if' type way. "What if I don't meet my sales figures this month"? "What if I am called in"? "What if I lose my job"?

Her thinking would then have a knock on effect in her brain and in her body: Cortisol -- her body's stress hormone and adrenaline her body's fight or flight hormone, would increase in her system, making her heart beat faster, her breathing speed up, her muscles tense. Her anxiety levels would increase -- sometimes she even felt panic.

At times she would find it hard to get to sleep. At other times she would waken after only a couple of hours and not be able to get back to sleep. Stress and anxiety made it hard for her to focus on the task in hand -- that is, to sell what she needed to sell, so that she would meet her targets.

Thinking that Escalates Anxiety and Stress
Another thinking habit or style that Top Performers are unlikely to engage in is Filtering. Filtering, like Catastrophic Thinking has been identified as a distorted thinking style or habit. When you engage in Filtering, you take the negative details of a situation and you magnify them, while filtering out or ignoring all positive aspects of the situation. As you focus on the negative, you are less likely to feel calm and in control when under pressure.

Case Study -- How George Learned to Stay Calm Under Pressure
George was a master in the art of Filtering. No matter how well his team had performed, George would always focus on what hadn't gone well. He would spend hours agonizing over what he needed to do to get things 'right.'

To offset his negative thinking habit, George was encouraged to keep a Positivity Journal. At the end of each day, he would make a list of three things that had gone well that day at work and why they had gone well.

For example on day ten, he recorded the fact that two people on his team had delivered early, because of recommendations that he had made. He also made note of a positive comment that his boss had made about his management style; George had engaged in coaching to improve his interpersonal skills. In addition, he noted that he was now up-to-date with four out of the six files that had been 'pending.'

After just twelve weeks of keeping a journal of positivity, George found that his brain had been trained to scan more readily for positives, with a resultant increase in his ability to stay calm and in control when under pressure.

Positive Psychology
Martin Selligman, the founding father of Positive Psychology says "We think too much about what goes wrong and not enough about what goes right in our lives ... This focus on negative events sets us up for anxiety. One way to keep this from happening is to get better at thinking about and savoring what went well ... You may use a journal or your computer to write about the (positive) events, but it is important that you have a physical record of what you wrote."

What about you? Have you used these approaches to stay calm and in control in times of stress? Please leave a comment -- I would love to hear from you.

More:
healthy livinganxietyStressemotions fear
Newsletter Sign Up
The essential guide to taking care of your mind and body
Subscribe to HuffPost’s wellness email
Successfully Subscribed!
Wellness delivered to your inbox

Bernadette has worked as a Cognitive Behavioral Therapist and Executive Coach Psychologist in Dublin, Ireland for over twenty years and is the author of “How to End the Worry Habit” and "Sleep Book for the Perfect Night's Sleep".