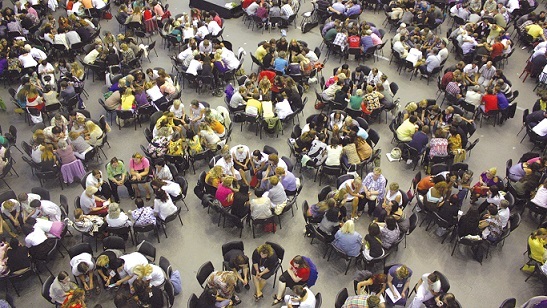 As hated as he is by so many, Trump can actually serve as a catalyst for positive change, and even Twitter could be useful in the process

Trump's presidency is the result of the years of Democratic rule that left the latent conservative America and their values behind. This sleeping bear is slowly awakening and the immense division in American society is revealed: A left leaning urban population, led by intellectual and financial elites with the media on their side, and a right leaning Middle America with its Rust Belt city workers and religious Christians. Both sides feel that they speak completely different languages.

The clash between these two cultures, ideologies and religious outlooks is now the most prominent division in American society, and it poses a very real threat. While it is not unprecedented for Trump to tweet messages of unity, it should become his major focus if he is to survive the next four years as president, and if he is to lead America towards better times.

Looking at the Bright Side of Trump

Despite the ongoing controversy surrounding Trump, which has at least partially been the result of a fierce and debased political campaign, along with the continued obvious refusal of the left to accept his presidency, Trump could actually prove to be a balancing agent between the two groups. Once a Democrat himself, Trump still holds some opinions that are not stereotypically conservative, such as his more accepting views on LGBT issues, he is open to working with people of different political views, including those who openly did not support him, and he is a professional deal maker.

However, should the many attempts to impeach and get rid of Trump succeed; there would almost certainly be a fierce response from the large public that elected him. Such a confrontational scenario must certainly be avoided. It is not out of the question that a clash between such grave differences in religious, cultural, and ideological stances could lead to civil war and have detrimental global implications.

With the deep mentality differences separating the two camps, and so much at stake, a more thoughtful and comprehensive approach is in order.

Back to Where it All Began

Going back to the cradle of Western civilization, where much of humanity's moral, philosophical and religious evolution first began, offers clues as to how it could be possible to bring these opposite forces together under a shared purpose.

Almost 4,000 years ago, what we now know as modern civilization, was centered in ancient Mesopotamia's Babylon. It is my view that what took place in that ancient society has more relevance to our day than we can imagine.

Babylonian society enjoyed relative peace for a while, as is written in the words of the Bible, "The whole earth was of one language and of one speech" (Genesis, 11:1). But then came a time of great hostility and strife between the different tribes, political camps and ideologies, and the air was filled with the great threat of war.

The solution, at that time, was to simply disperse. Back then, the practically vacant globe could easily accommodate the different tribes which would no longer have to get along if scattered. However, there was someone who offered a genuine solution: As the Midrash (Beresheet Rabah) and Maimonides both describe, Abraham the Patriarch was a great ideologue and visionary of that time, who had a unique outlook on the Babylonian crisis. He saw how nature's various components and opposing forces come together to create a symbiosis of incredible harmony. And he discovered how this can be applied to human society, to form a living system that could incorporate different opinions and mentalities to provide stability as well as unprecedented human development.

Alas, most of the Babylonians chose the easier but temporary way to overcome their differences and the opportunity for real change was delayed. Only a small number of people from every Babylonian tribe flocked to Abraham, willing to learn from him the method to connect above their differences.

He taught them how to look at sustainable social development as the dynamic interplay between two forces of nature, which manifest in human egoism, on one hand, and human connection on the other.

Today, we are reaching a point where our differences become irreconcilable once again. However, dispersion is no longer an option. The method of Abraham, long forgotten, has become relevant once more. In my book, Completing the Circle, I elaborate on how to implement this ancient wisdom in our societies, and my students have been holding specialized connection circles around the globe, bringing together even those people who are engaged in active conflicts, with great success. In just a few days, an international convention will bring together 8,000 people of all colors, political opinions and faiths, who will bring this method to life and prove, once again, that humanity can find a better way.

In our times, we must use social media and online communication to promote human connection on a massive scale. Just as it is being used to highlight our differences, it can also be used as a means to help us rise above them.

If Trump is smart, he will seize this opportunity to begin an ancient/new process that will save us from great suffering and pave the way for the social cohesion for which America is so desperate, one tweet at a time.