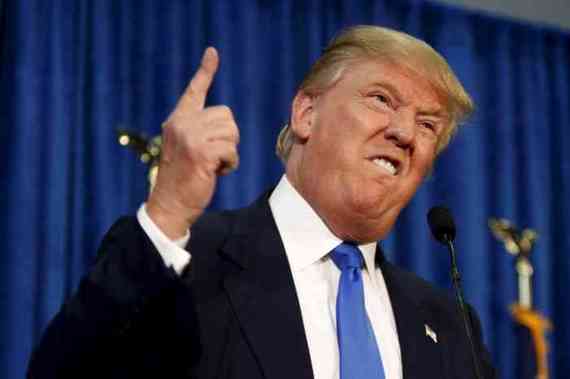 When Donald Trump says the system is rigged, how should we respond? Most of the pros, both Democratic and Republican, have said Donald Trump's claim is not only outrageously wrong, but is dangerous for American democracy. But what happens if a significant number of Americans, both Republican and Democratic, suspect that he's right, that the system is somehow unfair?

Take a look at voters under 30, who make up 21 percent of eligible voters in the U.S. Less than 20 percent of them voted in the last federal election, and you only have to listen to replays of the Bernie Sanders campaign to see why.

Most young Americans are understandably disgusted at the way that Big Money has corrupted the political process and distorted the way decisions are made in Washington. When they look at Washington, they see that too many U.S. politicians are beholden to wealthy contributors and interest groups. Exhibit A: Over 90 percent of Americans want background checks on people buying guns, but legislation has been thwarted by the rich and powerful National Rifle Association. Is this "government of the people, by the people, for the people?" You tell me.

This is a serious problem. As the American political sociologist Seymour Martin Lipset put it, legitimacy is based on belief -- " the belief that existing political institutions are the most appropriate and proper ones for the society." The ongoing abuse of trust by elected and appointed office holders in modern-day democracies is not simply a series of isolated incidents but a manifestation of a deep and widespread rot. The result is a full-blown crisis of legitimacy.

"It's rigged" plays straight into this current of discontent about the legitimacy of the political process. The danger is that large numbers of people may seek alternatives to democratic capitalism, ranging from anarchism and radical libertarianism to authoritarian communism and even theocracies like fundamentalist Muslims propose. There is even a growing danger of fascism with the rise of the far-right and even expressly fascist movements in the Europe and other places.

What does Hillary Clinton need to do?

For starters, Clinton can take a page from Barack Obama's first campaign. Obama's 2008 campaign used the Internet to build a movement. MyBarackObama.com gave supporters tools to organize themselves. Instead of being told what to do from up high, people could create communities themselves, raise money, and induce people not only to vote but to get involved in the Obama campaign.

What emerged was an unprecedented force: Thirteen million supporters connected to one another over the Internet, and self-organized to build thirty-five thousand communities of people with common interests. When young people chanted "Yes We Can," it wasn't just a slogan of hope; it was an affirmation of collective power.

It's true that in the hurly burly of Washington, that hope fizzled. The first Internet president, as Obama was once called, missed a historic opportunity to engage all those communities in the decisions of government. By the 2012 election, he had shifted gears. Instead of engaging citizens to organize on their own, Obama's election machine used Big Data to swing voters and raise money. Instead of "Yes We Can," the Modus Operandi of the Obama 2012 campaign sounded like "We Know You."

It was the expedient route to power. Obama used social media to broadcast messages and raise funds through data-enriched targeted advertising online. The strategy worked in getting him elected, but it came with hidden costs. Young people turned off, and tuned out of politics and government. The legitimacy of government, in the eyes of Millennials, was eroded.

It was disappointing, to be sure, but that does not undermine the value of using the power of self-organization via the Internet to bring young people back into the political tent, and bolster the legitimacy of government for Americans.

To be effective, Clinton should abandon the school principal habit of simply broadcasting her message to her audience and focus on engaging with them. She needs to resist the temptation to preach from the top down and use Big Data to orchestrate her campaign. Instead she should set up, as Obama did in 2008, a way for Millennials to self-organize so they can help her win.

This is, to be sure, a big shift for Clinton, but it may ensure she gets elected. More important, it can re-engage America's youth in democracy.

Don Tapscott is the author of 15 books on new technology in society, including Grown Up Digital, Wikinomics, The Digital Economy, and most recently with his son Alex, Blockchain Revolution: How the Technology Behind Bitcoin is Changing Money, Business, and the World.