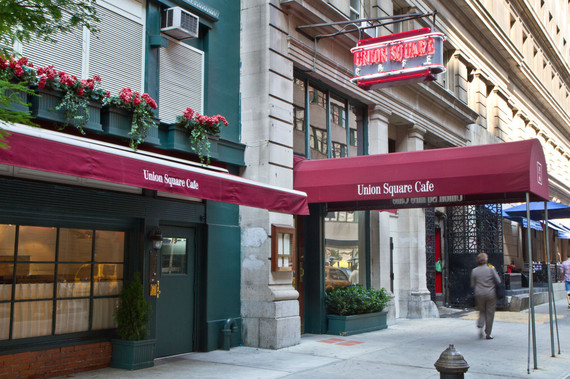 This fall, Union Square Cafe will celebrate the 30th anniversary of the day Danny Meyer opened the restaurant's doors at 21 East 16th Street. The restaurant helped revitalize the Union Square neighborhood into the vibrant community it is today and has become an icon of the hospitality world. And next spring, it will leave the original location to start a brand new chapter at 235 Park Avenue South.

Union Square Cafe's story has driven home the problem of restaurant closings caused by skyrocketing rents in New York City. But what's arguably more remarkable than the price of leases is the generous, open-minded way the team has approached the impending move.

As Managing Partner Sam Lipp explains, "This is a 30-year startup that we're undertaking. This is a brand new business that we're opening and we don't want to assume anything going into that. That mindset makes this such an amazingly exciting opportunity for me and for my team and for this company to really move forward with another chapter for this restaurant."

Sam shared with us the full story behind the new Union Square Cafe, from the decision to move to hunting for locations and, finally, to building and retaining a successful team. 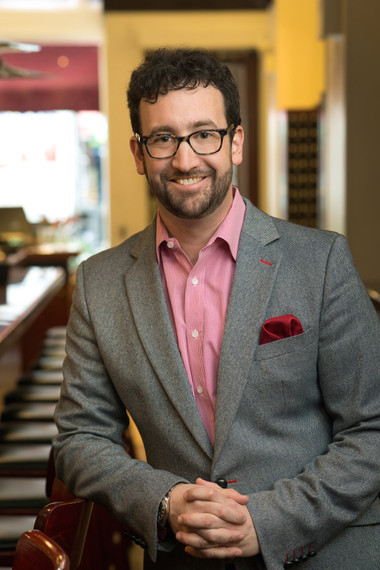 "Our top priority was not to leave our location"

In 1985, Danny Meyer took over an existing lease to open Union Square Cafe, and in 1999 he renewed it for another 15 years. So the countdown to 2015 began long ago.

When the team sat down to begin negotiations with their landlord, Sam says they had every intention of renewing the lease -- leaving wasn't an option on the table. Their deep roots in the community and long-standing relationships with guests, purveyors and staff members have given the space a special significance over the years.

But there were problems, too. The air conditioning was unpredictable and needed replacing, as did the electrical wiring and plumbing. Stoves, ovens and other kitchen equipment were held together with "string and duct tape." Going into negotiations, Sam says he wanted to invest in the next 30 years of the restaurant and look at long-term solutions for the brand so they wouldn't be negotiating again every few years. Ultimately, it became clear that investing in the space and accommodating the rent increase would be too expensive to make sense.

"Once we got to that point, it was emotional," says Sam. "We paused and said, is this the end of the brand? It was really an awesome moment because Danny and I both looked at each other and said, 'Absolutely not. There is gas in this tank. We have so much more to give and we just can't wait to do it.'" 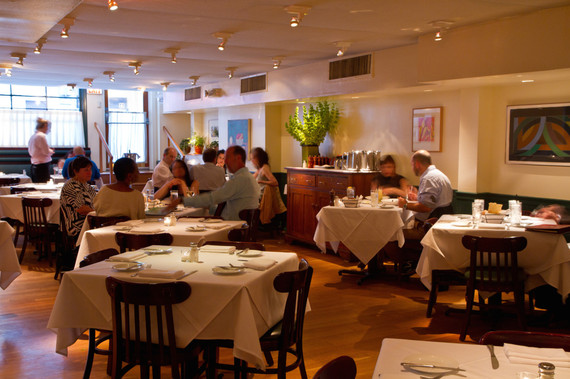 "These are our people"

When the search for a location began, a new priority emerged: to stay in the Union Square neighborhood. Not only was it the namesake of the restaurant, it housed the community the team forged relationships with over the years.

Since the move was announced last summer, Sam has spent his time in the dining room playing one part therapist, one part champion of the Union Square brand for loyal guests who can't imagine saying goodbye to the beloved restaurant. After the initial shock, however, guests were excited to hear that the new Union Square Cafe would have bigger bathrooms, more space in the bar, and a private dining room for celebrating special occasions.

"I try to tell people, yes, there are memories in those walls. Yes, there is a real connection with that space. But the two most important things about this restaurant are the people who work there and the people who dine there. And both of those groups have the ability to move."

The criteria for the new location were three-fold: It had to have warmth, character and soul. It also had to be in the neighborhood (defined by 14th Street to 23rd Street and Irving Place to 6th Avenue) and it couldn't be much smaller than the current space, which is 6,100 square feet. Since the chef at Union Square Cafe shops at the Greenmarket every day that it's open, they also decided that they'd have to be able to push a handcart or wheelbarrow from the restaurant front door to the Greenmarket in less than 10 minutes.

Finally, they turned to their most loyal guests. Since lunch is typically based more on convenience than anything else, they mapped the routes of their 25 most frequent lunch diners to make sure they would be closer to the new space than they were to the original.

"It's who we are," says Sam. "Those people are part of the makeup of the restaurant, so why wouldn't we include them in the constituent when we're considering all the different factors?"