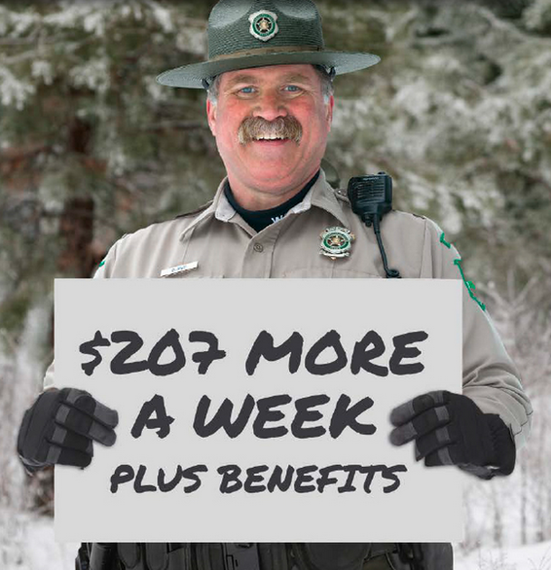 It's well established that union members earn substantially more than nonunion workers ($207 more a week), and are more likely to have health care coverage and solid pensions. What is less well known are the advantages that unions provide for all workers, not just those who belong to unions.

It's a fact: We've been creating pathways to the middle class for American workers for more than a century. Not only in the higher pay that all workers get - whether they're union or not - in areas where unions are strong. But also in rights and protections that we fought to have enshrined in law.

On June 25, we celebrate the 77th anniversary of the Fair Labor Standards Act (FLSA), a landmark law signed by Pres. Franklin D. Roosevelt. It introduced the eight-hour day, the 40-hour week, and time-and-a-half payment for overtime work beyond 40 hours. It also established a national minimum wage and outlawed oppressive child labor.

Roosevelt and his Secretary of Labor, Frances Perkins, didn't just pull these labor standards out of thin air. Unions fought for every one of them, going back to the 19th century.

And they didn't come easily, as the corporate class kicked and screamed about the adverse impact of providing protections for the nation's workers. President Roosevelt, in one of his famed fireside chats on radio the night before signing the law, warned, "Do not let any calamity-howling executive with an income of $1,000 a day ... tell you ... that a wage of $11 a week is going to have a disastrous effect on all American industry."

Sound familiar? These days, the "calamity-howling" executives who make $7,000 an hour are complaining about a minimum wage of $10.10 or $15 an hour, advocated by the White House and unions, respectively. (For the record: Every time a CEO complains that paying workers a living wage means he'll have no choice but to lay off workers, remember that he's announcing he'd rather cut jobs and weaken our nation's economy than cut even a dollar of his own multimillions or multibillions in profit.)

I wrote earlier about the efforts of labor and our progressive allies to pass the long-stalled Paycheck Fairness Act. That's the latest effort to close loopholes that allow for women and men to be paid unequally. Unions have been at the forefront of the fight for equal pay for all workers for decades. Additionally, unions in 1966 won provisions to cover even more workers under the Fair Labor Standards Act, and in 1967 to prohibit employment discrimination based on age.

We haven't always won against the business interests who keep trying to roll back these rights and protections. In 1985, during the Reagan administration, state and local governments were permitted to offer comp time in lieu of overtime. And in 2004, President Bush was able to get a business provision that exempted employees from minimum wage and overtime requirements. Low-level supervisors were reclassified as "executives," losing their overtime rights.

Undeterred, we will continue advocating for improvements to labor laws that affect millions of workers, whether they're in a union or not.

We are supporting President Obama's Healthy Families Act, which would add paid sick leave to the FLSA, for employers with at least 15 employees. And we are determined to extend FLSA protections to home care and child care workers, too long disrespected and unprotected by the law.

Some politicians try to "divide and conquer," - that's a direct quote from Wisconsin Gov. Scott Walker, a likely Presidential candidate - pitting union and nonunion workers against each other. But the history of the Fair Labor Standards Act shows that labor understands that we are all in this together, and if you're organized, you can make life better for all workers.

That's why women and men in unions will continue to lead the way, fighting for rights and protections for all workers. The more workers who join us, the stronger we are, and the better off we all will be.