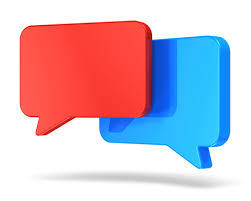 For marketers, user-generated content has long been a part of online promotional efforts. For several years, businesses have encouraged consumers to snap photos of themselves or share their own stories in exchange for an entry into a contest.

But the growing popularity of media-based social networking sites is forcing marketers to find new ways to reach out to customers. Sites like Vine, where short videos are uploaded and shared, and Snapchat, where photos disappear after only a few seconds, have changed the game for businesses, requiring them to rethink their marketing campaigns.

Because each social media site differs so dramatically, there is no one-size-fits-all content that works. This means instead of blasting the same status update across multiple sites, businesses must pick one or two outlets and tailor a campaign toward those.

Demographics play a huge role in which social media sites a business chooses. Vine and Instagram are both very popular with teens and 20-somethings, which has always been a desirable demographic for businesses. These young consumers are still forming their buying habits and are often more open to trying new products than older shoppers. If businesses can capture these young, impressionable shoppers, they may be able to win over a long-term customer.

There's an App for That

Some social media marketing software, such as GroSocial, specialize in helping businesses launch contests, which are a quickly-growing tactic in terms of popularity and success, as marketers realize the value of a social media marketing campaign in which both the brand and the customer are a part of the process. This type of software is typically "do-it-yourself" and allows users to create photo contests, Facebook giveaways and more.

Disney is an example of a company that has done a great job of fine-tuning its marketing strategies over the years. When it came time to launch its Vine page, the company decided to make the most out of it. With a contest titled Vine Your Disney Side, the company invited Vine users to create videos showing their Disney side for the chance of winning a Disney vacation or $1,000. The winning entry not only received a trip to a Disney park, but also $10,000 to create an extended Vine series, which will, in turn, further promote the company to other Vine users.

Contests that invite consumers to create videos or snap photos are feeding into something much greater than the desire to win a prize. Social media users have their own self-serving reasons for participating in these contests. Winning the grand prize not only earns them money or freebies, it also gives them a brief shot of fame. That fame also increases the number of followers they have on the site where the contest was posted.

Many businesses will begin 2014 with new plans to attract new customers and increase their online presence. Contests that encourage customers to create videos and share photos will be a big part of that for many businesses, who realize their competitors have set their sights on the new visually-oriented world of social media to reach young customers.