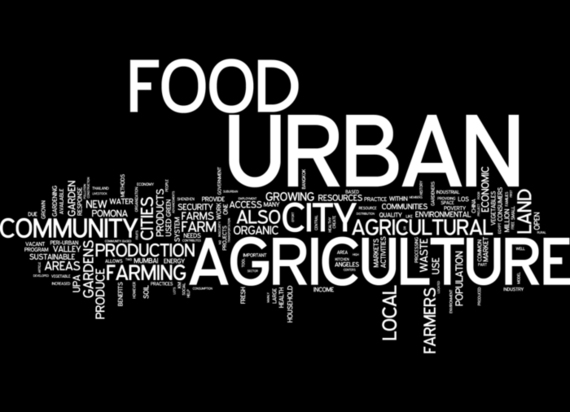 Too often, we see the present and the future in terms of "either/or," when, in actuality, the relation is more like "both/and." People might think, when it comes to technological innovation, "either we keep the old, or we adopt the new." In fact, it's entirely possible to have both the old and the new together by integrating them to develop new, forward-thinking concepts. The emergence of vertical farming in recent years is a perfect example of this -- what I call the Both/And Principle.

Over the course of the last several decades, the US has experienced a process of deindustrialization, and while the jobs may have left, the factories and buildings remained. Some still sit there, untouched, like modern ghost towns. Artists have found a use for these ruins -- just take a look at the popularity of ruin photography in Detroit -- but perhaps there are more practical uses for these abandoned structures.

Toshiba recently converted one of its old floppy disk factories into a site of vertical farming. By converting each floor into a lettuce garden, Toshiba created more space for farming with less acreage. And by utilizing the Internet of Things, Toshiba was able to automate and more accurately track its farming operations, creating a more effective environment for cultivation. Remote-controlled artificial lighting and watering systems allowed Toshiba to farm without exposing its operations to direct sunlight or the threat of inclement weather. In this environment, new opportunities present themselves -- for Toshiba, this means using highly controlled environments to grow a bacteria- and fungi-free lettuce. With this new technological advancement, perhaps the end to our food crisis is just around the corner.

What Toshiba's innovation reveals is the success that can come when you combine or integrate the old with the new. What some saw as useless ruins, Toshiba saw as a new opportunity.

In addition to the clear benefit of job creation, vertical farming also brings food production to what are historically food deserts. In urban settings, grocery markets might be few and far between, making healthy food options difficult to acquire. This is exacerbated by the fact that it's obviously quite difficult to successfully cultivate land and yield crops in an urban setting, and because shipping the food in from rural farms drives up the cost of healthy, farm-fresh food. As such, fast food restaurants and convenience stores have become go-to sources for affordable food. This creates a culture of unhealthy eating in food deserts, increasing the risk of diabetes and obesity among residents.

Vertical farming, however, could help fill food deserts with a variety of rich, healthy, and affordable food options. In the congested urban setting, traditional farming is just not possible. Especially in industrial settings, even open land is suspect. Empty tracts might be abandoned due to dangerous levels of toxicity. The chemicals left in the soil by industrialism make once arable land no longer usable. But by farming above this layer -- in a factory or other vertical structures -- production can circumvent this issue and begin immediately.

And that's where my Both/And Principle is exemplified: vertical farming ventures like those of Toshiba are effectively asking "Why do we either have to rely on cheap, unhealthy chain restaurant or convenience store food, or pay premium prices for healthy food that's shipped in from rural farms and often distant locations, when we can now have food that's cheap, local, and healthy?"

As this trend grows, industrial areas like Newark, New Jersey are seeing a transformation in the familiar landscape. Groups like AeroFarms are taking the existing industrial sprawl and seeing in it the potential for an expansive urban farming project. Given the levels of unemployment in deindustrialized regions, this is a great opportunity to revitalize the local community -- AeroFarms in partnering with Ironbound Community Corporation certainly understands this. The partnership will ensure that vertical farming jobs go to local residents trained in vertical farming techniques.

Between job creation and food production, vertical farming offers solutions to many of the problems experienced across the globe -- from unemployment to food shortage and spatial congestion. The reach of vertical farming's solutions makes it a perfect area for investment in the 21st century.