On Facebook Sunday, I came across a video shared by a friend whose musical taste I respect, so I gave it a click, and had that wonderful experience of discovering something great and unexpected. It's three members of a female Swedish choral group named Erato singing -- beautifully -- a cover of "Call Your Girlfriend", by Robyn. The young women are sitting in underlit gloom around a kitchen table, accompanying themselves by using cottage cheese tubs as percussion instruments, with amazing, deadpan skill.

This, I realized, has "viral" written all over it, so I thought I'd see what was happening on that front:

That story is pretty much the recipe for viral success, which boils down to this:

The very simplicity of this recipe shows why viral success always looks so easy, but remains so rare. In a world of oceans of content, "great," "different" and "authentic" become more and more precious.

Here's Social Mention's report on a search for "Erato" (including my enthusiastic tweet): 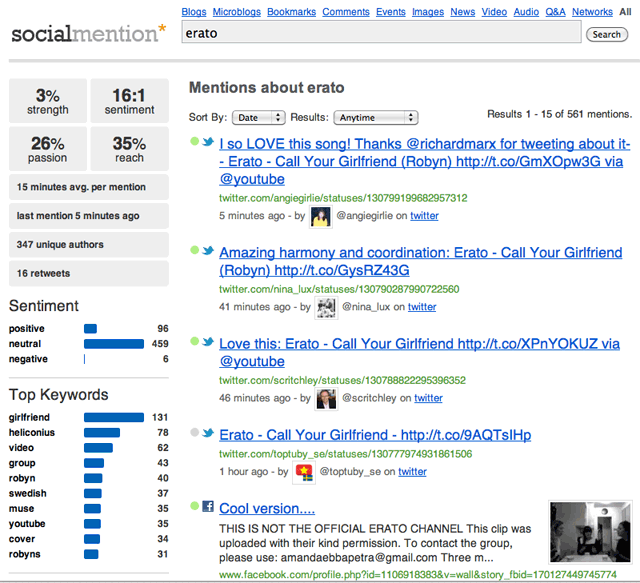