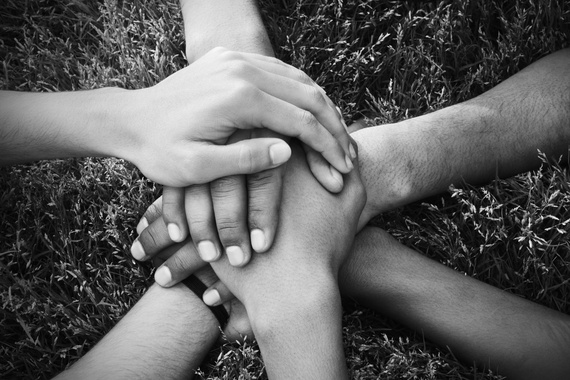 The horrendous tragedy in Orlando has prompted fierce debates about how to prevent such attacks - should there be more restrictions on gun ownership? Different military and diplomatic policies combatting terrorism?

Many of these debates break out along partisan lines with seemingly little room for compromise and action. But there is something we can do - each of us, whether parents or policy-makers, Republicans or Democrats.

As someone who has studied the science of emotion my entire adult life,
I took heart when my longtime friend the Dalai Lama issued a plea for the universal education of compassion, kindness, respect and responsibility in response to the onslaught of tragedy we face. While these principles are common to many faiths, this education is also based upon scientific findings. He calls this "secular ethics" and has drawn from my research and that of other scientists and scholars to provide the evidence that a kinder world is not only possible, but part of our biological makeup.

Evidence suggests that these positive qualities can be nurtured. Recent findings from our laboratory indicate that even preschool children can be taught to be more kind and accepting of others - to the benefit of themselves and their peers.

We know from modern neuroscience that the brain circuits that underlie all emotions - both positive and negative - can be changed. Many times this change occurs unwittingly, and we're subject to forces around us willy-nilly.

But with a little training, we can harness the intrinsic plasticity of the brain networks that drive our emotions and behavior to intentionally strengthen positive qualities of mind like kindness, compassion, empathy and forgiveness.

The same neural circuits and connections that become disrupted leading to mental health problems and acts of violence are also the source from which they can be solved. Neuroplasticity allows the brain to be distorted by harsh and adverse environments - but also provides the basis to cultivate skills that promote well-being.

A growing amount of scientific evidence supports this.

For instance, we saw firsthand the potential of teaching young school children skills for their psychological well-being when we conducted the first randomized controlled study on a mindfulness-based "Kindness Curriculum" in preschoolers. The teachings focused on children's self-regulation skills, including emotional control and the capacity to pay attention, as well as their ability to express kindness to their classmates and strangers.

We found that 5-year-olds who participated not only made better grades, they were also more likely to share and empathize with classmates who they previously expressed dislike toward.

When we shared similar practices in 5th-grade classrooms, students and administrators reported fewer conflicts at recess as well as children approaching each other more often to comfort one other and talk through their feelings.

One of the lessons we share with 5th graders underscores why our understanding of human emotion is vital to creating a better world - and this is a result of not only individual responsibility, but also communal responsibility.

We teach a practice called "The Compassion Circle," where we first ask students a general question - Have you ever had a pet? What's your favorite color? - and then have them sit in the circle with others who answered the question the same way. The idea is to see what happens when these students find common ground with one another and how that expands compassion for classmates they might have considered to be "outside" of their circle prior to the exercise.

When we asked one classroom the question Have you ever felt bullied or left out? nearly all students entered the circle. One student said it was one of the most powerful experiences she's had at school. She had no idea she wasn't alone in her feelings of isolation.

We need to expand our circle of common humanity, especially amid tragedy, with small acts of kindness and awareness every day.

This notion became especially clear when I experienced the joy of meeting my newborn grandson for the first time last week. And I imagined what the world might look like when he's old enough to explore it on his own.

What kind of circle will he belong to? What world will I choose for him?

My aspiration for him and all of our children is that as adults, we will choose to stop waiting and start acting in ways large and small, at home, at school and in community, to promote a personal mental hygiene of well-being that embodies compassion toward others as a core value. It is only through training the mind that enduring changes in our collective behavior can be accomplished.