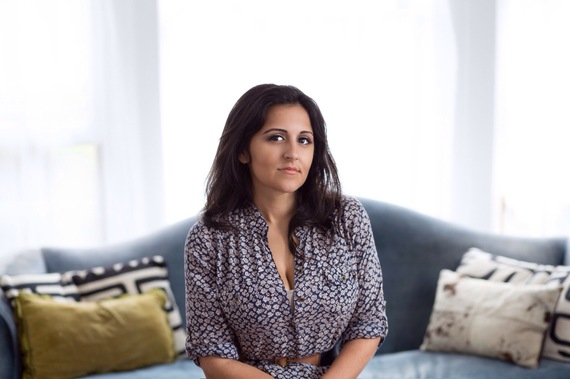 Last summer I waited in line for over 12 hours to testify in front of a state Senate panel against the passage of HB 2. I told them about how my mother had decided at the very last moment not to terminate her pregnancy with me and I told them about my own abortion story, which had occurred when I was 21 and was in no way ready to parent. A point in my life when my diet consisted mainly of ramen noodles, Kit Kat bars and Mountain Dew and I couldn't even manage to keep my Neopet alive. I had talked to them about autonomy and I had talked to them about choice. But in the end as we all know, HB 2 passed and over this last year, like many Texans, I have spent a lot of time doing what I can to help fight against the devastating impact of its restrictions. Restrictions I never thought would personally impact me.

I have never been shy about telling the story about my abortion from when I was 21. It never occurred to me really to be embarrassed to talk about being too young and poor and underinsured to parent. Almost a decade later, however, I found myself in a situation suddenly where I had lost a bit of that bravado.

I realized I was pregnant again in the spring. Due to a combination of just how far along I was and a lack of availability for appointments at clinics in the DFW area it was decided that I would travel to California, where my then-partner lived, to undergo my surgical abortion. I realize just how privileged I am to have been able to do this. The places in my state where access is the most hindered are unfortunately also vastly under-resourced. People in the Rio Grande Valley for the most part cannot just get on a plane and travel 1500 miles away to have an abortion. I am a very lucky woman to have been able to do what I did.

So I went to California. I had my abortion. I came home. And eventually life carried on like it does and then suddenly it was summer and the anniversary of the filibuster rolled around and I began to receive countless emails asking for "personal accounts from the passing of HB 2." And every single time I saw one it stabbed at my heart just a little bit. And yet every single time I hit delete.

Why? Because it was hard for me to admit to myself that even though I had spent years of my life dedicated to the pro-choice movement I had never really looked at my choice as just a choice outside of its particular set of circumstances. That is until a conversation with a colleague led to her confiding in me that she was in fact pregnant and unsure of what to do.

"Have you actually had an abortion?" she asked me. And I had to pause for a minute and think about her question. My first instinct had been to tell her the story I had rehearsed so many times before, the one that I had shared in front of the Senate committee that day in July. The one that was so much easier for people to swallow because it gave them justifications for my actions. Because I was young. Because I was broke. Because it was obvious at that point in my life I was just not ready to have a child. But she was 33 and a professional like me with a career and a life of her own. Would she really relate to that girl with all those reasons not to parent? The one who once ate at Taco Bell for dinner three weeks straight because she didn't want to go to the store and buy dish soap? So instead I told her both stories... about how I was 21 and on birth control and poor and not ready to be a mother. And about how I was 30, and just didn't want to have a baby. Her eyes got really wide then and she looked at me and said, "I don't really want to be a mom either. I never really have and I didn't think that I was normal." And then she hugged me and she laughed until she cried and we shared two king-sized Kit Kats because I might have grown up over the past few years but some habits just die hard.

I haven't decided yet if I ever want to have children in my lifetime. Right now I'm pretty sure I am leaning towards no. But I can assure you that if I do it won't be because it is legislated. And I truly believe that one of the single most powerful things that we can do to fight this war against our reproductive rights is to end the stigma surrounding our abortion stories. To stop feeling the need to explain away our choices every single time we mention we have made them.

We have a long road ahead of us in this battle for our reproductive rights, not only in my home state of Texas but across our nation. However, the brave people like Emily Letts, Wendy Davis, and countless others who have come forward to share their own stories let us know that we are not walking it alone. And as long as we keep sharing these stories without fear and without shame and shouting together to make our voices heard there is no one who can stop listening to us. Not even those who want to.

You can read other personal stories or share your own at www.notalone.us or www.naral.org