Yes, there is a refugee crisis.

People are taking flight from their homes and fleeing toward a horrifying unknown, because what they see bearing down on them is hellish.

Sure it's easy to say go back and fix your own societies. Or to say don't come here because we like ours the way it is. But that would deny our own role in the mess we see around the world. 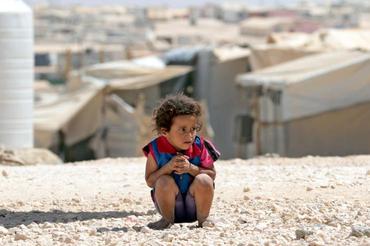 Is it possible that some of the people taking refuge from their horrific realities are angry at western governments for creating the conditions that led to the demise of what they knew as home? I think so. Will they all detonate suicide vests in our subways? Not if we embrace them.

Therein lies the reality of our world -- we have collectively created the conditions where millions of people are taking flight from war torn corners of the world where conflict has become all too normal, and life is no longer possible in a rewarding way. Families have begun to look beyond the hope for things t0 change at home and life to go back to "normal." In Iraq, after the US invaded under false pretenses, civil society has broken down completely and a new order equally as brutal as the last, just with different allegiances, has taken hold. Nothing is better. Everything is worse. Every Iraqi has felt the sting of devastation and suffered sorrow from the terror that's been unleashed upon their lives.

In Afghanistan, we've pitted every corrupt war lord against another more brutal one, and we have backed every crony with a self serving motive until neither we, nor anyone else, can see straight. Communities have been stripped to the bare minimum for sustenance and every traditional safe guard that kept societies in tact has been abandoned for love of loot or power. Women have lost the most along the way and children now grow up in a place devoid of laughter and light, labeled the most dangerous place on earth to be a kid.

In Syria, we neglected to step in, calculating that we had learned our lessons in our misadventures across Iraq and Afghanistan, but we miscalculated there too. The one place where she should have intervened, we didn't - and we left a void that filled with militant Islam.

Just like the Taliban before it and the Mujahedeen before that, we provided the spark for the rise of the Islamic State, and we fueled the spark with a constant flow of reverse engineered strategies that may have suited the conflict that came before, but were ill advised for the one we faced.

In Syria, a progressive population has been crying out for help since 2011, when at the dawn of the Arab Spring, Syrians took to the streets for the ouster of a minority ruler, impinging on rights and opportunities for a the majority poor. A narrative we here in the US should have embraced, given our history of the huddled masses creating the greatest democracy known to man, we stepped back, gun shy from our recent Middle East mistakes. We sat on a sideline bench, hedging our bets and watching things unfold. As they did, we failed to recognize the emerging vacuum that filled fast with fundamentalist message of salvation and a new order with the promise of divine fairness borne of strict religious scripture. Out came ISIS, and here we are, again, deer in headlights, watching the refugee crisis unfold, hands wringing, hedging our bets, morally equivocating as to what to do.

To get a glimpse of why they take refuge, click here. 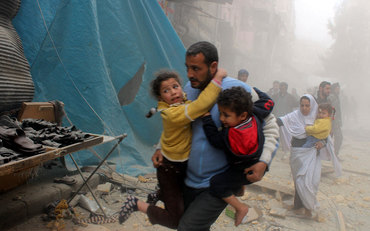 I don't think any of this is easy. I am not making light. There may not have been a crystal clear path for our policy makers to take once the conflict in Syria began. But standing back wasn't the right choice once the bombs began routinely falling on civilian neighborhoods with no defense. Given the zeal with which Islam can appeal to the disaffected, and knowing the fervor with which disaffected people look to the United States for hope, our best option was not to do nothing and wait it out. The vacuum we allowed was the perfect opportunity for militants to step in and take control. We handed it to them, early and easy.

Now, we have a stream of humanity flowing away from the conflict we helped fuel. Yet we hold up a stop sign when they arrive, and look away. If we do that, we will create enemies out of every man woman and child we slap in the face. If we allow them access to our ideals and a way of life that can be rewarding - and not on the margins - then we gain defenders and advocates where we need them most.

Which is it? Walk away from the mess we created and call it someone else's? Or stand up and look at our own mistakes squarely and do what we can to right them? I know I would choose the latter.