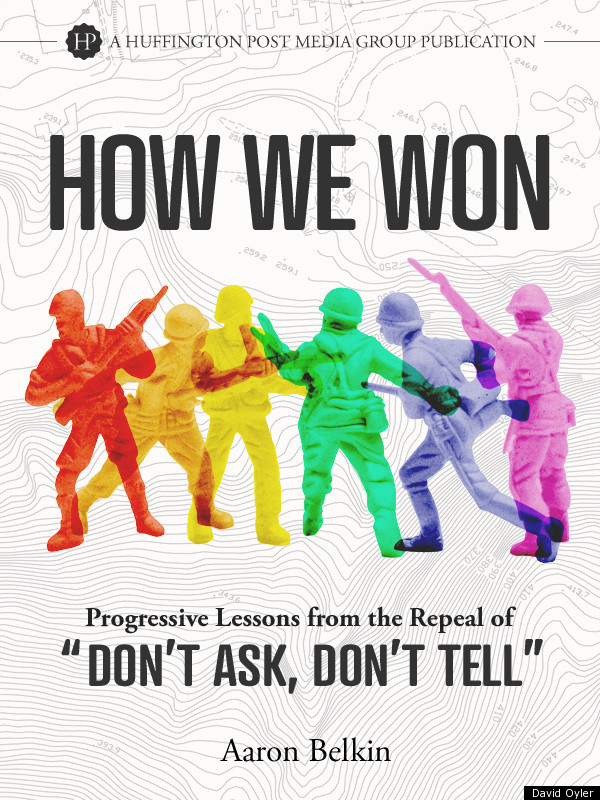 Tuesday, Sept. 20, marked a civil rights milestone for the United States. By order of Congress, the 17-year ban on gay men and lesbians serving in the military -- commonly known as "don't ask, don't tell" -- was overturned.

But how did this historic change come about? And why did it take so long?

In "How We Won," Aaron Belkin argues that the public needed to be persuaded that gay troops would not harm the military before Congress could be convinced to repeal the ban. Belkin, a scholar with more than a decade of hands-on experience in the repeal campaign, shares an insider's perspective on the strategies that he and others used to encourage this change of mind -- and change of heart -- in the American people and its Congress. His top strategy, a tactic which, surprisingly, progressives often fail to pursue, was targeting conservative lies.

The implications of Belkin’s tactics extend far beyond the grass-roots movement to repeal "don't ask, don't tell". They challenge some of the left's most conventional wisdom about how to successfully set social policy. And the lessons that emerge could help progressives persuade the public about the merits of other big, liberal ideas, including the benefits of higher taxes and the dangers of an excessively strong military.

But for now, as Belkin says, it's time to celebrate this one great victory.

Aaron Belkin Aaron Belkin is associate professor of political science at San Francisco State University and founder and director of the Palm Center. Prior to his arrival at State, he was a MacArthur Foundation post-doctoral fellow at UC Berkeley and a pre-doctoral fellow at Stanford. He recently finished a manuscript, to be published this winter, on military masculinity. He also has published more than two dozen peer-reviewed journal articles, chapters, and books.

Dr. Belkin has been one of the nation’s leading experts on gays in the military for more than a decade, and he designed and implemented much of the public education plan that undermined the military’s and Congress’s rational for “don’t ask, don’t tell.” After President Obama signed legislation in December, 2010, authorizing the repeal of the law, Ira Hirschfield, president of the Evelyn and Walter Haas, Jr. Fund, wrote: “A great many people and organizations had a hand in achieving this victory … But this day never would have arrived (or it would have been a much longer wait) without the persistent, grinding work of the Michael Palm Center.”

The Advocate named the Palm Center one of the most effective gay-rights groups in the country. Dr. Belkin and his colleagues at the center have broken major stories about “don’t ask don’t tell" that have been covered widely by the U.S. and international media, including: the first story about Arabic linguists fired for being gay; a list of 104 retired generals and admirals calling for openly gay service; a Blue Ribbon Commission that found that the true financial cost of firing gays and lesbians in the military is significantly higher than reported by the government; a Pentagon regulation that continued to classify homosexuality as a mental illness, and many more.

MORE
The New York Times: In E-Books, Publishers Have Rivals - News Sites
This book was created with BookBrewer.