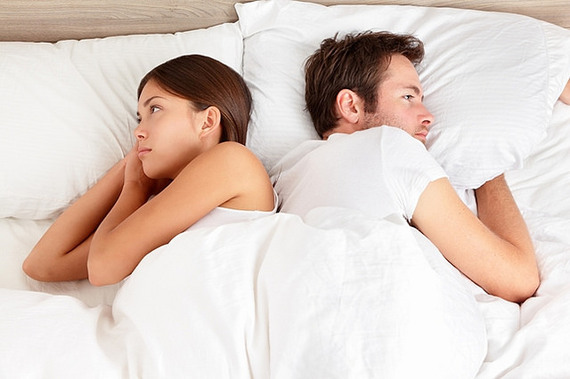 Do you ever wonder this? Have you ever asked yourself in the middle of the night, as you turn to look at your husband or wife in bed next to you, "Do I know everything I should about this person?"? This is exactly what makes the "marriage thriller" (GONE GIRL, THE GIRL ON THE TRAIN, THE MEMORY BOX, BEHIND CLOSED DOORS) the hottest, compulsively readable genre right now. It's the page-turning thriller that hits closest to home--both figuratively and literally--and is the most unsettling because of this. The marriage thriller, a type of psychological thriller, is the most popular read these days because unlike the medical, political, or techno-thriller, the marriage thriller is incredibly plausible. It could happen to anyone. Anyone. And, it's so under-the-radar, it can happen unknowingly. Yikes. That'll put a shiver down your spine!

What makes these books so relevant is that while nearly everything is knowable these days--with search engines like Google and the fascination people have with documenting every waking moment of their lives with selfies and Facebook and Snapchat updates--it remains that a couple's marriage is truly the last bastion of privacy. What goes on in someone's marriage? Only the couple knows. Even more chilling is a story about a couple who doesn't know everything about each other. So when readers get a front row seat into the private matters of someone else's marriage and are privy to things the characters themselves don't know, it is pure voyeuristic fascination. What's more delicious than that?

In writing THE MEMORY BOX, about a woman who Googles herself and discovers the shocking details of a past she doesn't remember, I was especially intrigued by the notion of not knowing everything about oneself. How could this be possible? Years ago I read any article in The New York Times about a teenager who Googled himself and discovered he was on a missing person's list in another country. This, of course, was shocking and unbelievable to me, that someone could Google themselves and uncover something so personal about themselves that they didn't previously know. That theme set THE MEMORY BOX in motion. When Caroline Thompson reads about some disturbing events of her own past, events she has no recollection of, she is afraid to even tell her husband about them.

The marriage thriller is chick-lit's x-ray. It takes the familiarity of domesticity and exposes the hidden nest of secrets and lies and control and betrayals. If chick-lit has a happy ending, the marriage thriller may not. In fact, it most likely will have a shocking ending.

The reason I chose Farhaven, the fictional suburb that provides the setting for THE MEMORY BOX, is because I've always been intrigued by stories which have beautiful, upscale settings that juxtapose a dark, subversive storyline. THE STEPFORD WIVES introduced me to this idea. It provides the first misconception to the reader, that only decent, upstanding people could live in a place like this. I knew instantly that I wanted to set this psychological suspense in a bucolic suburb where the community of stay-at-home moms, a sub-culture all its own, would help highlight the juxtaposition of conformity and deception. Though Farhaven was imagined from a New Jersey suburb, I have received emails from readers as far away as Australia, England and Canada, who tell me they thought the story was based on their town. Creating a convincingly relatable setting is one of the surest ways to hook a reader. Another is to present her with characters she knows and interacts with on a daily basis.

If you love to read psychological thrillers (or perhaps you are planning to write one) the ones that resonate most will leave you thinking about your own spouse, wondering about your neighbor, and taking a hard look at the community you live in. Perhaps it will even nudge you to Google yourself.

Eva Lesko Natiello is the award-winning author of USA TODAY bestseller, THE MEMORY BOX, a psychological thriller about a woman who Googles herself and discovers the shocking details of a past she doesn't remember.