What the research says: High-altitude living could lead to a leaner physique. People who lived at sea level were up to 5 times more likely to be obese than those who called areas with an elevation over about 9,800 feet (like certain parts of Colorado) home, even after the researchers of the study controlled for activity levels. A 2014 study in PLOS One also found that overweight subjects were less likely to continue gaining weight and become obese when they were living at higher altitudes. One potential explanation: Elevation could lower your appetite, as research suggests that not only do levels of leptin, the hormone that helps tell your brain when it's time to stop eating, potentially rise at higher altitudes, but your body may also respond to the hormone more effectively.
You live: Near a busy road

What the research says: You may be at increased risk of heart trouble. Looking at data on more than 107,000 women, researchers found that for each 100 meters (or 328 feet) closer they lived to a major roadway (think more than one lane in each direction), their risk of sudden cardiac death increased by 6 percent. "Looking at the population as a whole, living close to a roadway is just as big of a health risk factor as smoking, poor diet or obesity," lead author Jaime Hart, ScD, assistant professor at Brigham and Women's Hospital and Harvard Medical School and Harvard T.H. Chan School of Public Health, wrote in an email. And it's not just the obvious problem of vehicle exhaust hanging in the air. A 2015 study in European Heart Journal found that long-term exposure to road-traffic noise was linked to a small increase in risk of cardiac-related death.
You live: By the coast

What the research says: Lucky you -- sea breezes and good health! Using data from the 2001 English census, which asked 48 million Brits whether their health had been "good, fairly good or not good" in the 12 months prior, researchers found that people who lived within 3.1 miles of the coast were more likely to classify their health as good. A number of things likely contribute to the boost in wellbeing, writes lead study author Ben Wheeler, PhD, a senior research fellow at the University of Exeter School of Medicine in the UK. A few worthy of note: Coastal residents are more likely to get adequate physical activity, their stress levels are likely lower and they may have higher vitamin D levels thanks to spending more time outside.
You live: On the outskirts of a city, or the burbs

What the research says: Chronic health issues may come knocking sooner than expected. A study in Public Health found that people living in areas of urban sprawl (think cul-de-sacs instead of grids, and more space between neighbors) were more likely to report problems like high blood pressure, headaches, arthritis and breathing difficulty. In fact, the number of health issues they had was on par with what experts would expect to see in those four years older, says study co-author Deborah Cohen, MD, MPH, a senior natural scientist at the RAND Corporation. Not surprisingly, an increase in sedentary time probably plays a big role. The quality of your area can age you, too -- a recent study in PLOS One found that Dutch people who lived in areas with high crime, noise and vandalism had shorter telomeres, caps on DNA strands that get shorter with age. Biologically, they were more than a decade older than those living in less stressful neighborhoods.
You live: Somewhere with trees galore

What the research says: You may be less stressed than the rest of us -- if you're taking advantage of your surroundings. Japanese researchers found that practicing shinrin-yoku, or forest bathing (essentially, strolling around a forest for a bit or sitting and soaking in that nature) led to lower cortisol levels and lower blood pressure, and greater activity in the body's calming parasympathetic nervous system. A slightly longer trip to the woods could even strengthen your immune system, as a study in Environmental Health and Preventative Medicine reported that people who spent 3 days and 2 nights in the forest had increased activity among their natural killer cells, which may help fight infections.
You live: In an area where farm-to-table is still up-and-coming

What the research says: Your environment can have a big impact on the way you eat. Take Southern food: Recent research in Circulation reports that people who followed a Southern diet (characterized by added fats, fried food, eggs, organ and processed meats, and sugar-sweetened beverages -- hello, sweet tea!) had a 56 percent higher risk of experiencing a serious heart event. And you've heard that food deserts (or neighborhoods with limited access to healthy food, which are more likely to be found in low-income areas) are associated with higher levels of obesity. (It's worth noting that the fix for that is still unclear -- research suggests that simply adding grocery stores doesn't make much difference).

PHOTO GALLERY
The 6 Best Things For Your Body

OWN Empower Yourself OWN Healthy Mind & Body Health Wellness Cities 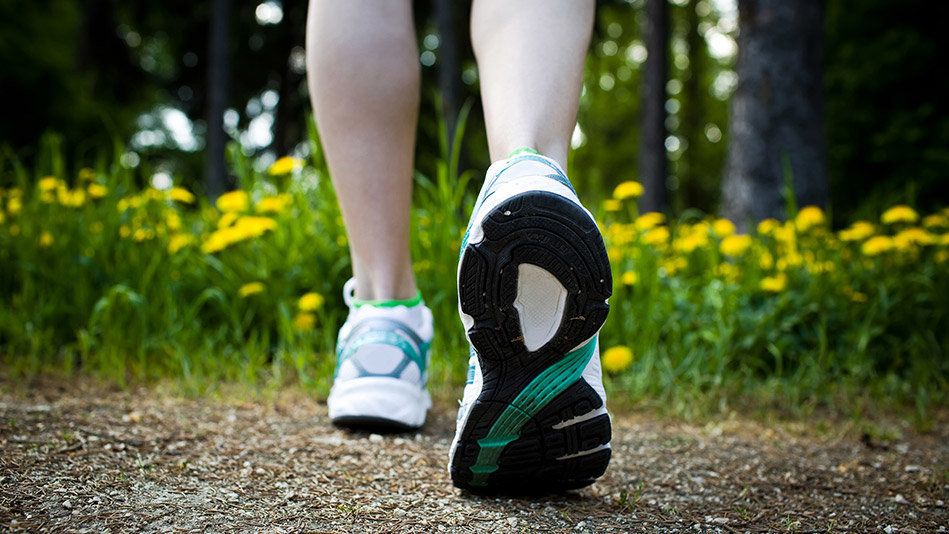 1 / 6
Avoid Thinking of Exercise as Exercise
My team did a cool study in which we took people on a walk for a mile and told some it was a workout and others it was scenic and fun. Afterward, everyone ate lunch, and the scenic group consumed 35 percent less dessert than the workout group. If you think of physical activity as fitness, you tend to want to reward yourself. But if you see a workout as something else, like personal time, you don't have that same tendency. Now when I exercise, I think of it as a celebration. I say to myself, "You know, many people like you who are in their 50s couldn't do this." <em> -- Brian Wansink, PhD, director of the <a href="http://foodpsychology.cornell.edu/" target="_blank">Cornell Food and Brand Lab</a> and author of</em> <a href="http://www.amazon.com/Slim-Design-Mindless-Solutions-Everyday/dp/0062136526?tag=thehuffingtop-20" target="_blank">Slim by Design: Mindless Eating Solutions for Everyday Life</a>
Rafal Olkis/iStock/Thinkstock