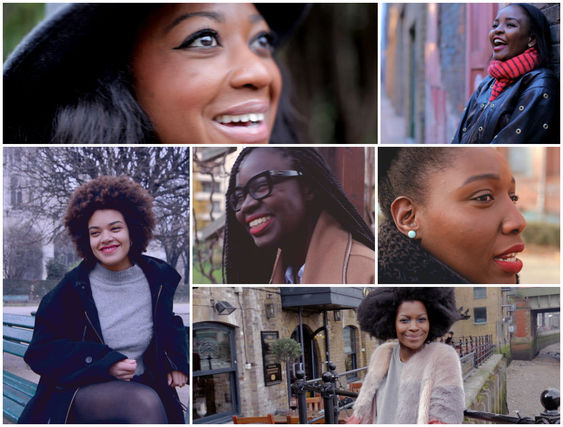 The idea that different countries have different standards of beauty is a widely accepted one. But as technology continues to make the world a smaller place--we all celebrate the same popstars, repost the same Women Crush Wednesdays (#WCW)--I've come to suspect that beauty being subjective and a matter of geography isn't really true anymore. This is one of the reasons I began speaking to women in cities across the globe about beauty ideals in their respective countries and cities. I wanted to see just how much standards vary within a city and across cities and I've been documenting it through my series, Pretty.

Starting with Europe, I've spoken with 13 women across Paris, Milan and London. I've asked them to share what's considered beautiful in their country and then discuss their own personal relationship with beauty. I was unsurprised to find that in these three different cities the tall, thin, blonde archetype was the dominant ideal. Now, I could assume that these major European cities value the same characteristics in a woman because geographically they're relatively close; they, in a way, make up one 'European community' (if I were to over generalize), but there are several aspects of each country's culture that have been able to remain distinct despite proximity to other cultures--language being one of them. So why is it that beauty isn't one? Even as I've begun to venture outside of Europe, I've encountered the same description of a beautiful woman.

Perhaps it's all a result of the amount of influence certain cultures have within the international community. I wouldn't be surprised if there's a correlation between a country's GDP or global media presence and the weight its beauty ideal has in other countries. Despite the generally monotonous idea of beauty that apparently permeates these countries--from Petite Parisiennes to English Roses--there are some differences. A lot of the visible differences are seen in clothing style--in multicultural London, being adventurous is more the norm, while style is understated and effortless in Paris and dressy in Milan. However, the biggest differences you'll find among these women, despite where they're from, are the distinctions that come to the surface when you stop looking and start listening. Each woman I spoke to, like people all over the world, has her own story to tell, her own distinct interpretation of beauty.

Sarah in Paris defined beauty as a quest. She says, "beauty is finding out who you are and being at peace with it. And once you're at peace with who you are, you just bloom. And when a woman blooms it's a beautiful thing." Fatima in London shared that beauty is knowing you're enough. "You're enough as you are. You are beautiful enough, smart enough, sexy enough, funny enough... crazy enough too!" While Evelynne in Milan explains, "everything that we see on the outside disappears; it gets old; it goes out of style; it's ruined; it breaks. The beauty that is inside of us, however, is something that no one can take away from us. It can never go out of style. It can't get old or break."

These deeper, more nuanced ideas of beauty do a lot to turn the notion of the ever-popular 'European beauty' on its head. They show that even though a surface ideal might exist and be widely accepted, the beauty that women are actually experiencing in Europe and countries all over the world is something far more profound than a thin body, blonde hair and blue eyes.

Pretty can be viewed on Un-ruly.com.