Brigit Helms, the general manager of the Multilateral Investment Fund, also has served as the director of SPEED, a USAID-funded program in Mozambique, and a senior expert for financial inclusion at McKinsey & Company. She has a PhD in agriculture and development economics from Stanford University. 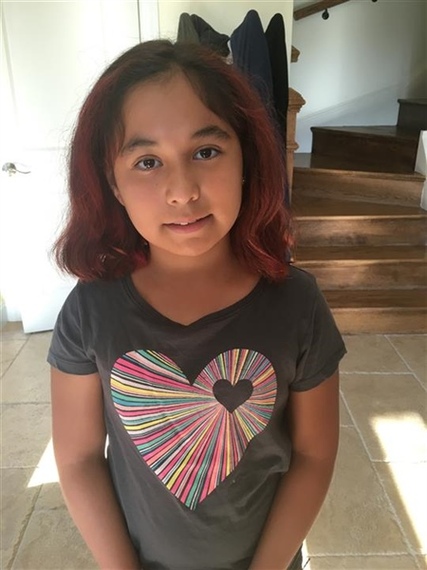 This is Paloma. Paloma is an 11-year-old Guatemalan girl. And she is my daughter. Honestly, I'm afraid for her future.

Michelle Obama told us, "No country can ever truly flourish if it stifles the potential of its women and deprives itself of the contributions of half of its citizens."

Social and economic exclusion is something that women face every day, in every corner of the world. And it's just not acceptable.

Second, there are not enough women serial entrepreneurs--only 36% relative to 64% for men.

Third--and perhaps most important--women are vastly underrepresented in higher-value knowledge economy or STEM enterprises (STEM = science, technology, engineering, and math). Only 6% of women become STEMpreneurs, as opposed to 40% of men. This is critical because these are the kinds of enterprises that will most likely engender the breakthroughs necessary to truly address social and economic exclusion.

Now more than ever, we cannot afford to leave our girls behind. We simply must find solutions to social and economic exclusion.

For women to fulfill our destinies, we must be bold. We must be innovative. And we must pave the way for future generations. We cannot simply rely on existing institutions and corporations to solve our most intractable problems. We know that truly disruptive, transformational change comes not from incumbents, but rather from upstarts, newcomers. We need new players, we need new thinking. We need more women entrepreneurs.

Why do I think that women are particularly well suited to fix society's problems? I can think of three reasons:

Despite the obvious benefits to society and the economy of women-led entrepreneurship, we still have a long way to go.

However, several promising initiatives are tackling the critical issue of including women in knowledge economy entrepreneurship:

I feel the urgency of addressing social and economic exclusion now, and I hope you do as well. To quote another great woman, my mom: "This life is not a dress rehearsal. It's the performance and it's happening right now." We need to take action immediately to ensure a better future for Paloma and for all our daughters and sons.

This post was adapted from the keynote speech delivered at the WeXchange 2016 #womenSTEMpreneurs forum held in Buenos Aires, Argentina November 14-15.