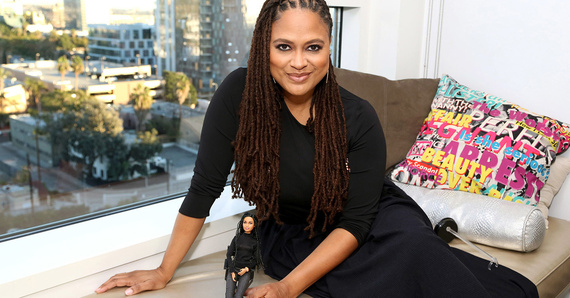 Back in February of this year, when ABC announced who would be replacing Paul Lee as President of Primetime Entertainment - I was coincidently finishing up an assignment in their digital media department.

It is expected for major changes within the hierarchy of strategically placed executives to be greeted with highlights and purposed circulation.

But this particular news bulletin was particularly timely and noteworthy especially since awards season was being held hostage by the #OscarsSoWhite controversy that erupted over the outcry that almost all the major categories were devoid of any talents of color - despite the batch of worthy contenders that should have been recognized.
Dungey's assignment as the first black woman ever to head a major network was a clear message to all that the issue of diversity is being taken very seriously.

The morning of the confirmation was a festive one at the Burbank headquarters where I was stationed - as everyone greeted the news with excitement and dutiful acceptance. It was formally understood that this was a history-making event, which in all honesty is both epic and discouraging at the same time.

Yes, it is amazingly progressive to witness a woman of color with all the necessary qualifications and attributes, finally being rewarded with the position of a lifetime. But it is also critically disappointing that it took this long for something of this magnitude to manifest.

It is no secret that black women harbor an almost volatile relationship with the entertainment industry. Filmmakers, actresses, producers, etc, no matter what the category - Hollywood seems to have no interest in propelling or celebrating the complex stories that showcase women of color in ways that rival their white counterparts.

White actresses are feted right from the moment they ceremoniously embrace the big screen - and enjoy the privilege that comes with the boost of intense marketing along with the validation of respected critics and top studio executives.

If British actress Gugu Mbatha-Raw, 32, had been Caucasian - her exquisite delivery in Amma Asante's 2014 period drama Belle would have given her the same vibrant exposure that enhanced the likes of Jennifer Lawrence and Saoirse Ronan who are considerably younger but have managed to garner the spotlight in ways that she is just now close to replicating.

How to Get Away with Murder actress Aja Naomi King, 31, is currently collecting a lot of praise for her role in this year's highly anticipated movie - The Birth of a Nation which will debut in theaters this fall.

This would seemingly be the breakout season for any young actress with just the right amount of exposure, grace, and appeal to guarantee a realm of gleaming opportunities.

But, as with so many before her - King might be bogged down with the limitations of her racial makeup. Or the overwhelming plea for equality in an industry that has fiercely rejected the notion may give her the leverage to escape her assumed fate.

Either way - we can't ignore the fact that things are slowly moving in the right direction.

As a young and impressionable girl in my twenties, I also had dreams of stardom and seriously considered being an actress. But the cultural landscape of the 90's did very little to convince me that a dark-browned skinned girl with ethnically inclined features could successfully conquer the film world.

The music videos starring the popular R&B groups of that era always seemed to be populated with girls that followed the prototype of Vanessa Williams, Halle Berry and Veronica Webb.

If you weren't a sultry green-eyed, light-skinned woman of color, you pretty much could kiss your admittance into Hollywood goodbye.

Unless of course you were a Whoopi Goldberg type - but that wasn't the trajectory I was aiming for and so I decided to bury my expectations of seeing my name in lights in favor of literary pursuits.

I don't regret that decision because as it turns out - that was more my speed anyway.
But, I can't help but wonder how many other girls of my generation felt exactly the way I did back then - and are tortured with the fact that they embodied a time that made zero room for their creative cravings.

Thankfully - twenty years laters - we are embracing a period that is gratifyingly pleasant to women of color who more than deserve to be compensated for their talent and hard work.

From Selma director Ava DuVernay, 43, whose production hub Array is dedicated to nurturing the stories by and for people of color to Issa Rae, 31 - who facilitated the success of her web series The Mis-Adventures of Awkward Black Girl into facets of opportunities for young black women yearning for a similar pathway. She will debut her comedy pilot - Insecure on HBO sometime this year.

Lena Waithe, 31, broke ground with 2014's critically acclaimed satirical and socially conscious gem - Dear White People but also paid her dues as a former writer of Fox's staple procedural drama, Bones and prior to that - Nickelodeon's 2012 sitcom, How to Rock. Her Youtube series Twenties, about the ups and downs of twenty-something African-American women in Los Angeles, which she created and starred in was optioned by BET in 2014. Waithe is currently collaborating with rapper and actor Common on an upcoming drama series that she also wrote and he is producing about the life and times of an impressionable young African-American man. The show was commissioned by Showtime in 2015.

The takeaway is that there is hope for women of color who are searching for ways to override the potent climate of denial that has remained the norm - until now.

The rules of the game are being re-written as we speak and we can all agree that this has been infuriatingly overdue.