A recently conducted study asked "How Would You Spend a Million Dollars?" to over 5,000 people (100 in each state).

The project was put together by the staff at Mirador Wealth, a wealth management company headquartered in Sydney, Australia. It excluded obvious picks such as a house, car and debt from the results, as the three choices would have dominated the map and not allowed any room for diversity between states.

Mirador did a preliminary survey on 100 random people, and the overwhelming majority of responses could be grouped into one of the following five categories: land, travel, investments/business, a small plane or boat.

The final survey was administered to 5,000 participants. They were given a choice between the five common answers gathered from the first survey. It was intentionally not open-ended, because people would be less willing to participate and more inclined to write impractical answers. The only other option presented was "other," which didn't win any states.

See the winning results for your state below: 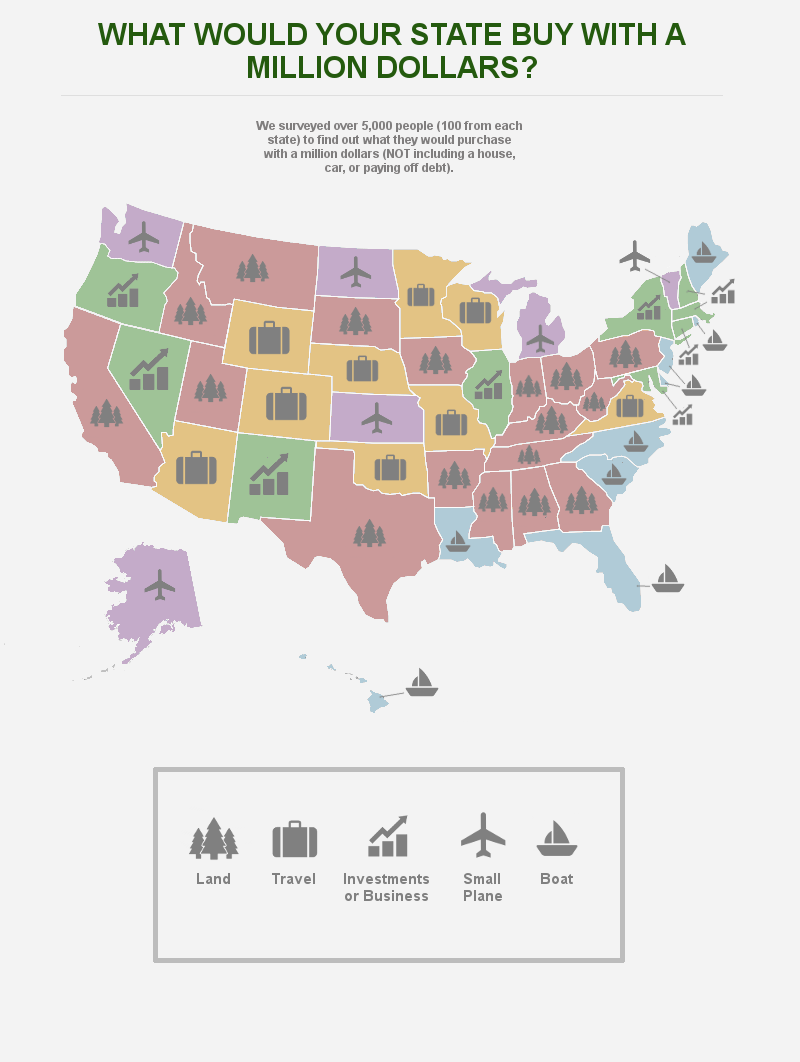