I was 2 years old when my stepmother Gini burst into my life like a glamorous, marauding Valkyrie set on bending me to her will.

She had platinum blonde hair worn in an Aqua-Net bouffant, thick black eyeliner and a figure Jayne Mansfield would've killed for. At night, she peeled her false eyelashes off like she was undressing her face. 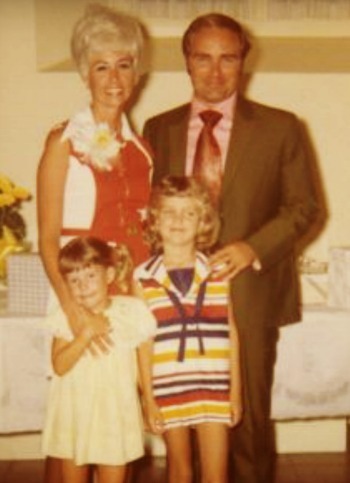 When I arrived for weekend visits with my dad, I balked at Gini's house rules: a bath every night, no elbows on the table, no cursing and no shooting of weapons, real or imagined.

In my mom's world I went barefoot, sporting black feet and dirt rings around my neck and once accidentally shot my stepdad, Nick, in the foot with his live pellet gun, which I mistook for one of the fake guns my stepbrothers and I used playing War.

It would've been a perfect life for this tomboy if not for the escalating fights between my mom and Nick about his "late nights."

After I went to bed on any given night, there could be screaming, broken plates or broken glass.

My gut twisted and churned as I lay there and worried that Nick might hurt my mom.

He never got the chance because early one morning in 1975 she shook me awake, tears streaking her face. "Pack a suitcase, sweetheart. I'm divorcing Nick. You're staying with your dad, just for a while."

The closer our car came to my dad's house, the more panic grabbed me by the throat. Mom was leaving me long-term with a Force Of Nature Beyond My Control.

The first morning I awoke in my now semi-permanent bed, a pair of eyelashes gazed down upon me implacably.

Church?! I initially resented going to church when my own father, an atheist, didn't have to go. To make matters worse, Gini had the nerve to introduce me to the bishop as her "daughter, Shannon."

"Actually, you're my stepmom," I corrected. "My real mom's looking for a job, then she'll come get me."

Gini's stricken look caused me a jolt of remorse, but also exasperation. Why couldn't she just leave me alone to do my time?

For the next few weeks I disappeared into PG-rated bodice rippers, until the day my wicked stepmother discovered me binge-reading Devil's Desire, confiscated the book and told me it was time to "rejoin the family," which sent me straight to my journal to curse her cruel infamy.

I mentally burnished the iconography of Cinderella to a fine patina, even though my stepsister, Gina, toiled right next to me.

I daydreamed about my own funeral (I'd died from step-mummification). Gini would fling herself on my casket wailing, "Why did I try to parent Shannon when she already had a real mom?"

The only problem was that my real mom was struggling to pull herself up by the bootstraps (which she eventually, heroically did) and she hadn't come back to get me yet.

Before I knew it, I was a seventh grader with braces and clotted sebaceous pores still living with Gini.

One night, as I slaved over dinner dishes, I felt a lurking presence.

"Shannon, what's going on? I can tell something's bugging you."

I turned to find Gini leveling an unflinching Lieutenant-General look at me. You could never put her off when she looked like that.

"Robert Lyle asked me to go steady," I blurted. "He's this really popular eighth grader? Everyone thinks I should go with him, but I really don't want to."

"You just tell him your mom says you're too young to go steady," Gini replied.

It still annoyed me when Gini referred to herself as my "mom," (even though she was the one who taught me how to shave my legs, hook my training bra and affix a menstrual pad to my underwear) but I supposed I could refer to her as my "mom" to a third party if it got me out of a sticky situation.

As long as she didn't expect me to call her "Mom" to her face.

By the time I was a high school sophomore and still under Gini's jurisdiction, my "situations" became stickier.

"Where were you yesterday afternoon, Shannon?"

She loomed in my bedroom doorway, eyes narrowed with suspicion.

"I was hitting tennis balls at the junior high school."

"By yourself? You weren't meeting a boy?"

How did she know? Was she Agatha Christie? Hercule Poirot? Bosley?

I'd had a secret tryst with a boy named Chuck who I'd met over spring break with my mom. He was 19, smelled like sun, tasted like Corona beer and rode a motorcycle.

"Gina didn't tell me anything."

"Then how did you know?"

We stared each other down, neither of us willing to break.

OK, I shouted it in my mind. But my eyes seared her very soul.

I was grounded for a month, no phone and no extracurricular activities. I managed to sneak off with Chuck once after that, but he no longer seemed attractive. With his long, lank, dishwater blonde hair and sun-browned, shirtless chest, he seemed dirty, druggy and kind of creepy.

Once I escaped to college, I kept being drawn to bad boys, whom Freud might say were modeled on my former stepdad, Nick, until everything came to a head the night I turned 30 and discovered my then-boyfriend romancing another woman in his apartment at 2 a.m.

One hour later, I was huddled in my childhood bed, sobbing into Gini's favorite purple robe as she took my left arm and massaged it from wrist to shoulder, then took my right arm and did the same.

"From the very first moment I saw you, Shannon," she said quietly, "I wanted you to be mine. I'm so glad I got to have you. I sure do love you, honey."

Normally I would've been annoyed to hear her talk that way, but in that moment, I needed to be claimed.

It took five more years to give bad boys up for good, and no one beamed brighter than Gini when I walked down the aisle to marry a faithful, loving man.

But after the birth of my daughter, I realized something had to change between us.

Sitting next to her at a family gathering, cradling my baby, I girded myself.

The words hung between us; forced and unnatural, then something unexpected happened. Or, I should say, didn't happen.

Gini didn't gloat. She simply said, "Whatever you're comfortable with, honey." 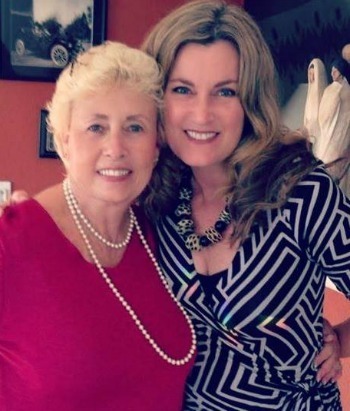 At 67, my stepmom no longer wore thick black eyeliner or false eyelashes.

Her hair was still the same shade of platinum blond, but worn short, cropped close to her head.

She could still intimidate, but was somehow more vulnerable.

As she watched me with my daughter she said, "From the very first moment I met you, Shannon, I wanted you to be mine. I'm so glad I got to have you. I sure do love you, honey."

Uttering that one small word softened my heart, and I forgave her, just a little, for being the one to raise me from nine to nineteen.

And I realized that her love, no matter how I tried to push it away, saved me.