As a Californian, I face daily reminders of "The Drought," as we now universally know it, from commands on electronic freeway signs to conserve water, to notices in restaurants about only serving water by request, to my own dismal backyard, which I'm looking out across as I write this. Even though I've planted California natives, all I see in every direction is brown. The only other time I remember it being this dry was 40 years ago during our last big drought, which changed not only water policy, but also how we lived here on a day-to-day basis.

And once again, the drought is having an effect on the daily lives of nearly every resident of The Golden (or more accurately, Very Brown) State. The lack of water cost California's farming sector $2.2 billion last year alone. Over 5,000 homes in Tulare County (three hours north of Los Angeles) are completely without water. In towns all over the Central Valley, asthma rates are skyrocketing in nearly all age groups due to air-quality issues caused by dust and particulate matter related to the drought.

The news this week may be full of predictions for a stronger-than-expected El Niño this winter, but even the predicted heavy rains won't eliminate the damage from four years of drought.

Before we get to the good news (and I promise there is some), let me give you a bit more bad news: According to a 2013 report from the World Resources Institute, 1.3 billion pounds of food is wasted each year. "What does food waste have to do with drought?" you might ask. Well, as the report goes on to explain: That 1.3 billion pounds of food represents -- gulp -- 45 trillion gallons of wasted water per year worldwide.

Yep, those rotting cucumbers in the crisper drawer are not helping the water situation, in California or elsewhere. So, now the good news: We can do something about it, no matter where you are in the United States, or around the globe, and even save money doing so. 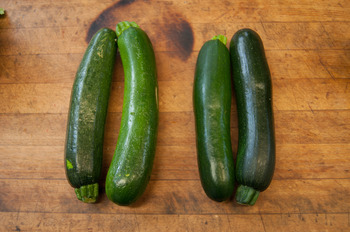 4 Easy Ways to Save Water by Cutting Food Waste


And lastly, a side note specifically for any restaurant owners or corporate/institutional food buyers who might be reading this: Did you know that you can reduce waste every day by changing your purchasing specs? Via our Imperfectly Delicious Produce initiative, we widened our buying to include not only imperfect produce, but also the cuts that would normally be thrown away. For example: 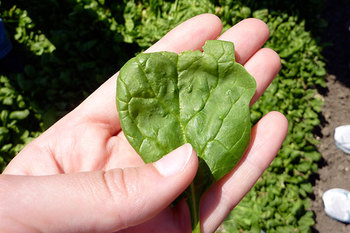 The water situation worldwide is slated to get worse rather than better: our growing population might have only three-fifths as much water in 15 years, the United Nations reported earlier this year. So, why not take these few simple steps now to reduce your food waste to help our existing and future water woes (and your wallet)? Doing so will add up to more than just a drop in the bucket!