(Reuters Health) - Contrary to concerns that getting vaccinated against human papilloma virus (HPV) will lead young people to have more or riskier sex, a new study in England finds less risky behavior among young women who got the HPV vaccine.

"To my knowledge no studies have shown that HPV vaccination increases risky sexual behavior among young women and some of these studies have shown this (less risky behavior) is also the case outside of the UK," said Dr. Laura Sadler of the University of Manchester, who led the study.

It's possible that getting vaccinated led to better education about sexual health, Sadler and her colleagues write in the Journal of Family Planning and Reproductive Health Care.

Sadler and other experts say it's also possible that young women who are already less likely to take risks are the ones who are more likely to get vaccinated.

Even though public health officials recommend that girls and young women be vaccinated against HPV, some parents have hesitated, fearing that it could encourage sexual activity or unsafe sex.

For their study, Sadler's team reviewed the medical records of 363 women born in 1990 or later who attended an English clinic. Almost two-thirds of the young women in the group had received at least one dose of the vaccine. Full vaccination requires three vaccine shots.

The researchers compared the womens' histories of behaviors that are risky in themselves or tend to be linked to risky sexual behavior, such as not using condoms, having sex for the first time when they were 15 or younger, having six or more sexual partners and drinking alcohol two or more times a week.

They found five variables related to sexual behavior that were significantly different between women who had been vaccinated and those who hadn't.

Being vaccinated, in contrast, was associated with less-risky behaviors, such as using condoms.

"In this study, the lower prevalence of some risk outcomes among vaccinated women relative to unvaccinated women may be related to underlying differences in preventive care seeking and preventive health behaviors," said Robert A. Bednarczyk, an assistant professor at the Rollins School of Public Health at Emory University, and who was not involved in the study.

"The women in our study were mainly from the catch-up vaccine program - older teens - and as in the other studies, it shows that among this group, vaccination was taken up by those demonstrating other types of preventive or less risky behaviors," Sadler told Reuters Health by email.

While the findings are encouraging, and consistent with other research demonstrating that HPV vaccination does not lead to riskier behaviors, the study does not demonstrate that vaccination causes less risky behaviors, said Dr. Jessica Kahn, a professor of pediatrics at Cincinnati Children's Hospital Medical Center.

"One explanation for the findings is that girls who are vaccinated receive education about sexual health and prevention which decreases riskier behaviors," Kahn said in an email. 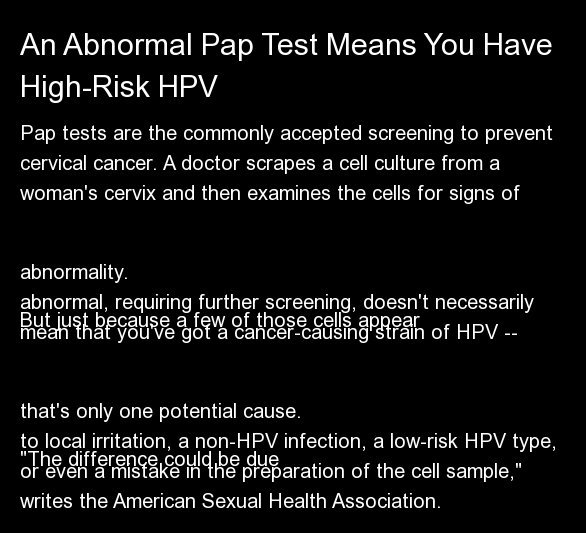