*See picture and video below*

Hubble 3D, an IMAX film released by NASA and which premieres in select cities today, adds a whole new dimension to space.

The movie will feature some of the Hubble telescope's most famous and breathtaking images like the Eagle Nebula's 'Pillars of Creation' or the Orion Nebula. These 2D images have been 'converted into 3D environments' to simulate for moviegoers the experience of actually touring inside starscapes.

A still from the movie offers a glimpse of the detail and perspective offered by the 3D experience.

The photo below is a still from Hubble 3D's four-minute virtual tour of the 15-lightyear-wide Orion Nebula. The three-dimensional model was built using Hubble images from 2006. It was a collaborative effort involving the Space Telescope Science Institute (STScI) in Baltimore, the National Center for Supercomputing Applications at the University of Illinois at Urbana-Champaign, and the Spitzer Science Center at the California Institute of Technology in Pasadena.

See more incredible Hubble on the Huffington Post here. Check out the trailer for Hubble 3D below. 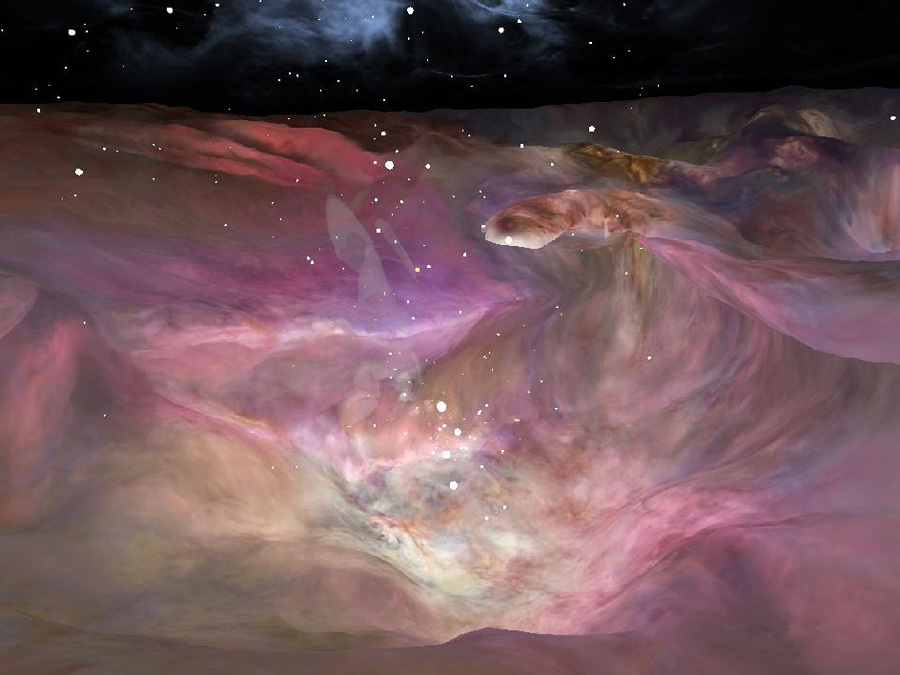 See an even larger view of the '3D' Orion Nebula here.

According to NASA
, '[The] movie chronicles the 20-year life of Hubble and includes highlights from the May 2009 servicing mission to the Earth-orbiting observatory, with footage taken by the astronauts.'
WATCH:
Download
Calling all HuffPost superfans!
Sign up for membership to become a founding member and help shape HuffPost's next chapter
Join HuffPost