The celebrated space telescope turns 25 on Friday. To mark the anniversary, NASA set the instrument loose to gaze at some fireworks -- that is, space fireworks. Hubble captured the spectacular photos of stars being born in "Westerlund 2," a cluster of 3,000 stars that is in Gum 29, which NASA describes as a "raucous stellar breeding ground" in the constellation Carina. 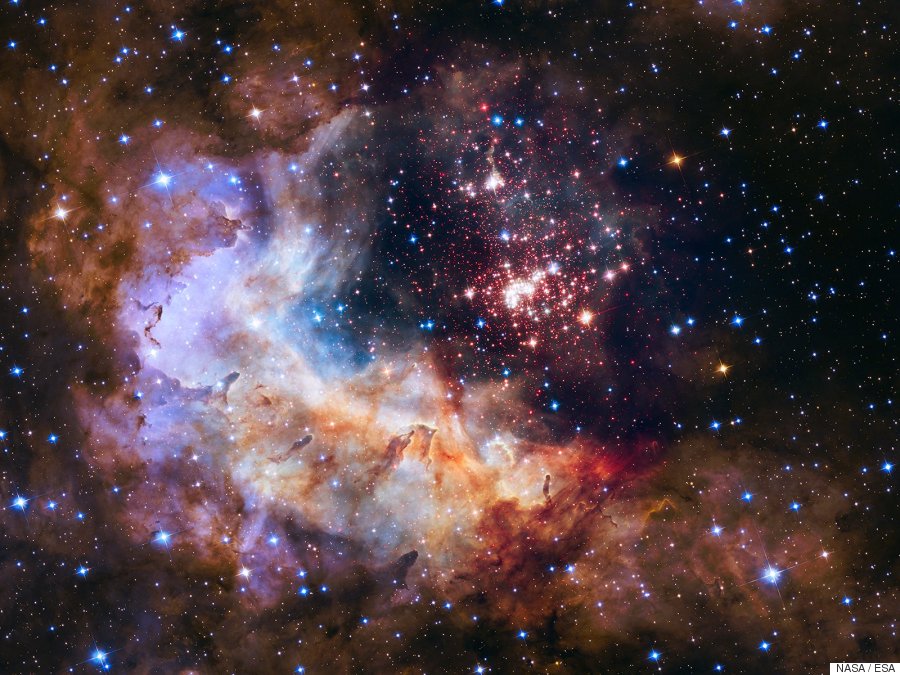 Westerlund 2, set in the stellar breeding ground of Gum 29.

"Hubble has completely transformed our view of the universe, revealing the true beauty and richness of the cosmos,” John Grunsfeld, an astronaut and the associate administrator of NASA’s Science Mission Directorate, said in a written statement announcing the anniversary. “This vista of starry fireworks and glowing gas is a fitting image for our celebration of 25 years of amazing Hubble science.”

The Westerlund cluster measures between six and 13 light-years across, NASA says. It's about 2 million years old, which in astronomical terms is fairly young. The thin pillars that fork out from the nebula are each several light-years tall. They owe their unique shape to the "torrents of ultraviolet light and hurricane-force winds of charged particles" that bombard them from the nearby stars.

Since its launch on April 24, 1990, Hubble has orbited the Earth almost 137,000 times and made more than 1.2 million observations of over 38,000 celestial objects, according to the Space Telescope Science Institute. The institute notes that Hubble's data archive, which grows by an average of 829 gigabytes each month, has so far been cited in more than 12,800 scientific papers.