On April 24th, the Hubble Space Telescope will celebrate 25 years since its launch. This provides an excellent opportunity to very briefly summarize what I regard as Hubble's greatest scientific achievements. I should emphasize two things: (1) I have used my personal judgment (and biases) in creating this list; other scientists may have different opinions. (2) I do not claim that these are all exclusive Hubble discoveries. By its very nature as an all-purpose telescope, in most cases Hubble helped cement existing suggestions, rather than making singular discoveries. Nevertheless, in all the topics listed below, Hubble's contribution has been crucial.

What do I personally regard as Hubble's "Top 6" scientific achievements? Here is my list:

(1) The discovery that not only is the expansion of our universe not slowing down, it is accelerating! These findings, made through monitoring distant stellar explosions (called Type Ia supernovae: Figure 1), have led (in combination with other measurements) to the realization that a mysterious form of "dark energy" constitutes about 70 percent of the cosmic energy budget.

(2) The mapping of the large-scale, three-dimensional distribution of "dark matter" -- matter that neither emits nor absorbs light, but which forms the scaffolding on which the cosmic structure is constructed.

(3) The determination of the history of the cosmic star-formation rate. This achievement came through a series of deep observations of the universe (Figure 2 shows the "Hubble Ultra-Deep Field 2014"). 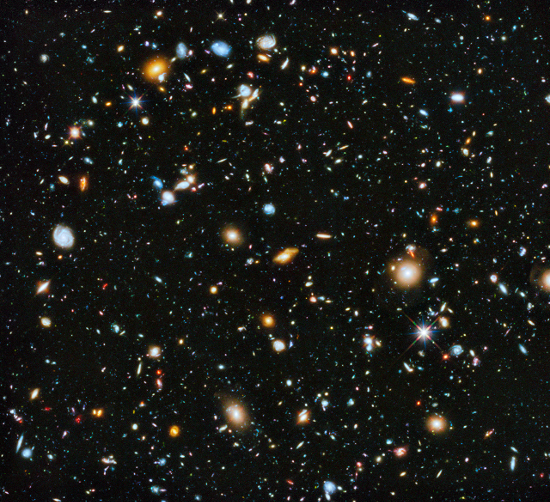 (4) The determination of the Hubble constant -- the current rate of cosmic expansion. The uncertainty in the value of this important cosmological parameter has been reduced from a factor of two, to about 3 percent. 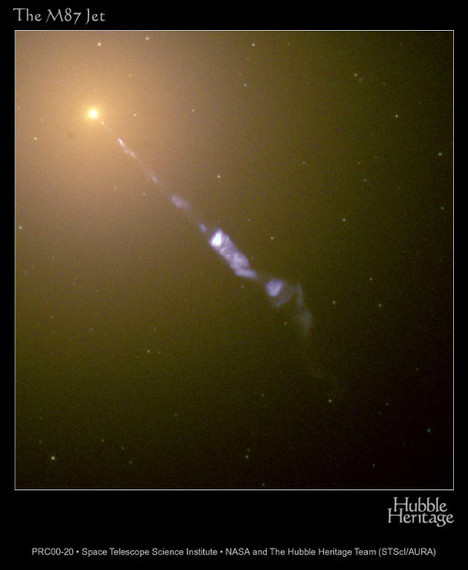 Figure 3. The optical jet from the center of the galaxy M87. Credit: NASA and the Hubble Heritage Team (STScI/AURA).

Given these spectacular achievements, I cannot wait to see what else Hubble has in store for us in the next five (or possibly more) years. Moreover, we are looking forward to a potentially even more exciting list, to come after Hubble's successor -- the James Webb Space Telescope -- is launched (planned for 2018).