Twenty years after it snapped one of the most iconic space photos ever, NASA's Hubble Space Telescope has revisited the "pillars of creation" in new high-def splendor. What better way to celebrate Hubble's 25th anniversary this April?

The new images (see below) provide a glorious wide view of M16, a small region in the Eagle Nebula located some 6,500 light-years from Earth.

“We laid the pictures out on the table, and we were just gushing because of all the incredible detail that we were seeing for the very first time," Dr. Paul Scowen, a research professor at Arizona State University in Tempe and one of the scientists who led the original Hubble observations of the nebula, said in a written statement from NASA. 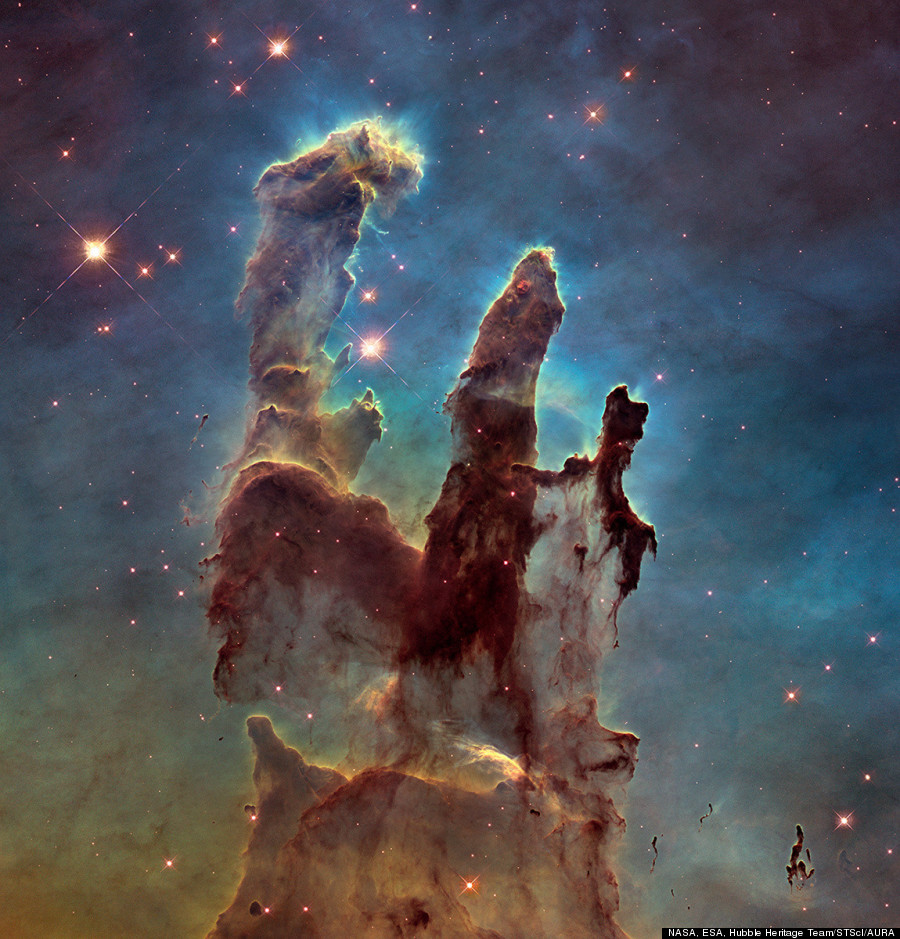 This new image, which shows the pillars in visible light, reveals a sharper and wider view of the structures. 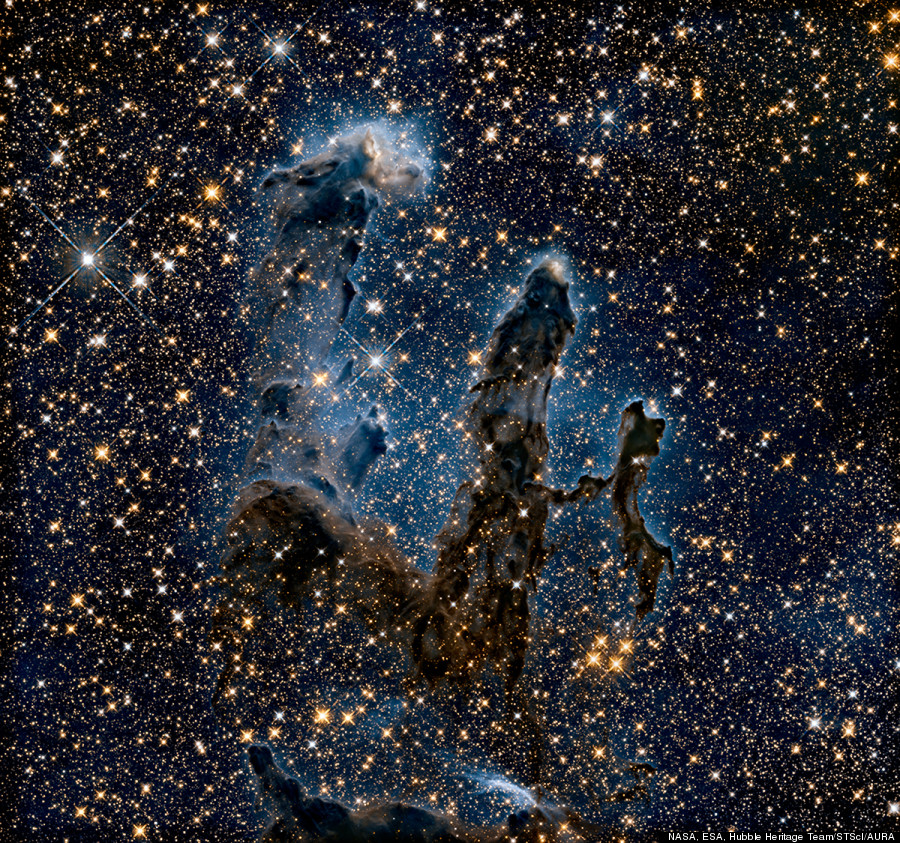 This image, taken in near-infrared light, transforms the pillars into eerie, wispy silhouettes against a background of stars. 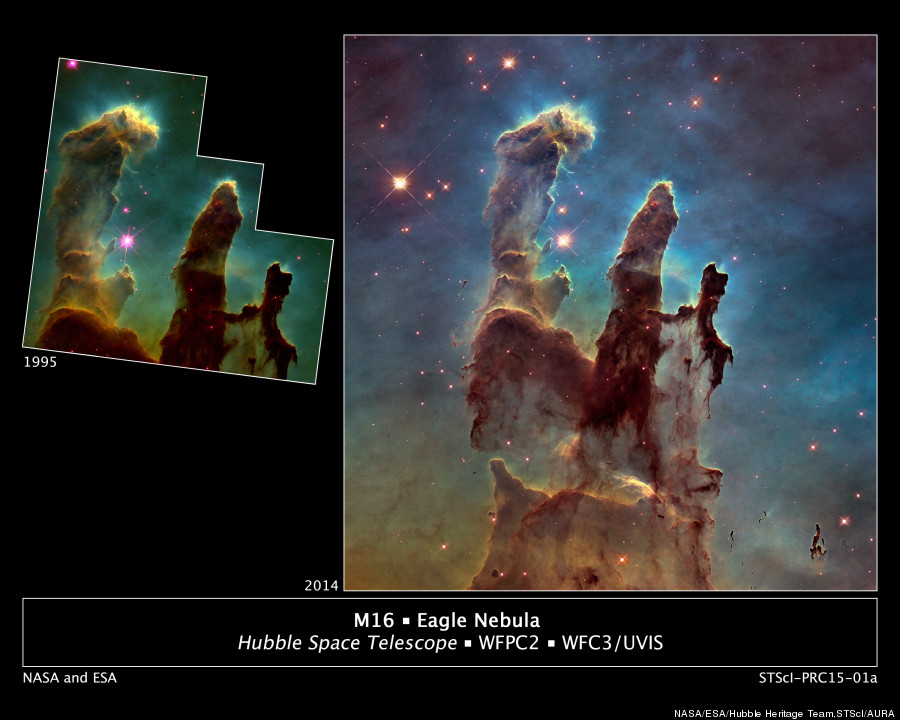 The new image of the pillars (right), shown alongside the original 1995 Hubble image (left).

The pillars in M16 are composed of cold hydrogen gas and dust. They're a violent hotbed for star formation--not unlike the environment in which our sun was born. Clusters of massive stars inside the pillars emit radiation and produce strong winds, which "sandblast" away the top of the pillars.

“There is the only one thing that can light up a neighborhood like this: massive stars kicking out enough horsepower in ultraviolet light to ionize the gas clouds and make them glow,” Scowen said in the statement. "Nebulous star-forming regions like M16 are the interstellar neon signs that say, ‘We just made a bunch of massive stars here.'"

1 / 29
A powerful X-class solar flare, one of three X-class flares unleashed by the sun on June 10 and 11, as seen by NASA's Solar Dynamics Observatory. X-class flares are the most powerful kind.
Goddard Space Flight Center/AP