The Hubble Space Telescope launched on April 24, 1990, ushering in a new era in space exploration.

From its low-earth orbit, the telescope can take pictures without interference from the planet's atmosphere, snapping photographs in visible light, ultraviolet and near-infrared wavelengths.

Scroll Down For Images From The Hubble Space Telescope

Named for astronomer Dr. Edwin Hubble, who established the notion that the universe is expanding, the images the telescope has produced over the past 20 years have similarly changed the course of astronomy, "[turning] astronomical conjectures into concrete certainties," according to the Hubble Space Telescope website.

Its landmark discoveries include more accurately gauging the age of the universe--13 to 14 billion years--and unveiling the existence of dark energy, "a mysterious force that causes the expansion of the universe to accelerate."

The Hubble has also detected gamma ray bursts from giant, collapsed stars, found protoplanetary disks where new planets are forming, and captured images of galaxies in different stages of evolution.

Most recently, the telescope documented the first-ever auroras above Uranus.

In celebration of the 22nd anniversary of the telescope, the Hubble science team released a mosaic image of stars forming in the Tarantula nebula.

In 1929 Dr. Edwin Hubble determined that "the farther a galaxy is from Earth, the faster it appears to move away." This formed the basis of the Big Bang theory, the prevailing cosmological model of the development of the universe.

While the telescope was launched in 1990, scientists soon discovered an imperfection in its main mirror that compromised its performance. This was fixed by astronauts in 1993.

Check out more awesome Hubble photos in the slideshow below. 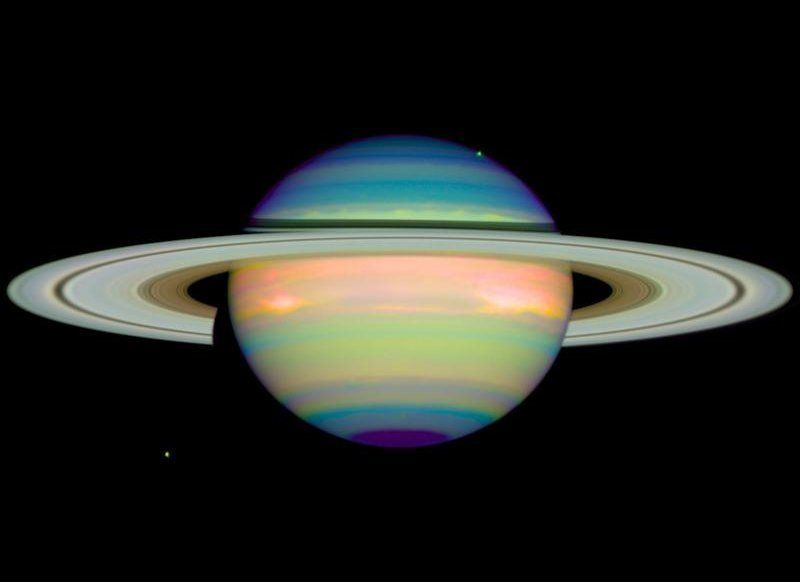