In this week's issue, Kim Bhasin takes a look at some of the ways major clothing brands are excluding plus-sized shoppers -- and finally getting called out for it.

We meet Elizabeth Licorish, a Lululemon Athletica employee in Philadelphia who noticed that large-sized clothes were being presented differently -- they tended to have outdated styles, and were relegated to a separate area at the back of the store, often left clumped and unfolded under a table. Customers got the message. As Licorish put it, "moms would come in with their daughters, look around and say, 'Clearly I can't shop here.'"

And Lululemon isn't alone -- in recent months, consumer advocates have criticized several prominent brands, including Abercrombie & Fitch, for "reinforcing their labels as status symbols for the young, white and classically attractive."

Despite the fact that retailers like H&M and Forever 21 have recently released plus-size lines, the industry has a long way to go toward treating all their customers with the respect. A majority of plus-size women complain that they have trouble finding desirable clothing styles and pieces of high quality, according to a new report. As Kim writes, "The dearth of plus-size products reinforces an implicit message that larger Americans have been absorbing for years: Shop only at select retailers that welcome your body type."

Elsewhere in the issue, Margaret Wheeler Johnson follows four couples that have taken steps to make their lives, as one couple puts it, "a little bit simpler." The result is a series of portraits of couples at different stages in life, united by their desire to find a more humane and sustainable definition of success -- making time for exercise, rest and renewal, while rejecting definitions of success that, not so long ago, had left them feeling burned-out and unfulfilled.

We meet the newlyweds Meghan and Josh, whose daily routine includes morning meditation, evening trips to the farmers market, yoga, and bike-riding. For another couple, Sarah and Jeff, it was graduating from college that gave them new perspective -- and with it, the will to change their lives. According to Sarah, "when you're not carrying around a bunch of frustration, that automatically puts you in a better mood and carries over into the relationship that you have with your partner; we're a lot closer as a result."

Finally, as part of our ongoing focus on stress, Gregory Beyer writes about Charlie Rose, and the napping habit that has allowed him to be more productive and more present on the air. 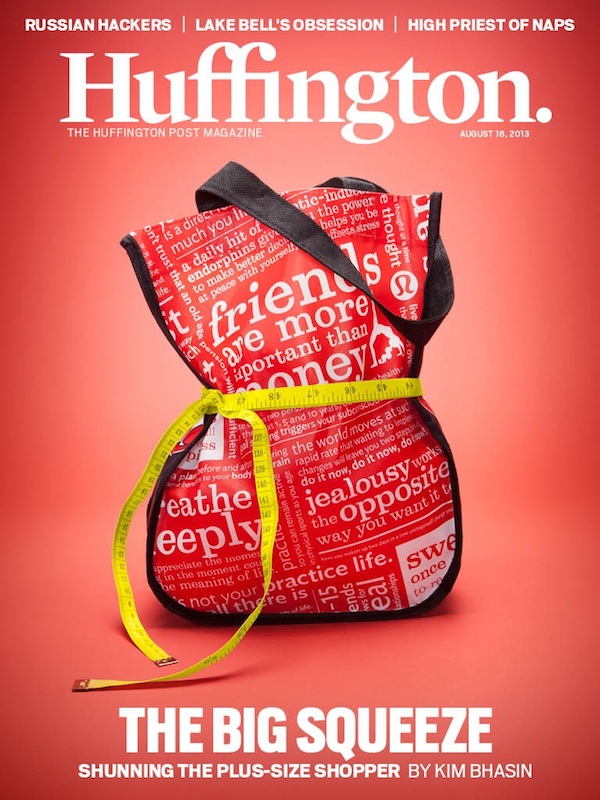