Neil Young has spent the better part of five decades becoming a living legend in the world of music and during all of that time he's never been a stranger to shining a light on political causes and exploring new mediums. He's directed films, put on benefits like Farm Aid, and established non-profit organizations. Next week, with the help of DC Comics, he will broach the world of comic books with the new release Greendale.

Vertigo, the more literary imprint of DC Comics, tapped Joshua Dysart to work with Young to adapt the story. Dysart is an old hand at mixing the entertaining memes of comics with the conceits of political undertones that leave you feeling good about the book and not as though you've been preached to. He was the mastermind responsible for Vertigo's relaunch of The Unknown Soldier, which I've written about for Huffington Post previously.

Dysart and I spoke recently to talk about the project: "Originally, Greendale was a bit of a rock opera in that the songs were loosely related to the Green family who lived in this fictional Northern California town of Greendale. And they're all very much grounded in activism and it's all very much Neil's frustration and anger over choices the Bush Administration was making in 2003 regarding our energy policy in particular. It's an activist album. He went on to direct a film by himself, which was sort of an accumulation of music videos, and a rock opera, and they put out an art book. And all of these further illuminated the narrative of Greendale. So when it came time for us to attack it, we sort of felt like the narrative had been wrung out from that angle, so we wanted to do something different, but firmly entrenched in the Greendale mythos. We got into the mystical aspect of the women of the Green family. And so what we tried to do was to tell a story that both had human elements that Neil Young had, but really use comics to their great strength."

And they very much did. The comic is an incredibly engaging look at Sun Green, a young girl in the Green family at the onset of her mystical powers. Between this super-natural awakening and her overriding outrage for environmental issues, Sun is left to deal with too much. But even more is piled when a mysterious Stranger blows into town, causing trouble. Sun is left to unlock the secrets of her family, focus her outrage, and find herself, before she's able to face off against the Stranger.

As a writer, Dysart, under Young's guidance, was able to straddle that balance between literature and political speech without ever crossing a line that would make it seem trite or forceful. His masterful words are accompanied by Cliff Chiang's artwork. The imagery is top notch and the subdued colors by Dave Stewart lend the book an ethereal quality you'll want to read again and again.

Presented below are 13 pages for your viewing pleasure. I would recommend you pick the book up. If you're a fan of Neil Young or comic books, you won't be disappointed. It hits book stores June 15, 2010.

Bryan Young is the editor of Big Shiny Robot!, a comic book news site. You can listen to the full interview with Joshua Dysart here. 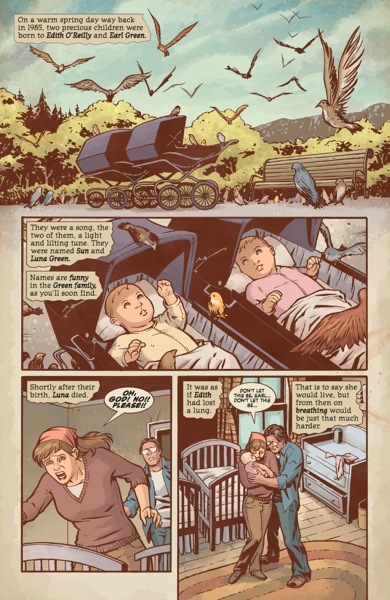 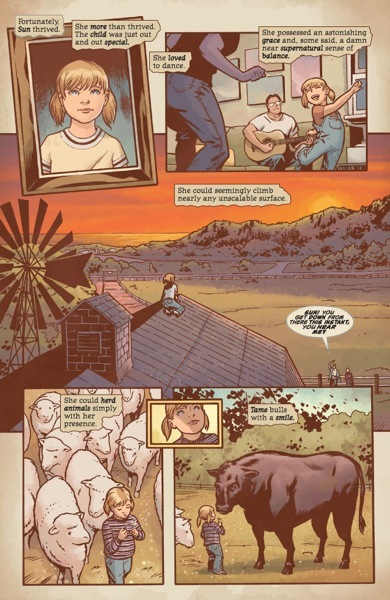 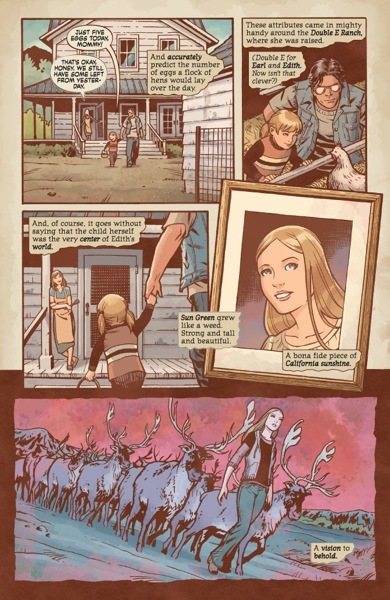 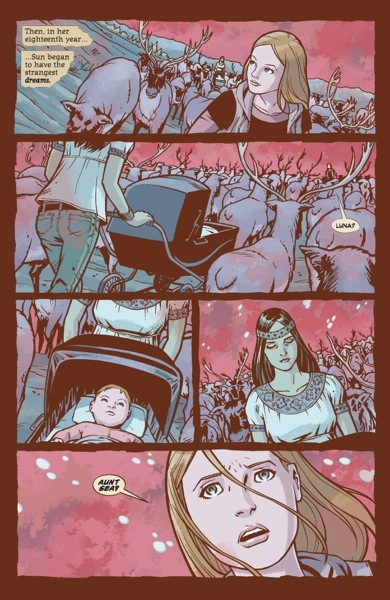 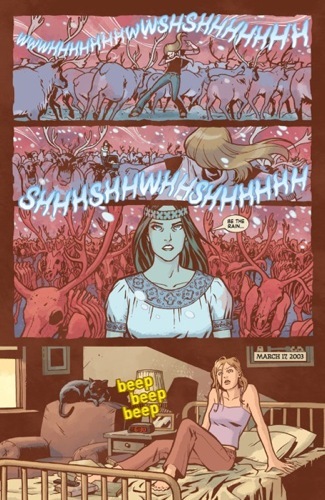 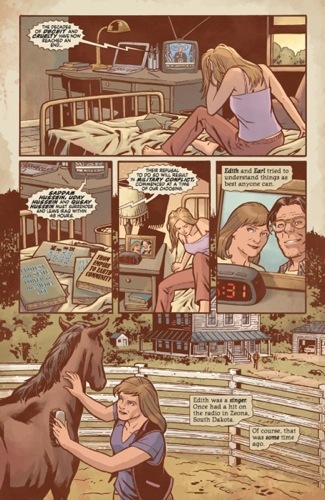 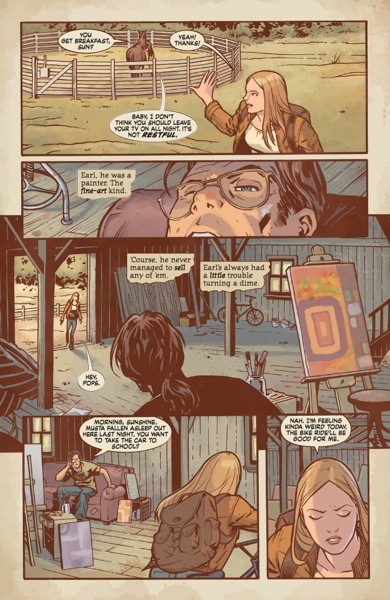 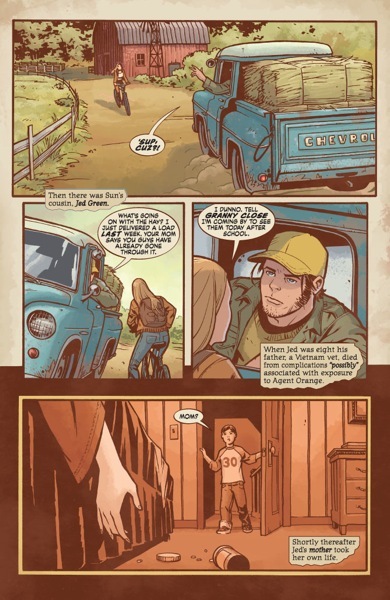 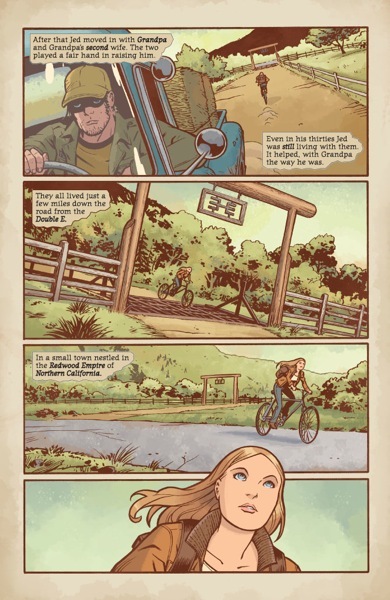 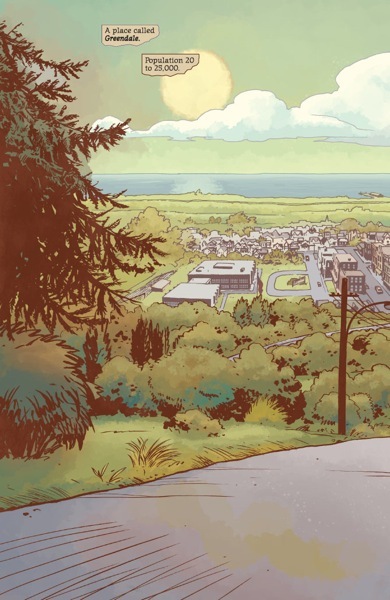 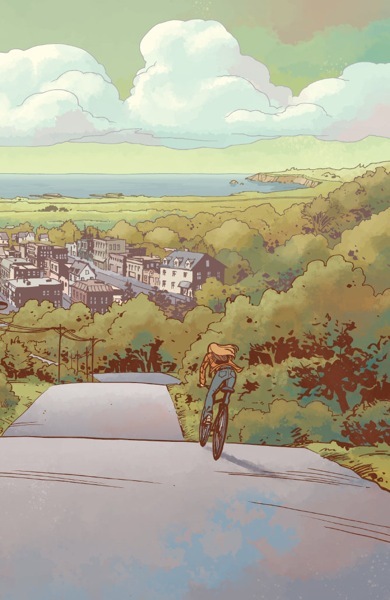 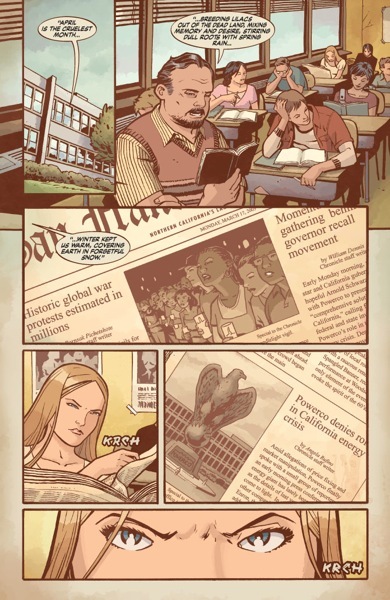 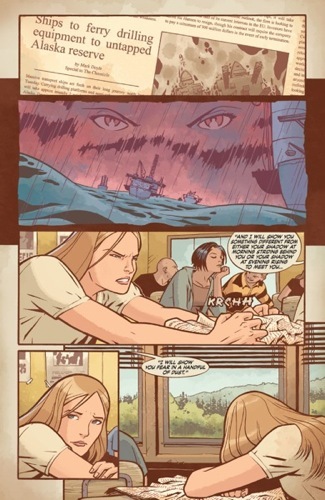