What, you may ask is "An Exquisite Beast"? It is a daily project by designer and illustrator Emory Allen, an ever-expanding assemblage of images which operate both independently and collectively.

The evolving tableau gains its title from "An Exquisite Corpse," a game often played by Surrealists where words or images are collectively assembled according to certain rules. (The first game resulted in the sentence: "The exquisite corpse will drink the new wine.") Something unexpected emerges as if by magic.

Allen embarked on a similar project, wishing to engage in a daily creative exercise. Though he is working by himself, he has created a multi-headed beast that has taken on a life of its own. Allen has contributed to the beast every day for the past five months, each daily drawing picking up where the last left off. We asked him some questions about the ambitious project. 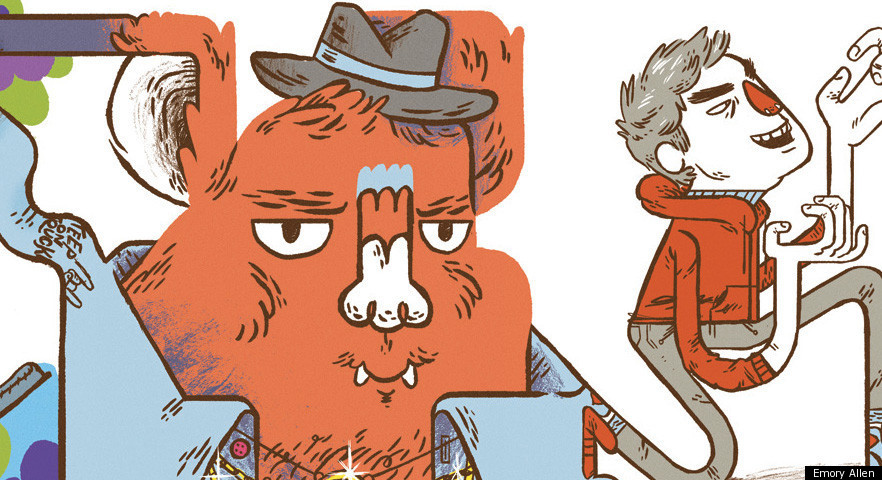 HP: Where did you get the idea for An Exquisite Beast?


EA: Well, I had been working as a freelance illustrator/web designer since January last year. Unfortunately, the illustration side of it wasn't really paying, so I found myself doing more and more web design. I needed to shake things up.

I've seen other illustrators take on daily drawing projects to varying degrees of success, so I wanted to challenge myself to do the same. The format really came from just thinking about a unique way to present my drawings on the web.

HP: Have you ever taken a day off?

EA: For the past five months, a drawing has been posted every single day.

If I know I'm going to be out of town for a few days, I make sure to do enough drawings ahead of time. Sometimes doing three or four, on top of my other work, to make sure I never miss a day! 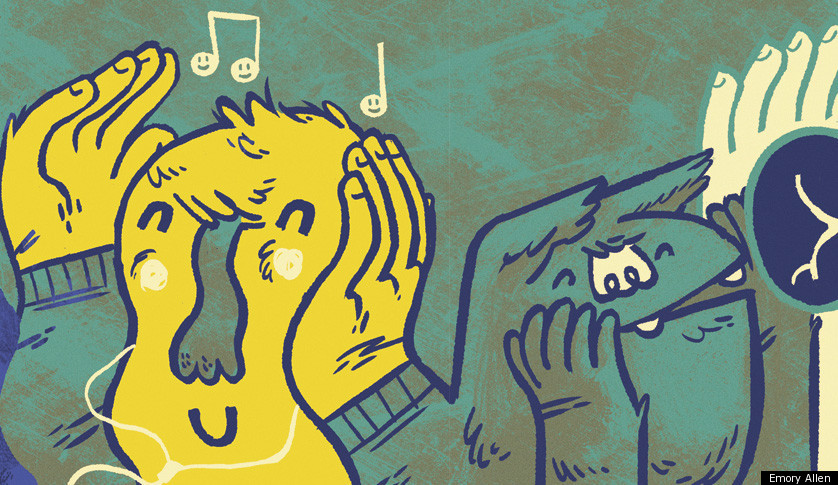 HP: That's incredible! So your images are linear, literally speaking. But how straightforward is the narrative? Are you telling a single story or is it more free form than that?

EA: What I really enjoy about illustration is being able to tell a story with a single image. With each illustration, you get a sense that something happened before and something will happen after. You're just seeing one snippet that can reveal a larger story. So, early on I had though about making it a continuing story, but my goal with the project is to really explore ideas, to challenge myself to come up with a new concept/story every day.

HP: You make all of these drawings on photoshop. How do you feel about drawing on photoshop vs. drawing by hand? Do you see a significant difference in the styles?

EA: It wasn't until I started drawing digitally that I found confidence in my drawing ability. Each line and color became less precious because it was so easy to change or undo anything I did. I experimented more. I'm at a point now where there's not really a difference in how I draw whether it's digital or on paper.

EA: My most recent inspiration is "Drive." When I watch that movie, I don't only see Ryan Gosling kicking ass, I see unrelenting passion. I see a director who is obsessed with making every shot count. Every frame in that movie is perfection. It's that kind of passion and obsession that I try to bring to my work.

Check out some images from the beast below and see them all on the website here: