Growing up, filmmaker and activist Brandan Odums idolized Martin Luther King Jr., but concedes his reverence was "by default."

"He was my hero because I was told he was my hero. I was always taught history from a removed perspective. Words on paper, it wasn't alive to me. We have to make it alive."

Today, as the founder and president of 2-Cent Entertainment, 24-year-old Brandan strives to do just that, combining his passion for filmmaking with his impulse for social change to make the lessons of Martin Luther King Jr. and others relevant to young people. 2-cent Entertainment--so named because of the group's genesis as a medium for young people to express their opinions--tackles taboo social issues with comedy and satire.

He started 2-Cent in 2004 as a college filmmaking collective to create skits and music videos targeted at urban youth in New Orleans, the group's hometown.

At the time, Brandan was working at a local access television station when he was struck by the one-dimensional nature of community driven programming. "The shows would address issues but they did not stand out against more flashy and more ignorant programs," he said. "The content was needed but the presentation was boring."

Studying film at The University of New Orleans, Brandan remained true to television as a medium but he knew he had to create content young people would want to watch. 2-Cent began as "'Sesame Street' for grown-ups." Brandan quickly recruited peers with relevant talents and the group debuted their first skit,addressing cultural perceptions of the black male. Brandan cites the group's authenticity as the force behind 2-Cent's enthusiastic reception by the New Orleans community.

"We created a show that we wanted to see--we were speaking to ourselves and people could relate," he said before adding, "We didn't come at them preaching, we were just having a conversation and entertaining them."

The members of 2-Cent now divide their time between filmmaking and service, working in schools and collaborating with local non-profits on campaigns to address inner city violence and illiteracy.

"To me, marching served its purpose during the 1960's. Today we can demand an audience any time we want to--the camera is our weapon," he said.

He keeps his peers motivated by reminding them how young Martin Luther King Jr. and his supporters were when they took to the streets of Selma.

"I realized how young these guys were when they started creating change and I try to put young people today on the spot," Brandan said. "We can accomplish what they did. We have more tools, we have a stronger voice and stronger power through technology and social media."

2-Cent continues to combine their broader messages with on-the-ground community building. The organization recently teamed up with Scholastic to launch a city wide literacy campaign. True to form, 2-Cent has remixed rapper Lil Wayne's hit "Every Girl," to become 2-Cent's "Every Book."

"Yes, we're trying to spark young minds--we have their ear, they want to hear more. We do it playfully, but the message is clear: you're young but this is your time. You don't have to wait until you have some sort of status to create change" 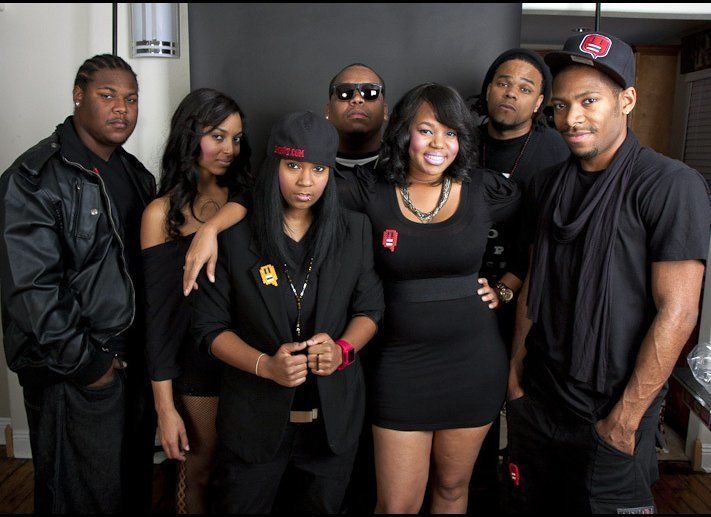